From rearing pigs to being a self-made billionaire: Zhou Qunfei’s tryst with success 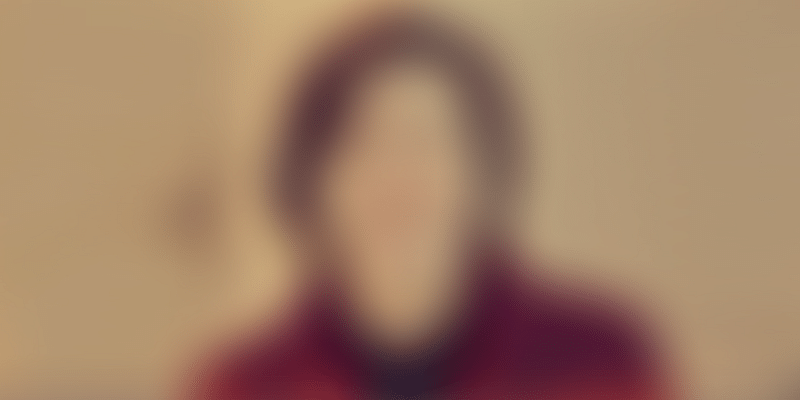 A poster child of the rags to riches story, Zhou Qunfei’s success paints a picture of dedication, hunger for success, and defying every restrictive social norm - gender, poverty, class inequality. Born in a family with meagre means in Xiangxiang, Hunan province in China, life was quite difficult from the early days. Times got even tougher after the death of her mother and her father slowly losing his sight. These turn of events eventually forced her to drop out of school and she later joined a small watch glass making factory in Shenzhen, where she learnt the trade of making watch lenses. Being made to work for more than 12 hours on most days, she still managed to scramble some time to educate herself in accounting.

After years of hard toil and saving every hard-earned penny, she set up a silk-screen printing unit in 1993 with the help of some relatives. Though it was a watershed moment in her career, Zhou still had a long and arduous journey ahead and she met each obstacle with the same grit she showed while fighting every odd that life threw at her. The turning point for the company was in 2003, when Motorola called Zhou Qunfei and asked the company to design a scratch-proof glass for their Razr V3 phone. Following which, other mobile companies of the likes of HTC, Nokia, Samsung followed suit. Soon enough, even Apple lined up to get their phone lens made at the Hunan-headquartered Lens Technology.

What followed was a meteoric rise for the company and Zhou’s financial standing. With a net worth of $7.4 billion, she wasn’t just the richest woman in China but was pronounced to be the richest self-made women billionaire in the world. But Zhou is still relentless and tireless in her pursuit to keep pushing the barrier and sustain her success. So much so that reports claim that she has living quarters built in her office and factory, since she on most days works 18 hours and late into the night.

In 2016 Fortune magazine featured her in their list of Most Powerful Women of Asia-Pacific. Zhou Qunfei’s story continues to inspire millions of women workers in China and other budding entrepreneurs. Here are some lessons from her life that everyone stands to gain from.

“Twice I had to sell my house to pay my employees’ salary.”

From having to rear pigs and ducks as a child, to leaving her education, to toiling away in inhumane conditions as a factory worker, there were many points in Zhou’s life where she could have just given up. Yet she persevered and made something of her situation rather than cringe and blame the universe for her misfortunes. All the while she laboured at the watch lens making factory she kept learning the trade and the gig at factory later turned out to be a blessing in disguise. Purely because she never stopped learning and making her way out of the predicament.

“I had a mentality back then that I only wanted to learn whether you paid me or not. I had a pursuit different from others because they all came from downtown areas with money but I didn’t have any. All I wanted is to change my destiny with my own efforts.”

“During the period of China’s rapid economic growth, there were plenty of opportunities for entrepreneurs, including women. It allowed me to develop my business.”

Though circumstances forced Zhou to quit school and move to Guangdong province to work, she still looked for opportunities beyond the factory to educate herself. Being aware of the value of a good education, she pitched whatever leftover time after work to engage in study. Though she didn’t have access to the best of colleges, she still managed to achieve the best with whatever was at her disposal. The years spent toggling between her factory work and university courses moulded her acumen and expertise in the lens making industry. And by the time she started out on her own, she was qualified in accounting, computer operations, customs processing, and even got herself a commercial vehicle driver’s licence.

Be honest and have gratitude

“I’m not qualified to be a high-profile person.”

As working conditions worsened at the watch factory, Zhou decided to resign from her job. When she approached the employers with her intention, she was honest and straightforward about the long hours and maintained that the job bored her and she didn’t see any growth. She even went ahead and expressed her gratitude towards the employers for giving her the opportunity to learn. Impressed with her courage and frankness, the employers decided to keep her on board and gave her a promotion.

Be prepared to take risks when required

“In the village where I grew up, a lot of girls didn’t have a choice of whether to go to middle school. They would get engaged or married and spend their entire life in that village. I chose to be in business, and I don’t regret it.” Zhou had shared in an interview to New York Times.

When the factory where she worked closed down, Zhou took it as an opportunity to use what she learnt in the factory and begin her entrepreneurial journey. Even with the knowledge she possessed there was a great degree of risk involved, mainly because she was investing close to $3,000 of her and her relatives’ money into the venture. But she didn’t allow doubts and naysayers to get the better of her and at the age of 22, she established her own company. And as things have it, she never looked back and at the age of 47 she went on to become the youngest woman billionaire among the billionaire pack. Just another feather in the cap for this woman of absolute resolve.

Even though Zhou’s official routine takes all of her time, she considers her work as her hobby. However, she does not give into the grind without taking time off to relax. Zhou loves mountain climbing and playing table tennis. This helps her to balance out the rigours of the entrepreneurial life.

Zhou Qunfei’s story is a proof that poverty cannot be a barrier to dreams, but dreams can put an end to poverty. Her story shines as a beacon of hope to the many bootstrapped startups struggling to find their place in the competitive market. Qunfei is at the vanguard of the entrepreneurial spirit and her life offers lesson which others can emulate in their efforts to overcome hurdles and attain their dreams.