What would an AI-enabled TV be like? Sensara’s Sensy Fusion shows you just that 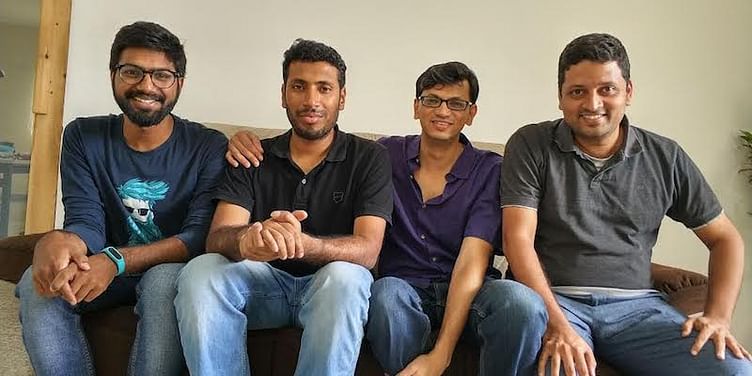 If you thought weekend cable TV viewing was a relaxing experience, think again. In a classic first world problem, despite there being 100-odd channels to browse through, chances are that you actually can’t find a show you really like, and end up getting frustrated at there being nothing to watch. The alternatives are online entertainment providers like Netflix, for which you need to have a subscription.

Now imagine that your TV was intuitive enough to list shows based on your preference for actors, or your interests.

That’s just one of the things which Sensy Fusion – an Android-based, Artificial Intelligence (AI) powered media centre device can make your TV do. While devices like Kindle Fire TV stick are only for Internet-based TV and are not compatible with set-top boxes of satellite TV providers, Sensy Fusion provides a “Hybrid TV Experience”, merging both Internet-based TV and Broadcast TV.

A product from Bengaluru-based Sensara Technologies, Sensy Fusion allows you to run apps from your TV, turns your phone into remote, or a TV screen, and use voice commands to run the show. With Sensy Fusion, Sensara has reimagined how the mobile and TV should interact with each other and in silos.

“The best part is that Sensy Fusion works with your existing television, your existing set-top box, and your existing WiFi router and internet provider to give you full control over your TV experience,” says Bharath Mohan, Founder, Sensara.

Bharath, who holds a PhD in Machine Learning from IISc, and has worked with companies like Google, says, “TV has been sort of untouched for a long time. Today, we are part of a tech revolution that is powered by Machine Learning (ML). The equivalent has been slow to take off in TV. Sensara was started to improve the TV experience using AI and ML.”

At Sensara, AI and ML are used to drive personalisation, contextual discovery, and natural language processing (NLP), among other things. Bharath explains, “Our user experience has instant personalisation. Based on user tastes, the solution predicts the shows they would find most interesting at that moment. When it comes to contextual discovery, SensyFusion recommends related videos from YouTube and other online sources, based on what you are watching at that point of time – a Hollywood movie, or a Hindi reality show.”

Since voice-based command is an important feature, the NLP system plays a key role. When the user says, ‘Show me English movies channels that are not on commercial breaks now,’ the NLP system deciphers the intention and gives users information about the relevant channels. Another interesting feature is the dynamic trailers, where Sensy Fusion is able to automatically generate trailers and signature clips of shows.

Sensy Fusion is being tested by a few early adopters, and will be released in the market shortly. The 20-member team at Sensara has their hands full, working on product development, improvisation, ensuring that their products are ready to be shipped to stores, while also guiding early users through the device, ensuring sales and reaching out to more distribution channels.

He believes that there is a distinct push by the retail industry and as well as the startup and tech ecosystem to work closely with innovators. “For instance, Amazon's Launchpad Head saw us at a NUMA pop-up event and invited us to Launchpad. Amazon Launchpad chose Sensy Remote from Sensara as the first Indian product to be part of their special cohort of innovative products for India. In a year, we sold thousands of products - thanks to Amazon's push. Then Croma saw us on Amazon and wanted us to sell in their stores - in a specially featured section for innovative products. Now, we have Qualcomm that's helping us in our next step. Each step encourages us to build something better,” he says.

Sensara is among the six Indian startups which has been shortlisted for the Cycle 2 of the Qualcomm Design in India - Challenge 2017 (QDI-C 2017). In addition to $10,000 in prize money, mentorship and unlimited access to Qualcomm’s Innovation Lab, the six shortlisted startups are being given technical support in terms of Qualcomm chipsets.

Bharath says, “We are so happy to have Qualcomm endorse our vision and believe in the future potential of Hybrid TV. They are supporting us to enable these experiences on their chipsets.”

He adds, “Qualcomm is a company that's ahead of the thinking curve of future computing needs. It's like working with the future.”

Sensara began its journey in 2015 as a software company but soon branched to include hardware. Bharath says, “We realised that in today's world, good products need both hardware and software working together. That’s when we decided to put our head deep into hardware design and launch our own products.”

One successful product is Sensy, which is redefining the television experience in a lot of Indian homes today. The Sensy app allows the mobile to command the TV. Sensy doesn’t just use your phone's infrared, but also its microphone, Wi-fi and GPS, to work together to make the TV viewing experience richer. Sensy has been designed with a goal to be the best remote app for TV watching. They have added support for all Indian set-top boxes. All users need to do is to ‘pair’ the app to a set-top box by choosing the model they own. Today, Sensy has had more than 100K installs.

Bharath says that lack of access to early adopters in India is one of their biggest challenges. “The size of the savvy, rich, early-adopter market in India is still small, fragmented and hard to reach. At best, there may be about 1 million Indians willing to risk up to INR 10,000 for a new product. But they are hard to get to. The only way to reach them is through mainstream marketing - which is expensive.”

The other big challenge is the traditional mind-set of the Indian consumer – wanting the best at throwaway prices. He says, “When people see our Smart Remote, they want it to have features similar to Chromecast, Alexa, and everything else bundled in. But they still think Rs 1,199 is a high price, and that we should be selling at Rs 499. This extends well beyond consumers even to business partners. They want a Hybrid TV box at Rs 1,000. In addition, there is also a low tolerance for failure when it comes to new innovative products.”

He believes that these challenges hinder innovation “Till an innovative product meets the large consumer market, the price will be on the higher side. But not many are willing to invest in innovative products, mostly because of the cost factor.”

The challenges don’t stop Sensara from dreaming big – wanting to be in every living room in India, and from there on to the world. “India is the largest TV market in the world in terms of houses that pay to watch TV. Because, TV is not just an urban phenomenon in India, TV content is the best way to bring Wireline Internet to every home.”

The Sensara team is in talks with TV vendors, TV operators and set-top box manufacturers, “to make our software available to them, while being very conscious of the price points so that make our solutions affordable to emerging markets.”

The team at Sensara believes that next big leap for TV is to become an interactive device for all the household entertainment needs, with voice-based interfaces playing a pivotal role. And, with the integration of AI, a big change in the entertainment industry is around the corner. With infinitely more data available about what people like to watch on TV, and what they've actually watched, it will change how the content is consumed in the entertainment and advertising industry.

Bharath sums up, “The TV industry has never been a stranger to technology. We are only helping it transform to the age of machine learning.”