This autorickshaw driver is an author, RJ, philanthropist, and winner of 31 awards 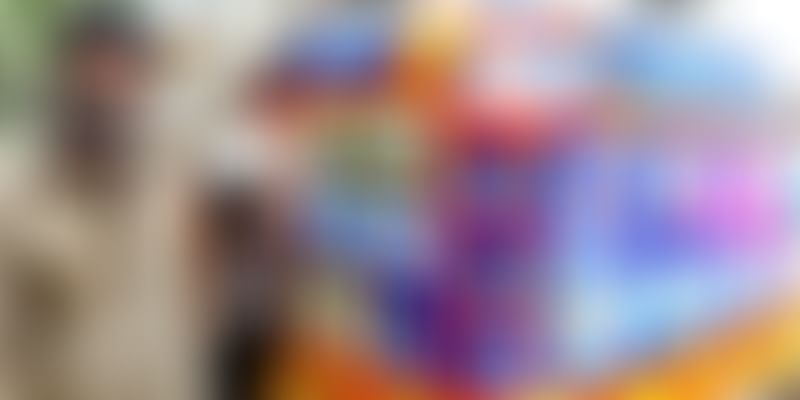 Shivakumar GC is a 52-year-old autorickshaw driver from Bengaluru. Negotiating the streets of the city for the past 25 years, Shivakumar's auto is hard to ignore.

Popularly known as Auto Shivu, Shivakumar's auto is equipped with a library and first aid box. His auto is neatly decorated with quotes and pictures of eminent writers and personalities. Senior citizens, students, and relatives of jawans are given good discount, and youngsters feel encouraged to click 'selfies'.

In 1993, Shivakumar had watched Auto Raja, a super-hit Shankar Nag film, and decided to drive an auto for a living. An auto driver for 25 years now, Shivakumar has won 31 awards, mostly received from the city police for honesty displayed in returning customer's valuables.

Shivakumar, over the years, has become a local celebrity among people. He told The Hindu,

"My passengers have made me famous. I sometimes feel like Aamir Khan or Salman Khan just by the way people treat me."

Living with his 18-member joint family in Dasarahalli, Shivakumar wears many hats. He has written 1,500 poems and turns into a radio jockey twice a week, where he hosts a show for Radio Active. The Class VIII dropout also donates books and uniforms worth Rs 1 lakh every year to ensure more children can study.

A strong believer in value-based education, Shivakumar also visits schools and shares his views with children. He told The New Indian Express, "To spread this message, I have written short poems and printed posters that talk of the teacher-student relationship. I have distributed posters to over 1,500 government and private schools."

Amar Singh, the auto driver who became a millionaire by building an empire of amla murabbas in rural Rajasthan