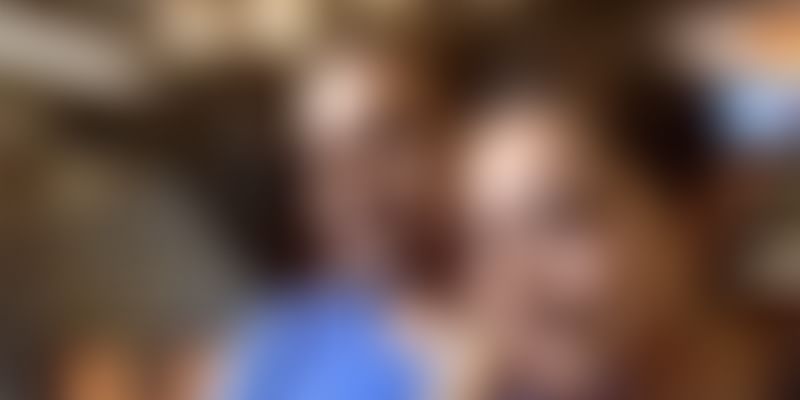 Founders: Alankrita Sood, Akshay Chhikara, Vikas Kalwani (who is not a part of the Mirakee team currently)

Where is it based: New Delhi

This verse of mine, addressed to you,

Rises up to see places we have never been.

Skylines of our futures,

Built to leave a legacy of our love.

This evocative verse, written by Mirakee user Eric W. Killip, illustrates what the platform means for over one lakh budding writers. Alankrita Sood and Akshay Chhikara, alumni of Gurugram’s Northcap University, along with Vikas Kalwani launched Mirakee in July 2016. Vikas left Mirakee after a nine-month stint.

Mirakee has become a community, with writers not only sharing poems, quotes, micro-tales and thoughts on the platform, but also actively taking the effort to support and guide each other. The name Mirakee is derived from the Greek word meraki, which means imbuing one’s soul, passion and creativity into something.

While Facebook, Twitter and Tumblr can be utilised by writers, Mirakee’s USP is that it is solely focussed on creative writing, and users can copyright their original content with a watermark. User can create visually stunning posts that match with their words using creative designing tools. Mirakee also offers users the option of writing in regional languages. The post of the day is chosen every day to further encourage and give visibility to writers. Plagiarism is taken very seriously and any report of copied content is looked into within 24 to 48 hours and the writer given an initial warning and even banned in case he or she continues to do so.

In terms of word count, Mirakee hovers between Twitter and Medium, with most posts averaging a few short stanzas. Similar apps would be YourQuote as well as talent and interest-based app Nojoto in India right now.

Mirakee currently has around 200 verified authors from around the world. Alankrita says,

In fact, there is quite a bit of cultural exchange going on with writers from USA wishing their Indian counterparts Happy Diwali and Indians wishing them on Thanksgiving.

The New Delhi-based startup is bootstrapped and is actively seeking funding. Alankrita says, “We are looking for seed funding. We recently applied to TechStars and reached the final round. Even though we didn't get through, this experience gave us the confidence that we are on the right track.” The team is currently focusing on expanding their user base and they aim to monetise the platform in future through advertising and brand promotion.

The core team consists of just the founders. A few freelancers including an iOS developer and content writers form the rest of the team.

Alankrita is an Android developer and had worked with TCS for nine months after graduation. She then co-founded Pricerobo, a price analytics engine with her brother. She says,

I decided to pursue my dreams and envisioned Mirakee, an amalgamation of my technical knowledge and artistic inclinations. Developing a social networking app for unhindered expression of thoughts, emotions and ideas for those who love to delve in the beauty of writing has been a dream come true.

Akshay worked for more than two years with companies like Pomello as a backend developer.

Mostly, Alankrita and Akshay have faced an immense learning curve over the past two years. Alankrita signs off with, “We face problems each day - technical or otherwise. But I keep dissecting them and solving them. I don’t get bogged down and have developed a very keep-moving-forward attitude. There are 10 different pending items constantly at the back of my mind. So, I have learnt I need to take care of my health, so I am able to do justice to my work.”