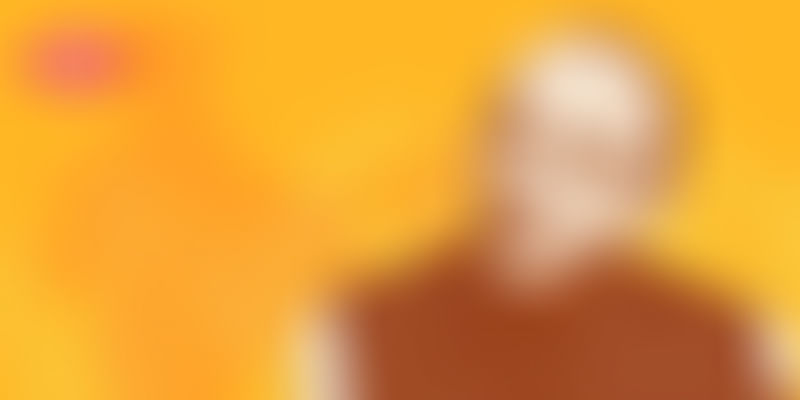 The Union Budget is right here, and the startup ecosystem is anxious as to what February 1 will bring for it. With the government already in preparation for the General Election in 2019, industry watchers say this Budget could be populous.

The demonetisation of high value currency notes in late 2016 and implementation of the Goods and Service Tax in July 2017, was followed by the government promising massive capital investments to formalise the payments economy.

The FinTech ecosystem, however, stands far from impressed as there is lack of clarity.

Below are sector tales on expectations from Arun Jaitley

In the last Budget, the government had exempted basic customs duty, Central Excise / Countervailing duty and Special Additional Duty on Point-of-Sale devices to promote cashless transactions in the wake of demonetisation.

Implementation of the GST in July, however, brought these devices under the new indirect tax regime in the 18 percent bracket. Players in the space say the new tax regime did not make the devices any cheaper.

“There is no exise duty on importing of PoS devices. However, there is GST levied on buying of the device. Earlier, a service tax of 15 percent was levied while buying a PoS device. Now the GST levied is 18 percent. This doesn’t help the cause of better acceptance of digital payments in the country.”

For a merchant, the current cost of procuring a Point-of-Sale device is between Rs 7500 and Rs 8000. Over that, there is an 18 percent GST, which still makes installing the device an expensive proposition.

“There should be a case for reduction of GST so the benefits are passed on to the consumer. My suggestion is that the GST levied on these devices should be capped at 5 percent, so digital infrastructure becomes cheaper.”

A Merchant Discount Rate is the amount a bank charges a merchant on digital payments. The Union Cabinet recently said charges on all debit card, BHIM UPI, and Aadhaar-enabled payment system transactions up to Rs 2,000 would be borne by government for two years with effect from January 1, 2018.

While this makes it lucrative for merchants to accept digital payments, the axe seems to have fallen on banks and private players laying this infrastructure.

However, the banks providing the infrastructure (called acquirers) are still expected to pay the issuing banks on time.

“So, the acquirer (infrastructure provider) settles the amount which the issuer makes on the transaction. However, there is no clarity on the cycles at which government will reimburse the acquiring banks. Right now, the directive from the government is executed, merchants are not being charged but (acquiring) banks haven’t gotten their money. This could create a short-term working gap for private PoS players.”

Other players in the sector said there needs to be clarity on the nodal agency that will reimburse the money.

To this, Anand states,

“The Government must pay. There has to be substantial focus given to the acquiring side since there is maximum work done in even training retailers. Payment acquiring is infrastructure, and around the world acquirers are paid for it. However, in this case, they have to pay the issuers.”

Anand says that because of this, small banks are not actively looking at the business of acquiring merchants.

The case of Aadhaar Pay and AEPS

In March last year, five banks rolled out their Aadhaar Pay services. Aadhaar Pay is a merchant service that enables receipt of digital payments through biometric authentication of a customer, provided their bank accounts are linked to the Aadhaar number.

Aadhaar Enabled Payment System allows merchants to turn financial correspondents, acting as micro-ATMs for customers. To spread the impact of these services, the government last year encouraged introduction of 20 lakh Aadhar based PoS by September 2017.

Anand, however, says not more than two lakh devices were deployed.

Highlighting another loophole, he adds,

“There is more incentive for a merchant to turn into a business correspondent and push people to use the AEPS service to withdraw money and recycle that cash to buy goods. This invariably brings us back to the dependency towards cash.”

Further, banking correspondents with AEPS get incentivized for every transaction made on the network, as opposed to an Aadhaar Pay merchant, for whom the transaction is not charged.

On the contrary, Dewang states, “The current agenda should be a mindset change. And there seems to be news that banks are going to charge merchants for cash deposits. So invariably once cash starts becoming more expensive, it reduces the dependency automatically, filling the loopholes.”

Duplication of digital and physical processes

Naveen Surya, Chairman of the Payments Council of India says that according to KYC norms, eKYC is valid for only a year, which doesn’t really help any FinTech business.

“The Digital KYC is valid for only a year, after which companies have to verify paper documents. This increases the capital cost for FinTech businesses, as it is giving them a leverage for a year. The government has to take a clear stand because then, how are our young age FinTechs different from age-old institutions if they are all dependent on paper.”

Last year, the finance minister had proposed setting up a payment regulatory board within the RBI to regulate electronic payments, replacing the Board for Regulation and Supervision in Payments and Settlements System.

A spokesperson close to the development said,

“This thesis came through the Watal committee, and finally two things came out across that round the globe payment regulators are separated by a banking regulation. The Central bank has a soft corner of banks, and that creates an issue. You need to see payments separately than banking.”

The spokesperson adds, “Some discussions were going on. Two government nominees were also called. But nothing happened and I think idea fell through.”

Other recommendations for the Budget come from the Payment Council of India:

The PCI urged the government to review the Watal committee recommendations for digital payments in the country, and accelerate its implementation. The council said many announcements from the last budget linked to the committee report are yet to be implemented.

In October last year, the RBI released a set of master directions for issuance and operation of Prepaid Payment Instruments (PPI), making it mandatory for all wallet providers to convert users into fully-KYC-compliant users. PCI says,

“Digital Payments option like wallet should be freely available with minimal process for all transactions below Rs 50,000, or cash transactions above Rs 10,000 should require KYC. Also, government should consider to provide tax relief to merchants accepting digital payments on overall incremental values especially with annual turnover of Rs 20 lakh as proposed in RBI MDR guidelines.”

Categories like travel and rent have benefitted with tax exemptions provided by government. Naveen says, “The government should consider expanding values of tax benefits for each categories like life insurance, medical insurance, mutual fund to drive further financial inclusion beyond banking.”

This will lead to larger investments in these entities.

Around 30 lakh PoS terminals and a few lakh QR codes for a billion plus people says a lot about the scope for building acceptance infrastructure in the country, market participants say. The upcoming Budget must create an acceptance development fund, which is akin to any market development fund set up by new businesses to create awareness and build a repeat-use customer base.

View on digital currency and cryptocurrency

According to the industry, the government should take a stand on the cryptocurrency market, since banning it will lead to a much different rhetoric.