These students from Odisha have built a satellite to manage the Hirakud Dam, prevent floods 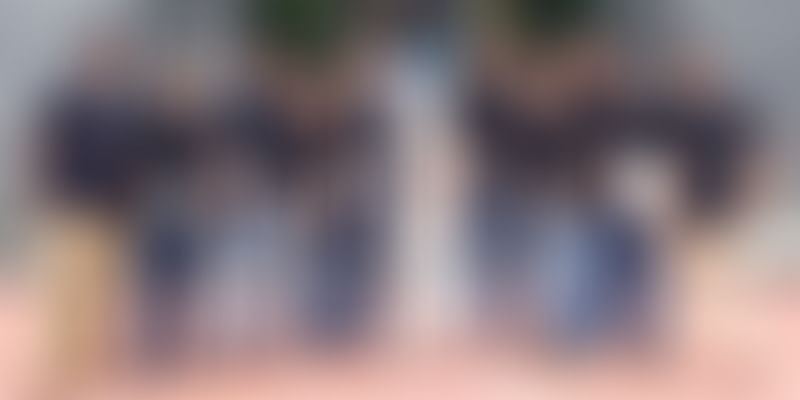 Reaching the skies and back, a group of students has conducted 51 launches of their rockets till date. Still in their teenage or early twenties, their journey has just begun.

VSLV (VSSUT Student Satellite Vehicle) is India’s most successful student satellite launch vehicle till date. Developed by a team of 40 engineering students from his college, VSLV was conceptualised by Bodhisattwa Sanghpriya (21), a student of Veer Surendra Sai University of Technology (VSSUT), Burla, Sambalpur.

The project aims to become the one stop monitoring system for Odisha’s Hirakud Dam; and was showcased at Mumbai’s Maker Mela 2018, where a team of three including Bibhudatta Panda (20), Anshuman Pattanaik (18), and Bhabya Shree Mohanty (20) were present to discuss their journey.

Taking ahead a legacy

Situated on the banks of the Mahanadi River, VSSUT is located at the outskirts of Sambalpur. It was formed by converting University College of Engineering (UCE), Odisha's oldest engineering college. Built in 1956 along the Hirakud Dam, the college aimed to provide skilled engineers for the massive project. Students from the institution, especially from its Mechanical and Civil departments, take great pride in the college’s legacy in fulfilling that promise.

The idea of developing the college’s own satellite came up in June, 2016. For the first six-seven months, it was Bodhisattwa, who worked on it alone. His aim, from the very beginning, has been to build and launch a satellite that will monitor the Hirakud Dam and provide highly accurate data to its monitoring authorities.

Driven by its cause and the technological challenge involved, more students from varied departments joined the initiative. Support also poured in from the college’s Idea and Innovation Cell, which provides financial support and technical mentoring for developing projects in the campus. Soon, a much larger team was working on the project.

“We started initially as an educational experience for students in design, flight, and data analysis. However, it has been a collaborative effort between 40 students and faculties from different engineering disciplines at our college's Space Development Program, that we have become so successful,” Bibhudatta tells us.

Over 50 launches till date

"The toughest part of any journey is always its beginning." Bibhudatta recalls how most of the fabrication was done using a lathe machine locally. "Due to unavailability of a workspace, we developed the project in the hostel rooms. We have conducted 51 launches till date.”

Not all the launches are successful, admits Bibhudatta. He recalls how after repeated failures, VSLV was finally tested successfully on a local open field. The rocket went up to a height of 2,000 feet and was retrieved successfully.

The team has successfully built, launched, and tested their indigenously developed satellites and rockets at numerous competitions and for their own testing purposes. The rocket is retrieved using a parachute and reused. The satellite can be used to monitor agricultural lands, observe water distribution and manage irrigation. It can also be implemented to analyse depth, flood-water drainage, rate of siltation and amount of sedimentation, and create real time 3D mesh maps.

"The satellites can also help determine the area capacity of the reservoir, analyse stability of structures, and detect earthquakes. VSLV’s potential in monitoring the Hirakud Dam is immense," Bibhudatta says.

Their last launch attained a height of 2.3 kilometres. “Our rockets are capable of reaching a height of 10 kilometres, but we haven’t performed that yet. In order to reach such height, we’ll need a licence from the government.”

The team won Asia’s first inter college rocket competition organised by Space Development Nexus (SDNx) and BRICS. Then completion invited students to launch a rocket and ensure that it reaches the height of one kilometre. “Further the team had to recover all the parts of the rocket safely,” Bibhudatta recalls. The team was also invited at the International Innovation Festival, organised in Bengaluru.

Bibhudatta and his team also displayed VSLV at the recently concluded Maker Mela 2018, organised by Somaiya Riidl at Somaiya Vidyavihar, Mumbai from January 11-13.

Sky is the limit

”The complete project is divided into 10 missions, with the first mission being successful launch of VSLV into the one kilometre apogee. This is being followed by subsequent launchings of VSLV to two, four, eight, and ten kilometres in the days to come.” After implementation of successful remodels in the future versions, the team aims to launch the final mission of 40 kilometers.

The long-term plan is to deploy rockets up to 40 kilometres. The team plans to deploy satellites to the near earth orbit and monitor the Hirakud Dam. It will monitor water level, soil erosion, and the reservoir’s overall health. “Now that we are capable of building and deploying launch vehicles, we are also planning of building a startup,” Bibhudatta tells us.

He concludes by saying, "We wish to lay the foundation of our space-faring journey with this small step and we ultimately plan to work in collaboration with ISRO. We plan to launch our own satellite into a geosynchronous orbit to study the eastern coastline of India."