From theft of her research, to battling discrimination, this agri scientist is breaking barriers 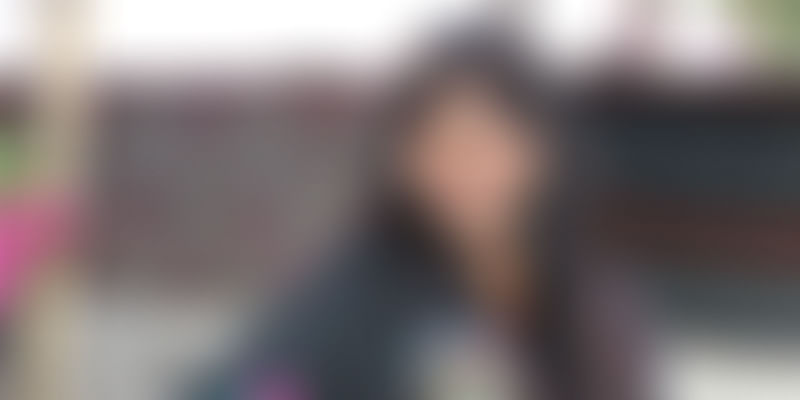 Poonam Jayant Singh has made a mark in the intensely-patriarchal, and prejudiced world of science in a country where only three in 20 scientists in faculty positions are women.

Poonam Jayant Singh recalls with great clarity the moment she found her work had been stolen and published in others’ names “It was like losing blood from your heart,” says the scientist with the Agricultural Research Services (Indian Council for Agricultural Research, ICAR), who works at the National Bureau of Fish Genetic Resources (NBFGR), Lucknow.

From 2009 to 2012, Poonam worked on a unique project, using a highly sensitive method (Fast Isolation of AFLP Containing Repeats, FIASCO) to isolate micro satellites to characterise an endangered fish species.

“It was difficult to get samples, DNA and chemicals. So, much of it was hit and trial. Moreover, I was not a fisheries expert and as a biochemist, had to go to the molecular level to study the samples,” she says of the work, which sought to unambiguously identify the golden mahasheer - a freshwater fish that has faced rapid population loss due to pollution, habitat loss and overfishing.

In August 2010, she found her work had been published by Springer (a well-regarded international publication on Science, Technology, and Medicine) under the name of five authors, including the then director of the NBFGR, Wazir Singh Lakra.

Though plagiarism and misconduct are banes of the Indian scientific world, which according to this report, produces just a sixth of the scientific papers published by China, Poonam refused to take the options offered to her. “I was told to either forget it or do whatever I could. A compromise was offered by way of putting my name in other papers which were developed from the project. Well-wishers warned me against playing with fire,” she says.

For a woman who had been subtly told that her complexion would make marriage difficult, or who had to stand firm in her commitment to economic freedom as the means to achieving a sense of self, this was unacceptable. Thus, began a persistence correspondence with both - the journal to retract the paper, and with the National Center for Biotechnology (USA) for deletion of the sequences on which the paper was based.

“Though it was complex to go back to the chromatographs to match the sequences, I stayed up all night to do so. All the 24 sequences had some problems. Scientific errors and frauds are often not reported because of lack of evidence, and I did not want to end up in that category,” she says.

While battling the fraud, Poonam also had to contend with charges that the paper’s publication was the fallout of her soured relationship with the PhD student who had worked with her on the project.

When the paper and the sequences were withdrawn in April 2011, Poonam felt no vindication. “There was no sense of victory. What could have been my life’s most important work was lost, just like that. Nothing from it could be published. Even today, if you search for the retraction, it lists the others as its authors,” she says. Yet, her courage to take on the authorities opened a floodgate of sorts with others in the scientific community reaching out to her for help in similar issues.

For Poonam, the episode marked a turning point in her career, and she shifted her focus to policy issues. “I decided not to follow the path written by others. I created my own path,” she says.

It is work that takes her from sourcing collagen from fish scales to conducting workshops with school children asking them to define an unsolvable problem, to propelling self-help groups, to thinking beyond the tailoring and goat rearing model.

In Kalli Paschim, Poonam introduced the women to terrariums (table top gardens), to embellish which, they could make mud toys baked in the hearth at their homes. “The challenge is to use traditional skills without much investment to add value to such products which can be sold in bigger markets. That is the kind of systematic design intervention that we need to push rural entrepreneurship,” she explains.

Poonam credits her foreign education (which includes a WIPO Fellowship to pursue LLM (IPR) at Turin, and the Chevening Rolls Royce Science and Innovation Leadership Award for the University of Oxford by the British Foreign and Commonwealth Office) for her power of critical thinking. “You learn to analyse hard facts, without any fear of asking the right or wrong questions,” she says.

In her case, this pushed her to develop an ecosystem for startups within the larger ICAR structure.

Even her erstwhile detractors grudgingly acknowledge her. Lakra describes her as “a bright, hard-working young scientist” while dismissing the academic fraud as “some misunderstanding”.

However, in the many caste, region, seniority clubs run by men in the world of science, women like Poonam are likely to get a raw deal. She admits to “never being made welcome” and how her, and her sister scientists’ failures are more noted and noticed than those of their male counterparts.

“I was enrolled for a PhD under Lakra, but withdrew in 2009 when I understood I got no scientific inputs from him. The lack of doctorate has delayed my progress but it was a choice I made as I was more interested in my work than a rank,” she says.

Poonam has also had to contend with muted opposition to her go getter attitude which has seen her speak and co-chair numerous conferences including a panel at the Agriculture Science Congress in 2016 with MS Swaminathan.

Her victories are hard won. From being made to feel like nothing for failing at her medical entrance exams, to facing disapproval from her in-laws and husband for not putting the latter’s name in the house she bought, Poonam has waded through it all. The only time she remembers being broken is when her four-and-a-half-year-old daughter, Aoishi, cried for not being able to see her mother on camera during a video chat while Poonam was pursuing her LLM.

“I wanted to give it all up. But then you make a choice,” she shrugs.

It was one apparently well made, for the now 14-year-old Aoishi says, “I am very proud of my mother. She was very brave.”

This courage, Poonam is convinced, flows from a state of exercising one’s right to choose. “I was 23 and had got my first salary when I bought a camera, disregarding the sniggers of peers who thought I must take permission on how to spend my own money. It is this conviction which liberates you from the need for approval,” she says.

“Women like us who can make that choice must empower other women to do so. If I were to go back, I would still pick the same battles, but better armour and weapons to fight them,” she says.

And thus, the 44-year-old soldiers on, every single day, creating an army of women like her.