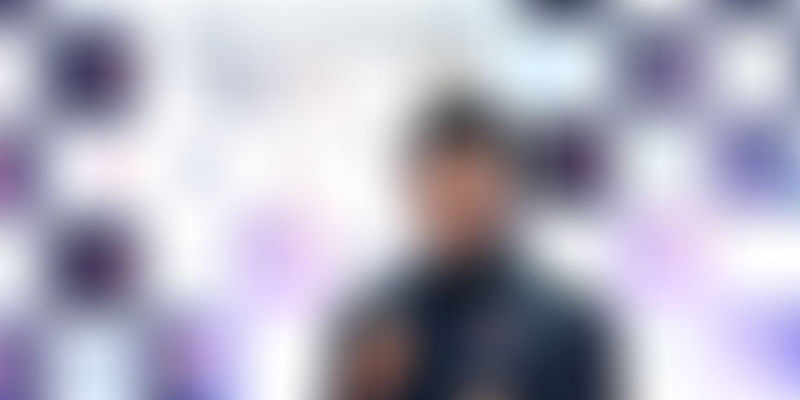 The VC brought White Collar Bouts to India under FFC, which contributes to heart surgeries for people in need.

Investors have a certain air about them: busy people who are serious, number crunchers, focussed on returns and growth. While it may sound stereotypical, it is rare that one would see an investor in the limelight for anything else other than her or his investments. But that isn’t the case with Austin Prakesh.

A VC and a Singaporean national, Austin is known for his Fitness Fight Club and charity-driven White Collar Bouts. With roots in India and Sri Lanka, Austin grew up in Singapore and also served in the armed forces. Being an athlete he was driven to sport, and Austin took to boxing when he was just 16. A rather rare combination for an investor, one might say, but he handles both deftly.

“Being an investor and making investments is my profession. This is different. Boxing was more of a passion and sport. And there are ways to do both without one colliding with the other,” explains Austin, in a phone conversation with YourStory.

Fighting for a cause

It was while fighting professionally for Singapore and Hong Kong that Austin was once called for a charity fight. “I had done it when I was young, and felt that it was kind of cool to fight for charity, and my cousin and I felt it was a great opportunity, and we decided to do it,” says Austin.

So the charity fights began in 2009. Unfortunately, Austin’s cousin passed away in an accident. “I quit for two years after that. But then I realised that it was for a good cause and resumed again. My cousin and I had seen how the fights had transformed the lives of several children,” says Austin.

Charity fighting also became a way for Austin to take his cousin’s legacy forward. “My cousin had passed away after a fight in Australia, and after that I was in a state of depression. We would train together. I didn’t want to fight again. But then I felt that I would use fighting as an avenue to honour my cousin, and that has been the main motivating factor to continue,” says Austin.

It was around that time that Austin came to India to invest here, and realised there was a need for a gym that provided a combined avenue to do mixed martial arts (MMA) and regular workouts. While working out at a well-known gym in Bengaluru, he would do the routine: weights and cardio, but also throw in shadow boxing into the mix.

“People would notice this and asked me to open up a gym. They felt that my workout methods were different and interesting, and that is how Fitness Fight Club (FFC) was born,” explains Austin. It is now under FFC that the world-renowned White Collar Bouts (WCB), which lets everyday people unleash their passion for boxing, take place in India.

Earlier, the WCB had raised money in Vietnam and Cambodia; in the latter they had raised over a quarter million dollars. “I hope to get over 1,000 heart surgeries completed in India and Sri Lanka, through the proceeds of the WCB,” says Austin. In the past, he had joined the Singaporean Armed Services between 2014 and 15, and in 2016 he also worked for the European Union.

When Austin had initially started the Indian chapter of WCB there was a lot of skepticism around the concept, but with time people understood what they were trying to do. “Most people who participate at WCB are everyday people, who have their day jobs and are fighting just because they nurse a certain passion and desire,” explains Austin.

Everything for a healthy heart

Most of the fighters are trained at FFC. Austin adds that they have to ensure that all the participants are safe and, at the same time, it is a good and fair fight. Most WCBs have over 500 high networth individuals (HNIs) who attend the event. Eight fights of three two-minute rounds are held at WCB.

“The focus of these fights are the charity and what it gives in return. I do not need to make any sort of profit out of it, I already am a pretty successful investor otherwise,” signs off Austin.