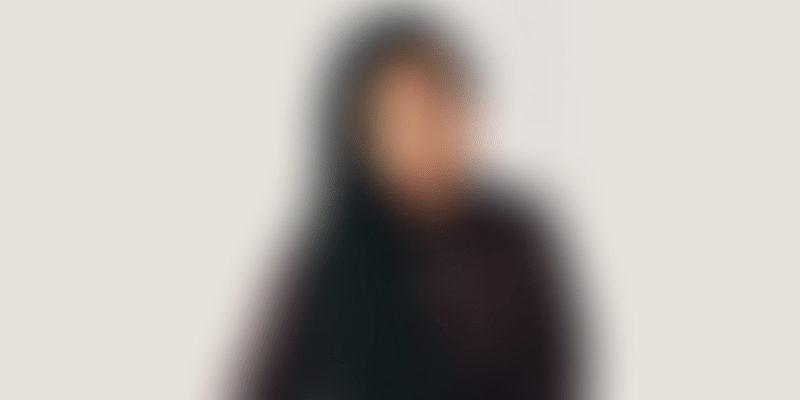 India is not the handful we see on TV or in the media every day; India is the faceless men and women who fight every day against impossible odds and survive, says author.

Kota Neelima, acclaimed author, political commentator, and artist, is an activist at heart. Socio-economic issues - especially rural India and its issues - form the focus of most of her work.

She’s especially vehement on the issue of farmers’ suicides in Vidarbha - it was the subject of her critically acclaimed work of fiction, Shoes of The Dead, and was chosen by National Award-winning filmmaker Vetrimaaran, for his forthcoming film. The topic is also integral to her most recent work, Widows of Vidarbha, Making of Shadows, published by Oxford University Press.

A political author and a journalist for over 22 years, Kota holds a master’s degree in international relations from Jawaharlal Nehru University, Delhi. She was Senior Research Fellow, South Asia Studies at the Paul H. Nitze School of Advanced International Studies (SAIS), John Hopkins University, Washington DC. The political editor of Sunday Guardian, she functions as the voice of sanity in these tumultuous times.

In a conversation with HerStory, the author speaks about her latest book, reveals the stark stories of the widows, and talks about how India deals with its poor and women.

HS: What prompted you to become a writer?

KN: The state of the country and the ordinary people needs to be researched, contextualised, and communicated for a democracy to be able to correct its course constantly. Without such revision of the path, a democracy has no purpose and may even be undemocratic. I want to fulfil this criterion with my role as researcher, author, and journalist.

HS: Can you tell us a little about your earlier books, the subjects you have explored?

KN: Based on my experience as a journalist and researcher, my earlier books fictionalised the narratives of farmers to contrast the lives of the poor in Vidarbha with the lives of the powerful in cities. My first novel, Riverstones, explored the deliberate policies of the government that neglected the farm crisis and denied farmer suicides. My second novel, Death of a Moneylender, revealed the hopeless poverty in villages and how it was dismissed by mainstream journalism.

My third novel, Shoes of the Dead, was the story of two young men, one from Delhi and another from a remote village, and contrasts the inheritance of power of a political heir with the inheritance of despair of a poor farmer. My fourth book, The Honest Season, was about six conversations that take place in a mythical parliament, and seeks to explain how Indian democracy survives despite ignoring the needs of a vast majority of the country.

HS: How did you become interested in social issues and what causes are you working for?

KN: In India, politics is a reflection of society, and therefore, it is very important to understand and research society closely. I write about the rural poor, women, and farmers. The life in villages is especially ignored in the political and social discourse of India because of the obsession with urbanisation. However, India is an example that urbanisation does not necessarily lead to equitable development, either of those who live in cities or of the country at large. Indian villages and agriculture have remained at a distance from the popularised growth story. I write about these fault lines in Indian society, politics, and democracy from the perspective of the villages and the cities.

HS: Can you tell us about your latest book, Widows of Vidarbha - Making of Shadows? What prompted you to write it?

KN: Since 2005, I had written about Vidarbha in the form of fiction and non-fiction, and narrated the plight of the farmers in the so-called globalised economy of India. I have also compared, through realistic fiction, the way farmers look at the Indian growth story. The book is a continuation of this journey. I have written the stories of families of farmers who had committed suicide and how the widow survived after the death of her husband. Each story is a glimpse of the reality of India, away from the paved roads of cities and the glittering lights of our metropolises.

HS: What were your experiences while writing the book?

KN: The women of Indian villages are strong and proud; they do not give up their fights and do not seek to escape from their fate. I have learnt a great deal from my engagement with the women of Vidarbha, and realised that India is not made by the handful that we see every day on television or in media. India is the faceless men and women who fight every day against impossible odds and survive.

HS: Can you retail to us any anecdotes during the research process. Was it draining emotionally?

KN: The emotional impact of researching this book cannot be related in words. I had followed each widow for three years to witness their struggles, failures, and their successes. No one helps these women in the difficult battles of their lives; they are invisible to the state, the society, and even to their own families. The book is a staggering comment on the way India deals with its poor and its women. It is the story of the widows, told in a stark and brutally direct narrative.

HS: What impact do you think the book will have?

KN: I cannot remain an author for long, if I expect to see the impact of my books. I write to bring about change, not to demolish. The immense interest of the people and readers in the book is already a reflection of change.

HS: Why is the Vidarbha region still largely ignored? What can be done to alleviate farmers' plight?

KN: There are several reasons, three of them are as follows; one, Vidarbha is an agricultural region that is largely dependent on rain. The lack of irrigation has to be addressed to improve the life of farmers of Vidarbha. Two, the size of cultivated land for each family has been reducing for decades, and this makes agriculture unprofitable in Vidarbha. Farming must be done as a community to be a meaningful occupation. Three, the price that the farmer gets for his/her produce never leaves any profit as compared to the cost of cultivation. The government must provide better support price to farmers of distressed regions like Vidarbha.

HS: Any other books in the offing?

KN: Widows of Vidarbha, Making of Shadows has been an intense journey of research and writing. I will have to regroup and return to writing about another aspect of the agrarian crisis and the state of women in India.