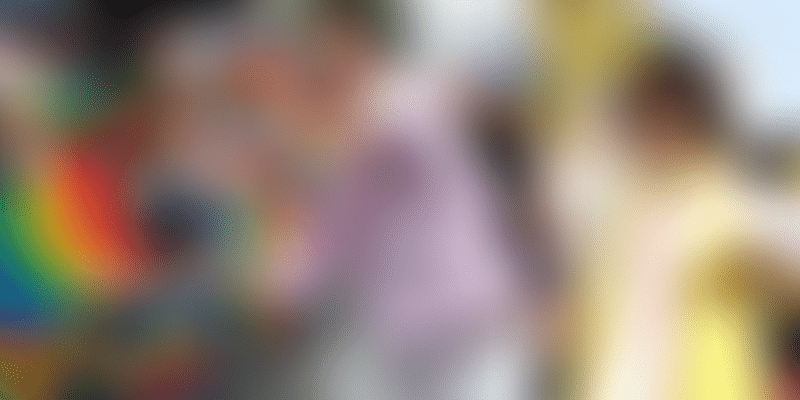 A transgender student of Panjab University (PU), Dhananjay Chauhan, has been invited by the Canadian authorities to have dinner with the visiting Canadian Prime Minister Justin Trudeau in New Delhi, a university official said here.

Dhananjay Chauhan alias Dhananjay Mangalmukhi is the first transgender student of the Department of Human Rights and Duties at Panjab University, Chandigarh.

The invitation had been extended by Nadir Patel, High Commissioner for Canada to India. The dinner will be held in Delhi on February 22.

"Dhananjay has been working hard to alleviate the plight of transgenders and is also a founder of NGO Saksham Trust," Swarnjit Kaur, Coordinator, Centre for Human Rights and Duties (U.I.E.A.S.S), PU said in Chandigarh on Monday.

This is not Dhananjay's singular achievement. Dhananjay's association with the Centre dates back to approximately two years prior to her admission to the Masters programme in 2016. At that time, the students interacted with her as a President of Saksham Trust involved in rights of transgender community. After being on the rolls of the Centre, Dhananjay was invited to Netherlands in 2016 in the month of August to participate in an international meet on rights of transgender people, Kaur said.

Only last year, 47-year old Dhananjay scored a first division in her second year of her post-graduate course in Human Rights and Duties, says a report by Hindustan Times.

In a seemingly difficult life, she has braved the odds to enroll herself in a college. She says that transgenders are perceived to be sex workers.

Even on campus, people openly approach me to have sex with them. This is disgusting. I have to explain to them, politely, that I am not a sex worker; that I am here to study. Then there are questions such as, ‘Do hijras also have sex?’ she says.

Her father who is a retired peon from a government department in Chandigarh returned to their ancestral home in Uttarakhand. On learning Dhananjay's bodily changes, her parents wanted her to leave Chandigarh as “the family wanted to avoid the shame back home”.

Canadian Prime Minister Justin Trudeau who arrived in New Delhi last week, is on an eight-day visit at the invitation of his Indian counterpart, Narendra Modi. The visit is aimed at further strengthening bilateral relations between the two countries in key areas of mutual interest trade and investment, energy, science and innovation, higher education, infrastructure development, skill development and space, a ministry statement said.