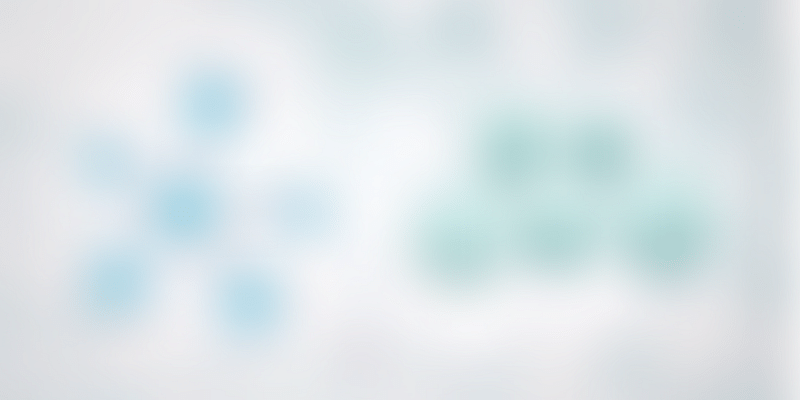 Healthureum has involved key stakeholders in India's healthcare ecosystem, and found the response welcoming. It says the government's keen interest in Blockchain will drive adoption of its services.

Healthcare is one sector where the impact of new technology is playing out on a large scale. While AI, machine learning, robotics and IoT are already transforming medical processes for both patients and doctors, the rise of blockchain will lead to further efficiencies in the space.

Estonia-based startup Healthureum, spearheaded by a team of medicine specialists, data scientists and technologists, is bringing Blockchain to Indian healthcare through an Ethereum-based platform that consolidates all medical data and secures it with encrypted codes.

This technology helps ease the tracking of “transaction nodes” between all key stakeholders in the healthcare ecosystem — drug manufacturers, wholesalers, pharmacists, medical representatives, diagnostic centres, patients, doctors, and so on.

Typically, medical information ends up in silos that act as “bottlenecks” in the sharing of data, causing frustration among providers, regulators, researchers and patients. There is a lack of “interoperability” in healthcare, which Healthureum aims to address with its platform.

Because Blockchain operates on a decentralised approach, no single stakeholder is in charge of storing the data, but all participants on the network share the responsibility for maintaining it.

Healthureum has just rolled out its blockchain-led platform in India. It expects widespread adoption in hospitals and clinics by November 2018.

The service uses smart contracts to enable interoperability of healthcare services. It will not only improve efficiencies, but also make healthcare more available, accessible, and affordable. It can also help arrest the spread of counterfeit drugs.

Wilkinson says, “India is suffering from healthcare challenges and we believe Healthureum will provide an easy solution to all the challenges pertinent to easy accessibility and transparency.”

Is the country ready for the implementation of blockchain-based healthcare services?

In a conversation with YourStory, Ritu Tyagi, Director of Marketing, Healthureum, says: “We have already started approaching medical stakeholders in India and the response has been welcoming. Doctors, surgeons and researchers have welcomed dialogue on the blockchain system after the recent statement made by the finance minister.”

The Indian government has, in fact, announced that it will undertake research on blockchain technology and its utility in public life. “Inclusion of the same in healthcare will lead to public welfare,” says Ritu.

Healthureum’s blockchain platform can impact five core fields in healthcare: data systemisation, doctor consultation and referrals, medical infrastructure, research programmes, and philanthropic activities. Ritu tells YourStory, “We are still building the system. But, the response from European countries has been an encouraging and motivating one.”

It offers consumers healthureum tokens (HHEM) to access and pay for their healthcare services. While token-payment systems are yet to reach India, Healthureum is bullish about the opportunity here. It believes the Indian government’s digitalisation drive and its keen interest in blockchain will expedite adoption.

According to research reports, global healthcare expenditure is growing at an unprecedented rate and is estimated to reach $8.7 trillion by 2020. Contributing factors include an ageing pollution, chronic diseases such as obesity and diabetes, and a rise in the number of cases of dementia and HIV-AIDs. India, with its massive population, is one of the leading nations that run the risk of a health crisis.

Much of the new investments in healthcare are being made across new technologies like AI, ML, IoT and blockchain. Healthureum, meanwhile, has raised $15 million in funding through the sale of HHEM tokens, and will take its services to more corners of the globe.