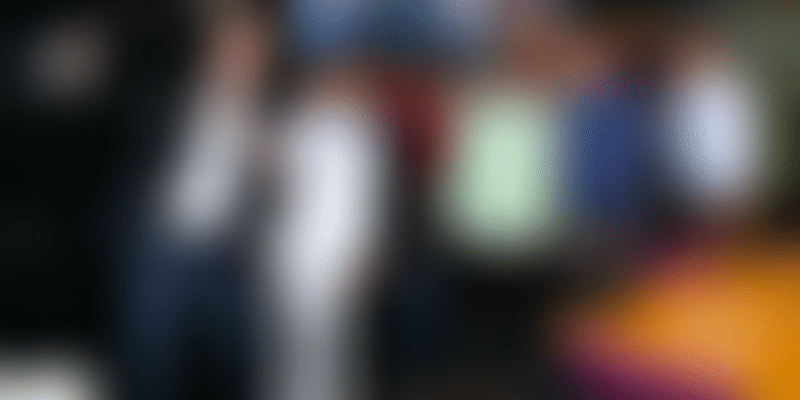 Dara Khosrowshahi, the man who took on the mantle as CEO of Uber five months ago, has been in India for three days now. In this period, Dara has spoken about competition, Uber going public in 2019, and local competition. On his last morning in the country, he chose to spend time, one-on-one, with a few Uber driver partners.

“As driver partners, you are the face of Uber to the consumer. You are very important to us,” said Dara Khosrowshahi at his first drivers' roundtable in India. Surrounded by the core leadership team in India, the drivers' roundtable at Uber was held at its headquarters - the 23rd floor of One Horizon Centre, Gurugram, Sector 43.

Selfies with the CEO of Uber, group photos, special mementos, and a patient ear were the highlights of Dara’s first drivers' roundtable. Conversations flew in Hindi and English, with equal amounts of translations for driver partners and Dara.

Having taken charge of a troubled company as CEO, Dara wants to leave no stone unturned in understanding the core of Uber - its drivers. Last year, while Uber faced enough and more flak for its sexist workculture, legal battles, and many other controversies, in India - especially in Delhi and Bengaluru - it faced severe ire over driver strikes.

Since then, Uber on a global front claims to be taking several steps to turn the company around, and also keep its driver partners happy. Driver partners from Delhi, Mumbai, Hyderabad, and Pune present at the roundtable highlighted how Uber had not only helped them get a livelihood and a job, but in the case of many, even transform their lifestyle.

Cash and all the little nuances

On Friday morning, while Dara was welcomed into the head office with the ceremonial lighting of the lamp and a ‘tilak’ on his forehead, he had one mission in mind - to understand what Indian Uber driver partners wanted, and how could Uber make the going easier for them without affecting the rider.

While there were several important pointers that made way for driver discussions, what stood out was Dara asking -

“How has cash payments worked in India?” India is one of the first markets to introduce cash as a mode of payment. It, therefore, was no surprise that Dara chose to understand cash transactions and payments better.

“It has helped and made our business better. Several consumers prefer cash, and it also gives us the freedom of being able to fill fuel as well,” said a driver partner.

The driver roundtable is a part of ‘Uber Samaj’, where the management has roundtable discussions with driver partners on what can be worked.

“It is possibly one of the first and few roundtable meetings with a global leader sitting in the room trying to understand the different challenges that a driver faces,” said a senior leader of Uber, while addressing the drivers and few internal staff. He added that some suggestions would be immediately implemented, while a few others will take time.

The driver as the consumer

“Is there a way to ensure that a customer who is on the other side of the street get a cab from the same side. Sometimes taking the u-turn is time-consuming and challenging.”

“Can we look at make Uber Pool pickups simpler, and not too winding?” As a consumer, it is something I have always wondered about. On how roundabout the pool rides are.

“There are riders who misbehave, and sometimes even abuse and hit us.”

“If we take intoxicated women in our car, the cops harass us. How do we deal with this?”

“Like a consumer gets options to point out the reasons for a driver's low rating, can we do the same for a rider?”

“Can we get a confirmation that the rider is the same as the one who has booked the ride?”

The office of Uber has one line - We are customer obsessed. Oddly enough for Uber, the customers are both, the drivers and the riders. While the team adds that it does work on immersive sessions with consumers as well, drivers are a different ball game.

“It is a tough balance to make. We are the digital face for the physical world, and we bring that marriage beautifully. Yet we would like to understand the local nuances and the markets better,” said Dara.

A regard and respect for the competition

What was more interesting, and got my attention, was Dara wanting to understand how driver partners fare at Ola, and what was Ola doing better, and how Uber could learn from its competitor. In the three days Dara has been in India, he has shown nothing but respect and regard for the competition.

At the drivers' roundtable, Dara wanted to know how Ola was better and how can Uber help driver partners in the same way they were doing.

“We prefer Uber because there is a sense of reliability and trust. Once I was supposed to get Rs 30,000, but Uber credited only Rs 20,000. But immediately I got a message that said that Uber had made the calculations wrong, and the remaining amount will be credited. And it was credited immediately. That makes me trust Uber,” said a driver.

However, there is no denying that since Ola has a larger share of the market, the number of drivers on the platform are more. “It’s easier to fraud with Ola,” said a driver partner. But another added that Ola provides incentives and benefits. While Uber does provide a health benefit, what would help is an education benefit scheme.

Whether driver partners prefer Ola or Uber, one thing was sure from the roundtable - these services have not only transformed the face of commuter transport in the country, but have transformed the lives of many.