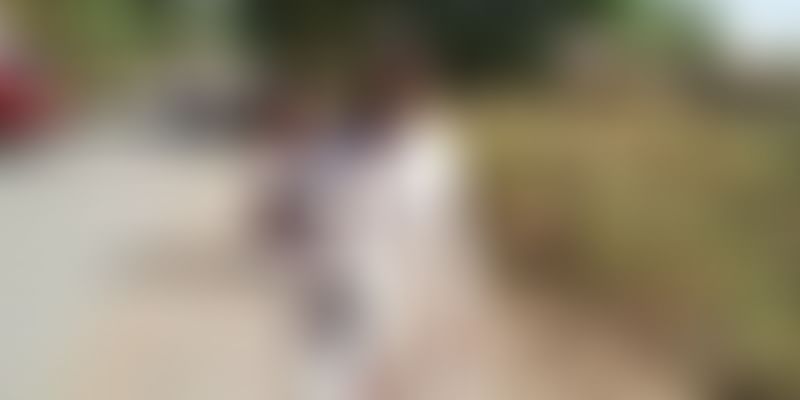 Poverty can cause difficulties in an individual’s life, but it cannot hamper one’s spirit. A classic example of this is Madhya Pradesh’s Kalusingh Sondhiya, who carries his specially-abled son to college every day to ensure he receives proper education.

Hailing from Daulatpura village in Rajgarh district of Madhya Pradesh, Kalusingh’s son, Jagdish, is suffering from physical disability. Despite being illiterate himself, Kalusingh carries his son in his arms and walks for a kilometre to ensure his son can attend college.

Jagdish’s height and build is such that he cannot even ride a tricycle. Since Kalusingh wishes his son to become financially independent when he grows up, he does not mind undertaking this small pain.

Jagdish had to struggle to complete his education as his school was 10 kilometres away from his home. After passing out in the year 2016 with a score of 59 percent, he realised that there was no college near his village. In 2017, he took admission in a college 25 kilometres from his village.

Jagdish could not go to his college in Rajgarh himself, and needed someone’s help. Thus, his father decided to go with him to the college so he could help out. Kalusingh waits for his son and brings him back home.

Kalusingh is blessed with six children, and Jagdish is the only son among five daughters. His eldest daughter has gotten married, and the other four are still pursuing their education. Because of insufficient irrigation equipments and financial conditions, he could not take up farming as well.

20-year-old Jagdish says that he wishes to grow up to become an IAS officer. He feels proud to have a father who is ready to carry him for a kilometre to ensure he receives good education.