A game of tennis or Zumba on your mind? Time to make friends with Sportobuddy 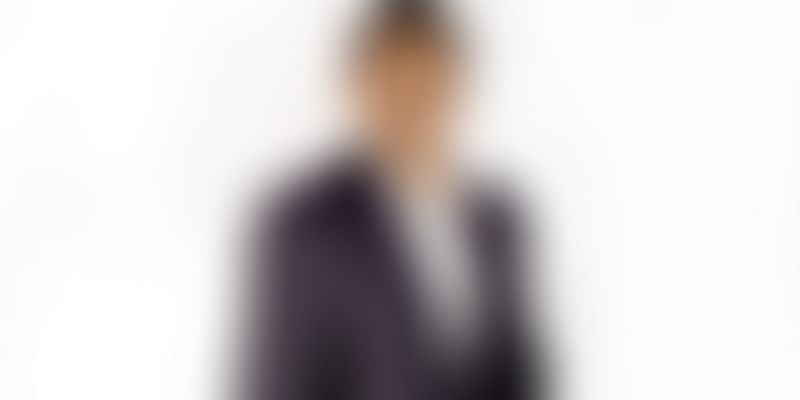 If you are a team of friends who believe evenings and weekends were made to play, there are many problems you can run into – you may not find a venue that’s right, you may run short of players, or you may lack equipment. Whatever the problem may be, Sportobuddy is at hand, and committed to bring you “one step closer to sport, health, and fitness”.

Founded by Sunil Kukadia and Sandeep Madhavan in November 2015, Sportobuddy is a one-of-a-kind venue booking online platform and app that offers a wide-ranging sporting experience to athletes, enthusiasts, and amateurs.

Be it outdoor activities or indoor sports, Sportobuddy is the friend who helps you look for and discover local events, sporting activities, fitness centres, and coaching facilities, and get started by connecting with them through instant and free online booking.

Mumbai-based Sportobuddy democratises venues for everyone with its app. The app – more like a social engagement platform - gives you the venue and fills in your team if extra players are needed.

Sunil Kukadia, an engineer with an MBA degree and 20 years of tech experience in sectors ranging from banking to sports, partnered with Sandeep Madhavan to start Sportobuddy. Sandeep had done his post-graduation in Information Systems Management from CQU, Australia, and had spent more than a decade there in the corporate world before returning to India to set up Sportobuddy in Mumbai.

Sandeep met Sunil in his apartment colony while playing football with children.

“Funnily enough it was Sunil’s son who introduced me to him,” says Sandeep, Co-founder of Sportobuddy. They also ended up working together at Freemont, a digital media startup, for over a year. While working together they learned about each other’s strengths and realised they would do well to start up together.

During a brainstorming session, the two of them came up with a list of ideas and it wasn’t a surprise when sports, a passion for both of them, became a unanimous choice. After discussions with friends, they were introduced to Mehul Shah, who showed instant interest in their idea of finding venues for those interested in sport and immediately put in money in the company.

Sources say the company has raised $1.5 million from investors.

All this was in 2015. The duo began researching the market opportunity and realised that there was no organised player in the sports infrastructure space and that there was an urgent need to fill that vacuum.

“We saw this as an opportunity to ace the aggregator space and offer sporting facilities under a single banner,” Sandeep says.

In August 2015, Sunil and Sandeep began the hiring process to build their team. In November 2015, the company was incorporated, and they began their journey with a single designer. Today, they are a team of 45 people.

The platform went live in July 2016 and they began their journey with one or two venues, but quickly began to scale. Today they have listed around 131 venues around Mumbai, have launched an e-commerce platform, and have gone live with the sale of sporting goods on the platform.

Good going for two friends who started out with the thought of bringing together people interested in sports.

“We thought these enthusiasts should be able to search for arenas, check reviews, book them, and provide online feedback once they have physically played at the venue. If a group is falling short of players, they can broadcast an invite on the platform seeking players to join a game. Similarly, one could broadcast an interest to join a game. This helps to build an interactive online community to play in the real world,” Sandeep says.

The company’s intent is to become the default platform for sports amateurs and enthusiasts. What took them by surprise was the demand for adventure sport; today, the adventure category is one of the highest selling on the platform.

Sportobuddy plans to grow organically as well as inorganically. Currently, Sportobuddy has close to 15,000 customers on the platform, engaging in a business of approximately Rs 25-30 lakh per month. They have achieved this growth in the last 12 months and expect it to grow exponentially in the next couple of years through new markets and economies of scale.

They are, the company claims, at an advanced stage of conversations with strategic entities to take events to other cities. To start with, they plan to set foot in eight cities.

“We are not focused on GMV; we want to create a sustainable business. By 2019, we plan to launch the platform and services in the Middle East and other English- speaking markets such as Australia, UK, and Singapore,” Sandeep says.

In India, sports infrastructure is the only recognised segment in with a potential of $11.9 billion. Sports sponsorships grew at an estimated 19.3 percent in 2016 to reach Rs 6,400 crore.

Sportobuddy is operating in the same space as Bengaluru-based startup Playo and Delhi-based GoSporto. The startup also competes with several others going after sports-based social media and e-commerce.

Getting merchants on board

Naganand Doraswamy, founder of IdeaSpring Capital, says: “All consumer businesses need large amounts of long-term capital and will need to focus on getting a large customer base, which will burn cash. It is important to get people to shop digitally.”

Sportobuddy has already started offering sports goods on its platform.

“The challenge is that sports is not an organised market and this space is going through a lot of change. It’ll not be an easy task to change the mindset of people and get them to make digital payments,” Sandeep says.

They have several merchants on the platform but refused to disclose details. All transactions, as of now, are cash based.

“The mindset is, of course, changing slowly,” Sandeep says. He adds that a lot of effort is concentrated on customer education and building a robust platform for merchants to help them manage their business.

However, the Sportobuddy app is primarily consumer centred. The ability to blend a social network with a transactional platform for sports is quite unique, one at which they aim to excel.

Wouldn’t you want to make friends with Sportobuddy?