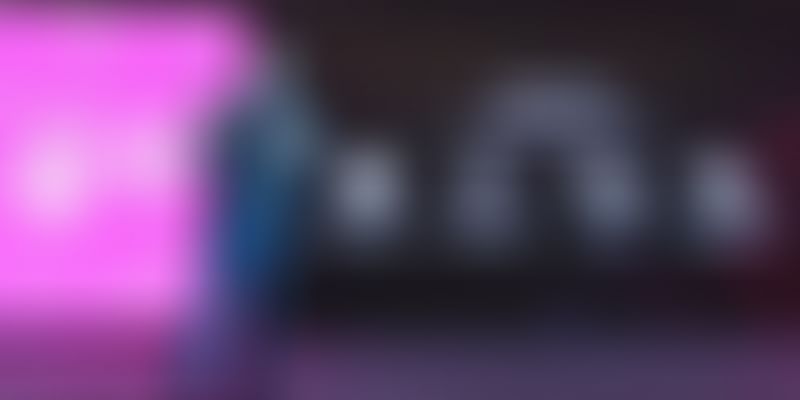 HealthifyMe has developed Ria, which uses key learnings obtained from its database of 150 million tracked meals and 15 million message exchanges between coaches and clients, to achieve scale.

“We (humans) are actually one of the world’s most efficient engines. One gulab jamun has 300 calories and to put that into perspective, a 5-km run burns (consumes) 300 calories. There is no car that can go 5 km on one gulab jamun,” says Tushar Vashisht, CEO of HealthifyMe, half-seriously and half-jokingly, as he tries to explain how nutrition and exercise make an impact on human bodies.

This was in the backdrop of HealthifyMe’s recent $12 million Series B funding announcement, which the company raised from a consortium of global investors.

Talking to YourStory, Tushar mentions that their new investors had expressed interest after media reports of Ria, their Artificial Intelligence-powered nutritionist, and were impressed with the results it had achieved. In this week’s App Friday series, we find out more about Ria.

How Ria was born

As part of its premium subscription services, HealthifyMe connects users with qualified nutritionists and trainers who review their progress, provide diet and exercise plans, and work with users to help them achieve their fitness goals.

To achieve scale, HealthifyMe developed Ria, which used key learnings obtained from HealthifyMe’s database which then consisted of 150 million tracked meals (20 billion + macro/micro nutrients), and 15 million message exchanges (1 billion + words) between coaches and clients. HealthifyMe notes that, in effect, Ria has a “millennium of experience”

HealthifyMe’s long-term goal is to scale up their platform to 1,000 customers per nutritionist. Ria is currently in Beta and open to HealthifyMe’s paid user base. I tried out Ria for a few days to experience how it works. Here is an overview:

HealthifyMe works like other popular AI assistants like Siri and Google Assistant- users can either type or converse using voice commands. Ria leverages user’s fitness data and food tracking information to provide personalised recommendations. Users can leverage Ria to find out how healthy the food they are about to eat is and get a breakup of its constituents. On occasion, Ria also suggests healthy alternatives to foods. In this case, she suggested going for wheat or multigrain base when it came to pizza.

Ria can also go through a user’s meal history and tell them the healthy or unhealthy foods they had on a particular day. In case of unhealthy food, she asks users if they wish to know about healthier alternatives.

Ria is still in Beta phase and Tushar had, a few months ago, likened the platform to a toddler learning to walk. So, there are some minor glitches that pop up from time to time. For example, Ria mistook Vada Pav to be Pav Bhaji, in one interaction. It also came to the conclusion that “Pav bhaji without pav and butter” is a popular breakfast choice.

Another interesting point to note is that Ria tracks fitness and diet activity, and shares encouraging messages from time to time, which is a nice touch.

Another nice touch is how Ria answers slightly complex questions by sharing links to HealthifyMe resources or other third party resources, depending on the situation. In some cases, users can also redirect the question to one of HealthifyMe’s human nutritionists.

On the global front, HealthifyMe competes with players like MyFitnessPal, which was acquired for an estimated $475 million by UnderArmour. The companies that leverage artificial intelligence include FitGenie, which positions itself as a self-adjusting smart calorie counter that tells you exactly what to eat to reach your goals.

Then there is AVA, which leverages human nutritionists and AI to give personalised feedback and meal recommendations. AVA also includes an auto tracking and auto-journal feature, through which users can send a photo of their food and in a few minutes receive calorie and macronutrient information. Vishal Gondal’s Goqii is another popular players in this space; it provides its own wearable and leverages human coaches and doctors to keep track of and help users.

Speaking about competition from industry giants like Samsung, Google, and Apple, who have their own smart assistants, Tushar notes that giants generally provide enabling environments for smaller companies. He cites the example of how Google Assistant’s developer ecosystem could be leveraged to integrate with Ria. He shared a quick demo of how Ria could be summoned via Google Assistant. He said,

Google Assistant provides basic answers in a wide variety of areas, but it can’t personalise and go very deep into one area. This is where HealthifyMe’s approach of going inch-wide, mile-deep works. Tech giants, on the other hand, generally go with an inch-deep, mile-wide approach.

While there is room for improvement in terms of accuracy, Ria seems to be well executed for a Beta release and works up to expectations. In terms of product development, the HealthifyMe team had said that in the near future Ria would be available to the general public in more languages. It would also be able to scan menus at restaurants and suggest the best food options that one could eat. Tushar says,

We are working on a feature called HealthifyMe Snap, which will use vision AI to automatically understand food by photo tracking.