Why it is important for women to voice their ambitions at the workplace, IBM’s Usha Addepalli tells us 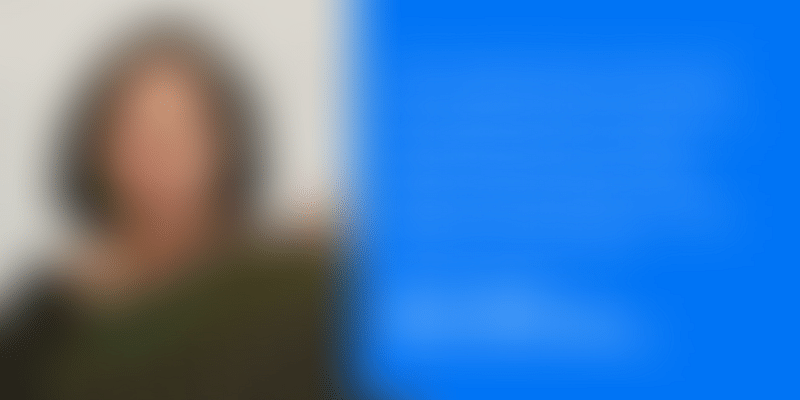 “I have been with this company for longer than I have been with my husband,” jokes Usha Sri Addepalli, Director – Finance and CFO – Domestic Business at IBM India. Her 20-year-long career with the tech giant seems unachievable in this day and age of constant job-hopping by millennials.

She still vividly remembers the 1997 IIM-Bengaluru campus placements: “I was very clear that I wanted to work in the banking and financial services sector, where I could use my analytical skills to understand and solve business issues, influence organisational strategies and enable business growth. At the time, a banking job was more glamourous than IT.”

However, a presentation by IBM gave her a very different perspective about the roles in IT and how it was an opportunity to broaden her knowledge and influence. The presentation influenced her perception about IT in a positive manner, though she hadn’t let go of her dream of working in banking.

As destiny would have it, her first day as a young working professional was at IBM that too in Treasury. “You can imagine how ecstatic I was when I was told that I would be given a role in the Treasury at IBM. A core banking role in an IT company, I thought I couldn’t ask for more.”

The best-ever career experience for a finance professional

Each of these roles was instrumental in taking her up the learning curve and bringing her newer and more complex challenges to solve. But it is the role as Head of Pricing for India and South Asia that she deems as the most unique experience. In spite of the sleepless nights and long working hours that those three and half years entailed, she says, “It was a thoroughly enjoyable experience.”

“If someone asks me, what would you tell any finance professional, my advice would be, do one stint in pricing. It is anything but easy, but it will teach you how a company prices its gamut of services and products, which is critical to the success and growth of every business organisation.”

Explaining why she considers this stint as her best-ever career experience so far, she says, “It was a role where I could see my decisions and actions directly influencing the way IBM was positioned. Personally, leading the pricing for IBM products in India gave me an in-depth understanding of how IBM is going to the market and how the company is perceived by the clients. It also gave me a lot of insight into contract negotiations, and terms and conditions that go into any of the complex contracts.”

Why working alongside a senior executive was a transformative experience

Moving to the US as the Executive Assistant to James J. Kavanaugh, who was then Vice President and IBM Controller and is now Senior Vice President and Chief Financial Officer, helped Usha decode IBM’s organisational strategy, its relevance to the Indian business, and the importance of a being mentored by a senior leader.

Usha says, “Often, the role of Executive Assistant (EA) is seen as you working under someone, assisting in their day-to-day tasks and meetings. But James helped me understand how this role as his EA was not about me supporting him. It was him developing me as the next leader.”

And she attests that the role was exactly that. “It gave me a better understanding about decisions which are often questioned when we are on the end of the decision-making spectrum. That helped me connect the work we do in India to what the corporation is doing at a global scale, and if it aligns in that direction. It also helped me to connect the dots when it came to company-wide strategies and decisions.”

The other big impact of taking on the role was being able to witness how the senior leaders brought incredible integrity and personal responsibility to the job. Usha says, “It was interesting to see and experience everybody’s leadership style and the level of detailing driving their decision-making and thought processes. It showed me how such senior leaders are all about accountability and putting clients first.”

United by the IBM culture

At a recent alumni meet, Usha was asked, “Aren’t you bored? It’s been 20 years with IBM.”

Usha believes her peers might never have had an experience like the one provided by IBM, referring to the breadth and depth of her work experience, which might have prompted the question.

Usha says, “IBM is literally like a group of companies. It provides its employees the opportunity to work across businesses as well as geographies, and I don’t think many companies can match that.”

And being associated with an organisation that has been around for 100 years, and being a part of defining technology transformations, business practices and market needs, Usha holds the work culture at IBM in high regard. “The fact that we have weathered changes for more than a century, shows a lot is due to the culture and the value system that IBM has built over the years. This culture values integrity, collaboration and open communication. These are things that really matter and make you feel you are in the right place. Well, that’s how I have felt every day for the last 20 years.”

Priority and getting the balance right: A battle that women should win over

As an expecting mother, Usha says she thought she could get back to work soon after delivery. That’s because she didn’t have an idea of the challenges faced by new working mothers. She says, “Before going on maternity leave, I told my manager I would be back in three months. However, he told me I could take time to settle down and get a support system in place before re-joining work.”

In addition, aspects such as the flexibility to work from home and extended maternity leave, helped Usha to adapt smoothly to her new role at home. “When I had a tough second pregnancy, in addition to being given the freedom to work from home, the support and understanding that my managers and team showed was exceptional,” she adds.

But when she returned to work this time, she wanted to opt for a comfortable role. Usha says, “Since now I had to care for two little ones, I was not sure if I could do justice to a challenging role. However, my manager thought otherwise. He encouraged me and pushed me to do bigger things. Funnily, back then I couldn’t understand his intentions. But today, I feel thankful that he had the trust and confidence in me when I thought I couldn’t do it.”

Throughout her two decades with IBM, she says gender has never been a criteria to judge a person’s potential or capabilities. “This is one of the reasons that made me continue here. I have never felt that there was a conscious attempt to behave differently because I am a woman. But, that said, IBM demonstrates empathy and trusts you to do what is right.” Referring to flexibility in work offered by the company, she says, “For me flexibility is a tool to demonstrate that I will do my best and more. I have always believed that it is you as an individual should draw the line when it comes to flexibility – how long do you need and how much. Otherwise, naturally there is a chance that you will lose out on opportunities.”

Why women should be vocal about their aspirations

Usha believes that if women demonstrate leadership and performance, nothing can hold them back, and often it is their own inhibitions that are the biggest hindrance to their professional growth.

According to her, the inhibitions often stem from the fact that every phase of life has different priorities which require a rebalancing act. “But somewhere women get caught up and tend to feel confused. And, it is confusion that leads to a dip in confidence, which needs to be addressed.”

Usha believes the solution lies in being vocal. “If you are not, you lose that opportunity which otherwise might have been yours, and it is very important not to let that happen.”

She says, “Ask yourself, ask your peers, ask your managers about the skills you need to pick up to grow. The knowledge that you need to equip yourself to grow. Only when you ask will you find the answers that will help you reach where you want to be.”

Why millennials in the workforce are key to growth

“Millennials think differently. They are more agile. They challenge rules. And that’s how they add value to organisations,” says Usha. She says this is why a lot of senior executives have millennial coaches. “They help in reverse mentoring and help senior leadership stay in sync with today’s needs. The savvy millennial coaches help in enabling seasoned professionals to stay relevant in conversations happening on social media – a must today. This is vital for organisations, to reinvent and package their products and solutions to a new set of customers who are young and uninhibited.”

However, she believes the millennials are also impatient and need constant reaffirmation that they are doing a good job – two key behaviour traits that needs to be worked upon if organisations want to leverage the strength and advantage that millennials bring into the work force.

Beyond number crunching and formulating strategies

The mother of two believes that being in office doesn’t translate into higher productivity or working long hours doesn’t necessarily mean you are hard working. Yet, it’s imperative to go to work every day. She says, “Your presence shows your commitment to the company. It is, therefore, important to work from home only when necessary.”

By coming to work early and leaving early yet being accessible on phone and email at all times, she is able to manage both her family and work commitments. “My older child is now a teenager, so doesn’t really seek my attention now. I get to spend a lot of time with my younger child.”

An Agatha Christie and Arthur Conan Doyle fan, Usha says, “I wouldn’t call myself a voracious reader, but I enjoy reading. I constantly read interesting articles on Flipboard.” At the moment, she is reading Indian writer Amish Tripathi’s Ram Chandra Series, after having finished his bestselling Shiva trilogy. She adds, “I love being organised. So, I spend a lot of time doing up my home.”

But if there’s one thing she enjoys more, it’s the student life. “During my stint in the US, I visited premier universities like Harvard, Princeton, Cornell and others. Someday, I would love to go back and study,” she says.