India will be data rich before it’ll be economically rich: Nandan Nilekani 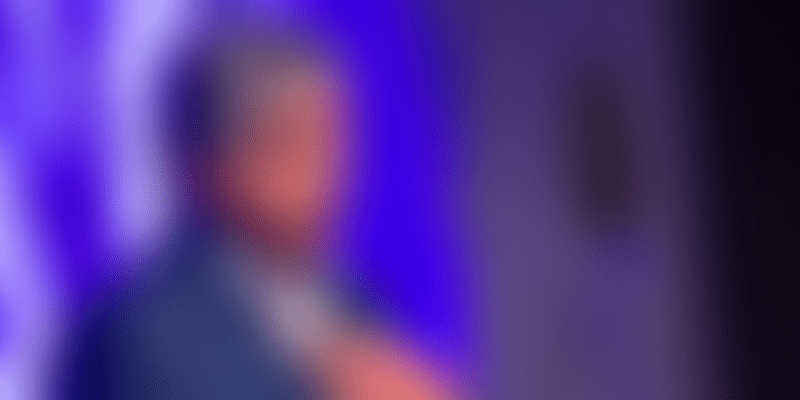 In 2015, Nandan Nilekani co-authored Rebooting India — Realizing a Billion Aspirations, which spoke about how eKYC would enable our evolution into “a paperless society, where a range of services, from opening a bank account to availing of a government benefit, can be carried out electronically — no more waiting in line for hours clutching reams of paperwork.”

It was almost as if he had glimpsed into the future.

“Non-Linear Change is here in India”

Fast forward to 2018, and we are a country of 1.32 billion people, with 1.21 billion mobile connections, 1.19 billion Aadhaar card enrollments, and 500 million bank accounts that have already been linked to Aadhaar cards.

Nandan needs no introduction. As Co-founder of Infosys, Chairman of the Unique Identification Authority of India (UIDAI), Head of TAGUP (Technology Advisory Group for Unique Projects), and a best-selling author, he can boast of a versatility and expertise in technology and leadership that few others can.

He puts great confidence in Aadhaar as a revolutionary system that can address India’s many distinct challenges and has avidly supported it despite political inhibitions, legal woes, and naysayers. At our recently-held Kalaari Summit 2018, Imagine Tomorrow: Shaping a Trillion Dollar Digital India, he shared some fascinating data-backed insights on how technology is acting as a leveller for a billion Indians. Here are some of the most interesting excerpts of his talk.

On Aadhaar and technology interfaces as an enabler of growth by making India a cashless economy, a data economy, and a digital economy

Why UPI is a game-changer for India

“Unified Payment Interface (UPI) is the world’s most advanced payment system. Its concept of a virtual payment address makes it easy to send money, as easy as sending an email, and it does so in real time. Which is why we saw government launching BHIM, Google launching Google Tez, Flipkart launching PhonePe, with other players like Paytm, and more recently WhatsApp, joining the bandwagon. Today, UPI has done more transactions in 18 months than credit cards have done in 18 years. I expect by December of 2018, UPI alone will do one billion transactions.”

How digitising a simple process like KYC is heralding mega changes

“In 2017, Aadhaar-based systems did 10 billion authentications, thanks to the government’s push for the use of Aadhaar for use in banking, which is nearly five times that of card transactions at PoS. The number of eKYCs (done) was 3.2 billion the same year. This is accumulative of bank accounts opened, SIM cards bought, mutual funds bought and so on. eKYC reduces barriers to entry, reduces transaction costs, and improves the speed of customer acquisitions. During the early months after launch of Reliance Jio, Reliance were doing about a million eKYCs a day.”

The remarkable thing about GST is that for the first time, you have every business, large and small, on one platform. Be it Hindustan Unilever or a neighbourhood haircutting salon, 10 million Indian businesses are on one platform. This platform has already collected $50 billion in taxes in six months. It’s a great achievement that the government was able to get 10 million companies to one platform, get them to pay taxes. But the reason why GST is pivotal is because we now have a digital footprint at scale for credit. By providing access to real data pertaining to millions of businesses, it will lead to India becoming data rich even before it is economically rich, unlike the West where it was the contrary.”

With ID Credit Data in India coming into play, we are going to move from a prepaid economy to a postpaid economy. You can see a huge surge in business that’ll happen because buyers will get credit to buy and sellers will get credit to create an inventory, so both buyer and seller will be fuelled by database credit, which is going to lead to massive economic activity.

So, with data, you can unshackle the limitations of prepaid credit and pave the way for a postpaid credit economy.

Until now, most often, it was difficult for small borrowers to get access to credit, mostly because lenders didn’t have enough and trustworthy information. That meant the focus for the lenders was always the big guys. But, with data profusion, there’s going to be a complete shift. Millions of small players will now have access to credit.”

Link to the full video here:

Listening to Nandan Nilekani demystify digitisation and data and its relevance to the new Indian economy helps us understand why digitisation is India’s totem for growth. He brilliantly articulated why a trillion-dollar economy was not just a vision, but an achievable goal.

In one of his media interviews, he had said, “My background is putting in large systems that change lives. The right kind of systems can bring honesty and efficiency.”

Today, those words ring especially true. From championing Aadhaar to passionately advocating the potential that brand India presents, he continues to walk the talk. A passage from Rebooting India summarises this perfectly. “We are much better off dreaming, taking risks, and trying to realise a billion aspirations; at best, we risk falling flat on our faces. Far more egregious, and most dangerous to our country, is going about ‘business as usual’, leaving a billion voices unheard and a billion frustrations unresolved.”

Disclaimer: The article is the independent opinion of the author and does not represent those of Kstart or Kalaari.