Fasten your seatbelts, India is in the midst of a product uprising 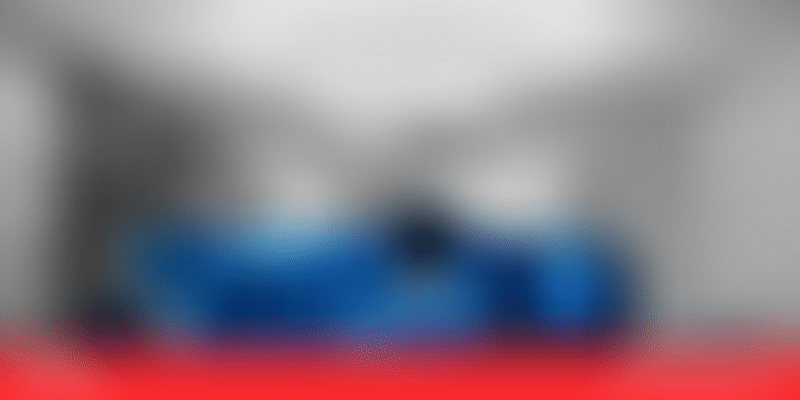 Although a lot still needs to come together, it’s never been a better time for Indian startups to come up with a billion-dollar product offering. A conducive environment, sophisticated customers and an emerging support system are in place.

A lot can happen in four years. That is what Kumar Rangarajan realised when he returned to India in 2017. He was in the US with Facebook since 2014 after the social media giant acquired his startup Little Eye Labs in January 2014.

“Now, when I go to global tech conferences people casually mention Flipkart, Ola and other such companies without qualifying them with an explanation [that they are the Indian version of such-and-such companies]. People know these companies, there is name recognition,” says Kumar, who founded Slang in 2017. Slang is a Voice-to-Action SDK that enables apps to understand and react to voice, especially in Indian languages.

The narrative used to be very different just a few years ago. With India being a major IT services hub, the worry was the country would never produce product startups, whether B2B or B2C, at scale.

However, a number of startups that have come up in the past five years or have scaled up in this time (like Flipkart, Ola and Paytm) have shown that Indian startups can build products. True, many startups, especially in the B2C segment, are Indian iterations of global ventures, but it is a start.

Data from industry body Nasscom shows that India is home to over 5,000 tech or tech-enabled startups, making it the world’s third largest startup ecosystem. Last year saw the launch of over 1,000 startups. India is home to over 700 advanced tech startups and this segment is witnessing a growth rate of 25-30 percent.

What has led to this change and, more importantly, what more needs to happen before we can say India has arrived as a product ecosystem?

India always had the tech and engineering talent. At one point of time there were 600 R&D centres in India. Most global tech majors, including the relatively new-age ones like Google, Facebook and Amazon, had massive tech teams here in India, giving an opportunity to thousands of techies to work in a ‘product’ environment.

“It is a virtuous cycle. Google, Amazon, Microsoft and others helped create a Flipkart and an Ola. The success of these companies is helping create the next set of product startups,” says Prajakt Deolasee, who has co-founded multiple tech startups, like developer platform SnapStick and AI commerce company Hippily. He is now the Head of Engineering at dynamic location startup HyperTrack.

Flipkart’s Sachin Bansal and Binny Bansal started their careers at Amazon, and Ola’s Bhavish Aggarwal was at Microsoft. Flipkart employees, in turn, have gone on to launch over 200 startups.

It was the early set of Indian startups who decided to build a business around a product and not create another IT services firm that has led to this change.

For that, we can thank the example set by the Silicon Valley—the North Star that guides our startup ecosystem.

Also, many Indian engineers started moving to the US to work at product companies and not as the on-site engineers of IT Services firms. Many got valuable experience and returned to India.

Like Prajakt’s colleague and HyperTrack’s Chief Product Officer Abhishek Poddar. Abhishek had launched his startup in the Valley after passing out of Stanford, but faced visa issues. “I had to join Google there but I knew I wanted to be at a startup. Starting up again in the US would have meant visa uncertainties. So I started looking for startup opportunities back in India,” says Abhishek, who moved back to India in 2016 after meeting with HyperTrack founder Kashyap Deorah.

Technology, too, evolved and made starting product businesses cheaper. Cloud technology especially helped in the rise of Software-as-a-Service (SaaS) startups and even that of e-commerce companies as they didn’t have to worry about server costs and scaling up of data storage.

With the launch of internet and product startups, a support system also evolved. In 2013, about 30 product companies and individuals from the tech industry joined hands to launch the think tank Indian Software Product Industry Roundtable (iSPIRT). The same year, IT industry body Nasscom launched the Product Council in 2013. India has also seen a rise in incubators and accelerators, with around 190 such organisations operating in the country.

Industry insiders believe things are set to get better.

A platform or product sits in the middle of problems on one side and innovation on the other side,” says Sharad Sharma, Co-founder of tech industry think tank iSPIRT Foundation.

The issue used to be that all the new technology was in the US and engineers sitting in India, even those part of global distributed teams, were not immersed in these new technologies. There was a lag. Sharad says there are more SaaS startups in Seattle than in India as a whole as the Amazon Web Services (AWS) ecosystem, and hence the heart of cloud computing is in Seattle.

With the rise of internet that lag has changed to an extent. Platforms like GitHub have helped Indian engineers keep abreast of global developments in technology and work directly with global peers. The rise of virtual peer groups and networks--there are hundreds of tech groups on Slack, for instance—have helped with knowledge exchange.

Better still, India is now finally becoming the centre of platform innovation in certain areas. India Stack is uniquely Indian. The entire fintech wave is riding on Indian technology and the digital environment that the country is in. With Aadhaar, India Stack and UPI, India is now the hotbed of digital innovation, especially in fintech.

Similarly, Julia Computing, which has developed a unique and high performing programming language with rich applications in AI and Machine Learning, is partly built out of Bengaluru. The AI ecosystem around Julia is in Bengaluru. So, Sharad hopes, a better quality of AI startups will come out of India.

“To be immersed in the platform used to be difficult. That’s changing now,” says Sharad.

In AI especially, the industry sees great potential for India.

I agree there is a lot of hype. But there is a lot of reality too. The government has made AI a priority. The industry, too, is doing a lot. Nasscom Product Council launched a Deep Tech Club and we will be mentoring 20 startups in each batch. With the kind of work happening in India around AI, the country could become the leader in business automation,” says Atul Batra, Manthan’s CTO and Nasscom Product Council Head.

"Products are built in the shadow of friendly, sophisticated customers. You need the friendly customer saying what is working and what is not. The customer also has to be sophisticated. Only then the product will be scalable. A Druva needed to get a NASA as a customer in early days to become successful,” says Sharad.

But, finding these friendly and sophisticated customers in India used to be difficult earlier, and interacting often with global customers was also not too easy.

Again, the rise of internet has helped. Also, many global companies have their tech teams in India. HyperTrack’s Kashyap says the company’s Head of Business in the US was pitching the product to the head of a tech company at an event. “The person was interested and he said our tech teams should discuss. So my colleague asked him where his tech team is based. The potential client said ‘WeWork, Koramangala’,” says Kashyap, whose team also works out of the same co-working space. “We walked down two doors for the discussion.”

Even better, India has become a market for tech produced in India. When consumer intelligence startup Capillary Technologies launched its SaaS product in 2009 it was the feedback from the first set of five clients—Indus-League Clothing, Indian Terrain, Numero Uno and Madura Fashion & Lifestyle’s People brand—that helped the team perfect the product.

More Indian companies, especially in areas like banking and retail, are buying Indian technology solutions to improve their businesses. It is easier for an Indian entrepreneur just starting out if he finds local customers. When FreshWorks started (as Freshdesk) in 2010 most of its clients were outside India. For HyperTrack, launched last year, around half its clients are Indian companies.

Are we there yet?

Not at all. More needs to happen. This detailed interview with iSPIRT’s Sharad highlights the problems that still exist.

One of the biggest issues has been the lack of strong connections between technology industry and academia. As Atul says, there would have been no Silicon Valley without Stanford University. There is no similar push from India universities. True, research and innovations at some IITs and the IISC have had an impact on the Indian startup ecosystem. But more needs to happen.

“We need to make products a national goal, just like we are doing with AI. We need to expand our community. We need to have more conversations and more mentoring. We need to go outside Tier-I and go to Tier-II and III. That’s where the growth will come from,” says Atul.

Kumar says India needs to produce a global consumer product, like a Google search engine or a Facebook or a WhatsApp—a consumer product that is not a copy, but built in India for the world. Only then can we say we have arrived as a product nation.

What is interesting is that India has no dearth of problems to fire up the imaginations and innovations of Indian techies. As NITI Aayog CEO Amitabh Kant said in his session at the Kalaari Capital Summit recently in Bengaluru, the Silicon Valley has the greatest number of innovators trying to find solutions to the least number of problems, whereas India has all the challenges of the world.

Some of the solutions that Indian innovators make for Bharat could go global.