Pilgrims can now cover 1,400 metres in 3 min, thanks to India's first Funicular Trolley 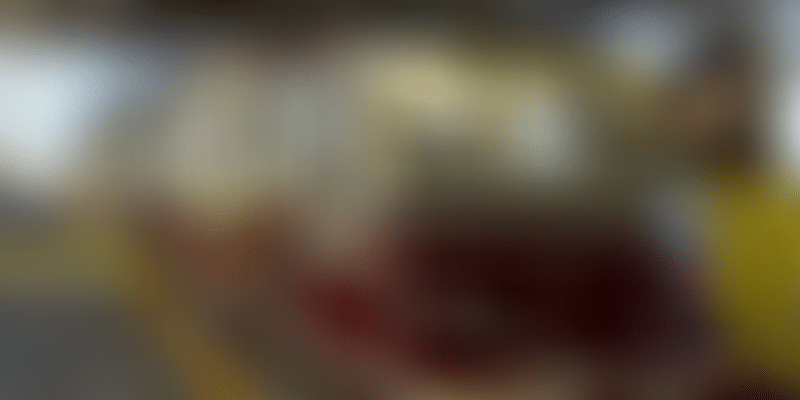 Exactly eight years after it was sanctioned in January 2010, India's first Funicular Trolley is all set to be launched on March 4 for pilgrims who throng the famed Saptashrungi Devi hilltop temple in Nasik, Maharashtra, a top official said.

The Funicular Trolley -- common in several international mountain resorts and villages in Switzerland, Russia and other places -- will zoom up the 1,400 metres tall Saptashrungi Hills in the picturesque north end of Western Ghats to the temple atop, said RR Hande, the Maharashtra Public Works Department Superintending Engineer in Nashik. Hande told IANS,

It will have an elevation of almost 330 feet and will enable pilgrims to reach the top of the hill within three minutes. At present, it's a gruelling climb of 510 steps which can take anything between one and two hours, depending on the pilgrim's health and stamina. The trolley will travel at a 36 degree angle.

A Funicular Trolley is a pair of vehicles pulled up a slope by a cable which loops over a pulley wheel at the upper end of a track. While one vehicle is ascending the other one is descending the track, and thus they are counterbalancing each other. The Funicular Trolley has been constructed by Suyog Gurbaxani Funicular Ropeways Pvt. Ltd., Thane, as a build-operate-transfer project in consultation with Promekhnizatse Consultants of Ukraine, according to PWD Deputy Engineer KR Kedar.

The entire project was tendered for Rs 31.50 crore in 2010, but the final cost estimates are awaited even as the state government and the Shri Saptashrungi Devi Nivanisini Trust, which manages the temple, await the launch.

Hande said the initial ticket will be Rs 80 for adults. For senior citizens above 75, physically handicapped and children below 12 the ticket would cost Rs 40. The temple attracts around four million pilgrims from all over India annually.

The ride gives a view of the lush green and often misty forests on all sides, reportedly teeming with rare medicinal plants and herbs and the rugged seven hill peaks in the vicinity surrounding the Sapta (seven) Shrungi (peaks) top where Saptashrungi Devi's imposing abode has come up. It is also revered as one of the 51 'Shakti-Peethas" in India. The temple is many centuries old with an idol of the 18-armed Saptashrungi Mata, and the forests surrounding it (Dandakaranya) even find a mention in the Ramayana.

According to legend, a Shakti-Peetha is a location where a body part of Sati -- the first wife of Lord Shiva, who immolated herself -- fell, after he mourned her and vented his anger by carrying her body on his shoulders around the universe. Constructing the modern Funicular Trolley proved to be a new and challenging experience for the Maharashtra government as there are no precedent in the country, Hande said.

The surrounding hills are known for rockfalls and landslides. We have tested the Funicular Trolley for several months before it has been cleared for public operations, he added.

It has 1.20 metre wide railway track, with an eight-metres "passing loop" to enable two trolleys travelling in opposite directions to pass each other safely and without interruption.

Kedar said each trolley can carry 60 passengers at a time or approximately 1,200 per hour, and despite the steep angle, pilgrims will have a comfortable ride, as proved in several months of test runs supervised by Indian and international engineers.

In order to cater to the extra rush of pilgrims expected -- at present, the temple clocks an average of 5,000 daily pilgrims and 7,500 on weekends -- the PWS and temple authorities are constructing a parking lot at the base of the hill to accommodate more than 200 vehicles, a market, eateries and other facilities and amenities.

Interestingly, Kedar revealed that a similar Funicular Trolley was first proposed and sanctioned for the famous Hazrat Baba Haji Malang Dargah atop the steep hills in Raigad district.

"However, in terms of completion, the 'Goddess came first', like 'Ladies First', and the other project is expected to follow suit soon," said Kedar in a lighter vein.

With the Saptashrungi Funicular Trolley ready for operations, the state government is getting demands for similar projects in hilltops like Jejuri Temple, Pune, and Panhala in Kolhapur, which is Maharashtra's smallest city and an erstwhile capital of the Chhatrapatis.