IoT in the rural sector: agriculture, dairy and energy 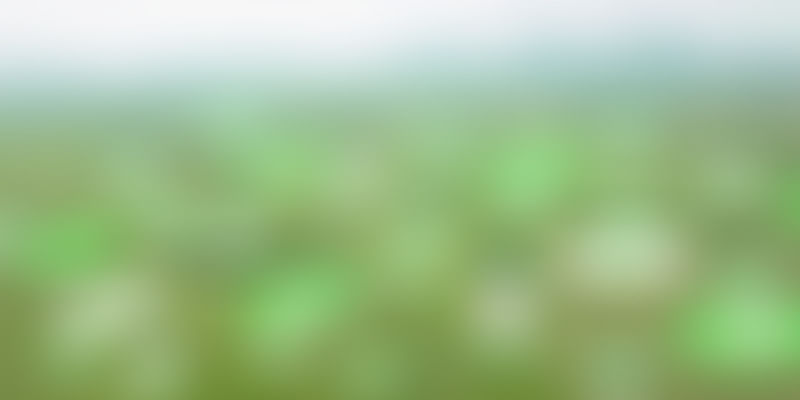 Farming has evolved through phases like subsistence farming (1700s), large for-profit farms (barns: 1800s), animal-powered farming (horses: early 1900s) and machine farming (late 1900s). We are now entering the era of data-powered farming, via large-scale open data sets on weather and yields, Internet of Things (IoT), drones and smart tractors. In future, digital tools will be as important as traditional farming tools in the agricultural sector, according to Rob Thomas, author of ‘Big Data Revolution.’

The deployment of IoT in the rural sector blends together a range of fields – farming, telecommunications, digital instrumentation and industrialised production systems. Powered by advances in computing, other adjacent fields such as Artificial Intelligence (AI), animal healthcare and energy also enter the fray, as summarised in the tech evolution patterns in Table 1.

Several researchers have already addressed how mobile phone communications are impacting agricultural communities. IoT will further extend and amplify this impact. For example, prepaid subscriptions are a common payment option, and sharing of mobile phones between several users is not unusual. Mobile phones are used for sharing social and business information, micro-co-ordination of activities, market expansion, and planning of livestock operations. Industry bodies and government agencies are working together to make mobile phones more affordable, and network coverage more extensive for farming communities.

IoT also plays out well within India’s startup ecosystem, now the third largest tech startup ecosystem in the world, and IoT presents opportunities for players across the value chain. Startups comprise a majority (60–65 percent) of the Indian IoT ecosystem, and 70 percent of these startups are less than six years old. They are targeting the consumer as well as agricultural and industrial sectors.

Startup Avanijal has developed an app-based solution which uses IoT to irrigate fields while helping farmers save water. India’s agricultural sector contributes 17 percent to the national GDP. Over 58 percent of households depend on it for their livelihood. But drought, poor infrastructure, and lack of dependable labour have resulted in poor yield, year after year. One of the biggest challenges is irrigation, especially for small farmers who use drip or sprinkler systems, particularly when water is seen as an increasingly finite and precious resource. These can now be controlled remotely via a combination of installed IoT sensors and activators, along with mobile apps.

The technology—priced between Rs 35,000 and Rs 90,000 depending on the features—is designed to save water, labour and electricity. Pre-set schedules can be used to optimise use of water in different seasons. Future applications include fine-tuning water distribution depending on the soil quality.

India accounts for 16% of the global milk production. However, the dairy farming industry is highly fragmented. Here, Stellapps Technologies has integrated IoT with workflow platforms for dairy farms, co-operatives, and private dairies. Incubated at the Rural Technology Business Incubator (RTBI) at IIT Madras, the solution helps improve the productivity and quality of India’s dairy sector. Stellapps’ solutions include IoT, automation and knowledge-based solutions which optimise the milk production process and keep a check on the health of the cattle. Operations covered include fodder monitoring, housing facilities for cattle, and setting up biogas power plants. Real-time data access along with automation in milking, chilling and veterinary services helps optimise costs.

IoT, along with big data analytics, can also help reduce the chronic energy shortage in rural farming areas. Machine data will be critical in the renewable energy sector, for instance to monitor massive wind turbine installations which are often in remote areas. Aeryon Labs uses drones to inspect and manage energy sites like turbines and rigs.

In the summer of 2012, northern India experienced one of the largest power outages in history. But the application of IoT sensors, data and pattern analysis could have foreseen the risk and prevented such a blackout. Expenditure on Big Data analytics by global utility companies could reach $3.8 billion in 2020, according to GTM Research. Smart meters and smart grids could also help ‘nudge’ consumers towards better energy utilisation in farming as well as industrialised communities.

IoT in agriculture can unleash a range of benefits. It can increase the productivity of agricultural workers by automating processes such as switching on remote farming equipment, which also reduces travel costs. More responsive healthcare services can also be provided for livestock, and their health indicators can be tracked via wireless sensors.

IoT, along with analytics, can reveal new insights for seasonal planning of crops, and thus increase food safety and mitigate crop failure risks.

Smart farming machinery can be configured to reduce downtime via predictive maintenance, leading to better management of resources. The combination of AI and IoT can lead to a wide range of improvements such as asset optimisation (for reliability), operational optimisation (for capabilities) and business optimisation (for market intelligence).

Digital twins offer useful capabilities here for better utilising farming machinery. A digital twin is a continuously-learning replica of a physical system. The digital twin has been identified by Gartner as one of the Top Five tech trends of 2017. Through continuous learning, such digital models can offer deep insights on each physical asset to monitor agricultural machine performance and reduce downtimes.

Rural areas can also become sources of local and urban energy, via smart solar/wind farms. States like Karnataka, where wind energy is a major initiative, can use AI and IoT to optimise arrangement of wind farms and directional positioning of individual windmills as well as turbine blades across different conditions of wind speeds and wakes. Already, state capital Bengaluru is home to 51 percent of all IoT startups in India, according to the IoT Startp Directory 2017. And encouragingly, agritech companies accounted for 12 percent of all IoT startups in India. (Source: https://yourstory.com/2017/11/bengaluru-the-hotbed-for-iot-startups-in-india-with-51-startup-share/)

Despite the challenges, there are a number of companies working towards deploying IoT in agriculture in India. SatSure, for instance, uses IoT and big data to provide financial security to farmers, Gramophone uses technology to address information asymmetry. Avanijal’s app irrigates fields while helping farmers save water and sleep! Green Robot is building smart farm machinery using 3D vision technology and robotics. Avanijal and Green Robot are both finalists of Qualcomm’s Design in India Program, which began in 2015, and encourages Indian product companies to create innovative hardware product designs that incorporate Qualcomm technologies and platforms.

He adds, “Agriculture by default sits in a rural, farming-type of environment, and so making sure that the connectivity, the network reach is there, is obviously challenge number 1.” With increasing connectivity, this is changing for the better.

[Note: Larry’s quotes are taken from the video interview YS did with him in Sep 2017.]

In sum, IoT can amplify the capacity of rural communities to become economic drivers and value creators, and create new employment opportunities as well (see summary of applications and benefits in Table 2). In the coming years, there will be exponential increases in affordable IoT, storage and bandwidth, leading to new opportunities for creativity and productivity. A key challenge is to be able to think out of the box, envision new scenarios, and bring them to life.