With 500K transactions per month, Ixigo is looking at AI assistant TARA to scale further 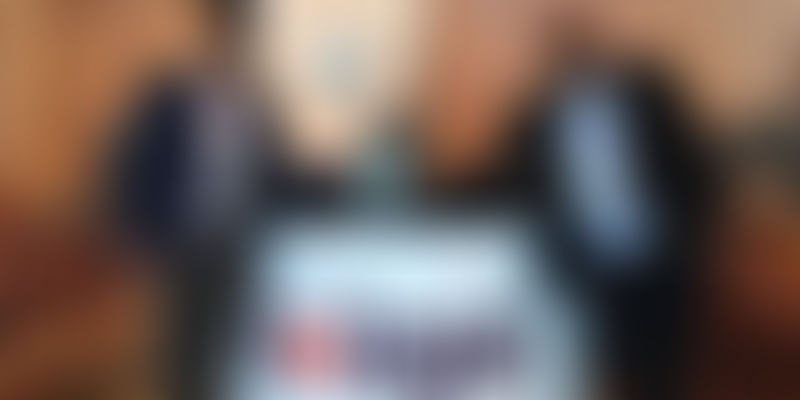 From IxiBaba to TARA, travel aggregator Ixigo is preparing for AI-powered online commerce.

The first few lines in the code of conduct on Alphabet’s investor relations page states, “Don’t be Evil.” It has long been one of Google’s (now a subsidiary of Alphabet) guiding philosophies. But, in recent times, Google has evolved to ‘Kind of Evil’, according to a report by Slate.

Most recently The Competition Commission of India (CCI) India, issued a fine of Rs 135.86 crore on the search engine major, for taking advantage of its clout and exhibiting a “search bias”.

I was sitting opposite the co-founders of Ixigo – CEO Aloke Bajpai and CTO Rajnish Kumar at a cafe when they described their personal experience of ‘menu bar jacking’ by Google. Rajnish explained,

Google is taking a company’s brand keyword, and then cross selling its own competitive product (Google Flights) directly in organic search. This is anti-trust….

Aloke chimed in, “If level playing field concept is applied, then Google needs to have a separate division that manages Google Flights, and bids on ad keywords with us and the competition.”

Ixigo is a meta-search engine that aggregates information from different travel portals across flights, trains, hotels, cabs and travel packages from different platforms (online travel agencies, flight companies, hotel chains and offline tour operators). It essentially serves as an intermediary between the user and a travel booking website, and earns a commission on each booking made.

Aloke and Rajnish said Ixigo currently sees close to 500,000 transactions per month across categories including cabs, hotels as well as flights and train bookings. The company recently announced the launch of an artificial intelligent chat assistant, TARA, through which it aims to go target a larger market. Here is their story, and some recent developments.

Launched in 2007, Ixigo is a leading travel marketplace and since inception, the company claims to have connected over 80 million travellers with over 100 travel suppliers and online travel agencies. Ixigo’s long term vision is to empower every traveller with trustworthy and personalised travel recommendations.

Aloke noted that web traffic has not seen much growth in recent times, and the uprising of mobile apps in the travel space seems to be the likely reason. Apart from its website, Ixigo has three apps on the Google Playstore, and Apple’s App Store -

The cab feature is also bundled into the Ixigo’s flight app. Aloke and Rajnish noted they have about 14 million monthly active users across all their apps. The former also said the train booking app sees the most activity given the mass market appeal of trains. Flight booking, on the other hand, is an important category for Ixigo as it sees the highest margins and also provides the startup the opportunity to cross sell related services like cabs and hotels.

Ixigo has raised a little over $40 million in funding so far from investors including Sequoia Capital India, Fosun Kinzon Capital, SAIF Partners, MakeMyTrip and Micromax. Aloke noted that Ixigo is growing at a 200 percent annualised run rate, and believes the company can continue to see high growth for another decade as internet penetration in India is still low, and a lot more people are expected to come online.

The company has also been working on several innovations like chatbots and voice assistants to keep up with the times and consumer demand. Ixigo recently bagged the People’s Choice Runner-Up award for ‘Travel Innovation’ at the Phocuswright Innovation Launch event held in Florida for its voice-based AI-powered travel assistant, TARA.

Aloke noted that back in 2012, Ixigo had built an entire knowledge graph for travel, and built a natural language processing (NLP) layer on top of it. But, voice APIs like Google’s were not very advanced and accurate yet. So, they waited.

During the chatbot revolution of 2016, the company launched IxiBaba, an AI powered chatbot that could answer travel planning and booking related queries. Rajnish said Ixigo was able to collect a lot of insights and data from IxiBaba, but realised it was not really scalable. He explained,

IxiBaba was mainly built using a rule-based system. Given the wide variety of queries and new uses cases that were pouring in, it was hard to maintain. It became increasingly difficult to write specific code to cater to different requests.

So, Ixigo decided to work on a smart travel assistant that was powered by deep learning, could learn on its own, and hence scale. Codenamed TARA - short for ‘Travel assistant and Recommendation Agent’ - Ixigo took about six months to train it on customer service queries and other use cases. Rajnish said IxiBaba and TARA were developed by the same in-house team of about four people.

Aloke said one of their objectives, and the holy grail they were going after, was that TARA be so functional that customers shouldn’t be able to make out the difference whether they were talking to TARA, or a human customer care executive. TARA is currently in beta mode, and Aloke said it is currently able to handle 60 percent of user queries.

The company aims to launch TARA to a wider audience in the near future, and Aloke and Rajnish believe that time is right now, as companies like Google, Amazon and Microsoft have advanced voice recognition capabilities that other companies can leverage.

Ixigo recently launched a loyalty initiative - Ixigo Money. Aloke and Rajnish explained that being a meta-search engine, it was difficult to build a loyalty programme because they didn’t really control end transactions. So, they worked to build a system where they could handle end-to-end transactions, and offer a fully native end-to-end loyalty programme.

Valid on national and international flights, Ixigo money, as the name suggests, is Ixigo’s virtual currency. Users can both earn and spend Ixigo money on each flight booking.

Aloke and Rajnish explained there is no limit on usage, and customers can use 100 percent of their Ixigo money balance on a single flight booking. There is also no limit on how many times you can earn Ixigo money in a month. Aloke explained,

Ixigo money is valid for six months, and is open to all customers… The market is full of gimmicky loyalty programmes with tons of restrictions. So, we built this.

He the benefits for both customers and Ixigo -

According to a report, ‘Demystifying the Indian Online Traveller,’  released by Google India with along with Boston Consulting Group, India’s domestic travel market is set to grow at 11-11.5 percent to $48 billion by 2020.

Talking about their user demographics, Aloke noted that for flights, the core audience consists of frequent travellers in the age group of 25 to 40 years. For train, the distribution is more wide spread and includes audiences beyond age of 40 years. He noted,

Aloke and Rajnish also see growing demand for regional content, especially on their train booking app, with Hindi being the fastest growing segment currently. They also believe voice interfaces will be the next shift as it can help those not literate make bookings. Aloke noted that TARA should be able to handle bookings in five Indian languages by June 2018.

Another market that Ixigo is looking at is managed corporate bookings. Aloke explained,

Earlier expectations of managed corporate bookings were different from what travel providers offered. But they are now behaving like B2C customers, and expect similar tools.

Because of the size and customisation expected, managed corporate booking customers expect a lot of customer support and Ixigo believes their travel assistant TARA could parse those queries. This sector has higher margins, and is lesser impacted by seasonality, compared with B2C bookings. Aloke noted they are looking at this sector keenly, and added that based on the current runrate, Ixigo expects to touch $500 million annualised gross merchandise value through them by next year.