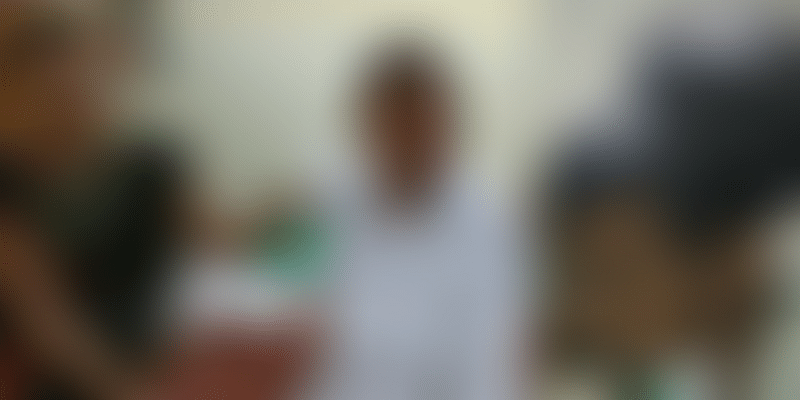 In a rare and complicated surgery, doctors at a Brihanmumbai Municipal Corporation (BMC) hospital have successfully extricated a brain tumour from a 31-year-old blind man from Uttar Pradesh.

The tumour, weighing a whopping 1.873 kg, is the largest of its kind to be excised successfully anywhere in the world, said Professor and Head of Neurosurgery at BYL Nair Charitable Hospital, Dr Trimurti D. Nadkarni.

The patient, Santlal Pal, 31, hailing from Pali village in Bhadohi in Uttar Pradesh, had been admitted with progressive swelling of his scalp, heaviness, constant headaches and loss of vision in both eyes for the past one year.

Upon examination, it was detected that he had a firm scalp swelling of 30x30x20 cm which, shockingly, resembled two heads mounted on top of each other.

Besides the blood vessels were very long, winded and enlarged, posing a bigger challenge to the medical team, and owing to the massive pressure on the brain he had become completely blind.

After a series of MRI and CT scans of the brain, a specialised CT angiography was performed to study the blood supply to the massive brain tumour.

The tumour was found to have invaded the brain on both sides of the midline through the skull bone of the patient, said Nadkarni.

On February 14, Pal was wheeled into the operation theatre by Nadkarni and his team which performed a marathon seven-hour-long operation and successfully excised the brain tumour from Pal.

Along with the tumour, even the affected skull bone was also removed during the surgery and they are awaiting the final medical reports to ascertain if it was benign or cancerous, he added.

During the surgery, he required 11 units of blood transfusion and post-operation, he was put on ventilation support for three days.

"Such large tumours are rare and a surgical challenge. There was a heavy blood loss and this required great team skill in perioperative monitoring for success," Nadkarni told IANS after the record feat.

"The weight of the earlier biggest tumour reported was 1.40 kg, and I had performed even that operation in KEM Hospital way back in 2002," added Nadkarni.

"I feel as if I am relieved of a large burden on my head," said a happy Pal, now convalescing after the operation, notching good recovery and placed on a full regular diet.

The BMC's BYL Nair Hospital Dean Ramesh Bharmal added proudly that "the hospital is well-equipped to manage such complex cases and yields results at par with the best healthcare facilities anywhere."

Nadkarni said there is a 50 percent chance of Pal regaining his vision, and after further tests to be performed six weeks later, it will also become clear if the tumour was cancerous and would need additional procedures or not.