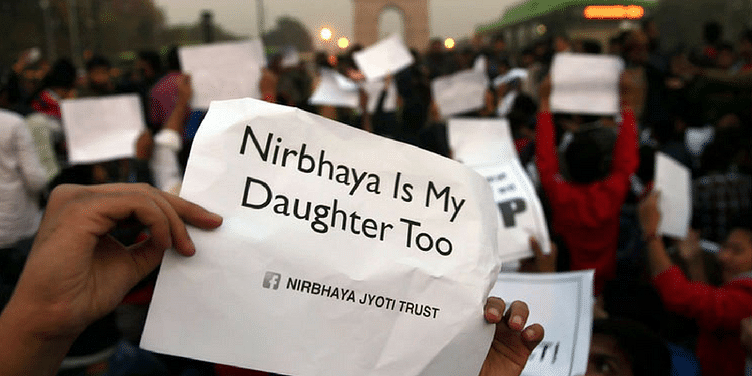 Less than 30 percent of the much-hyped Nirbhaya Fund, which now has run up to Rs 3,100 crore, has been utilised so far in the last five years despite tall claims by the government on women's safety and welfare in the country, an RTI reply has revealed.

The government, in the Union Budget that Finance Minister Arun Jaitley presented on February 1, proposed to pump in another Rs 500 crore into the non-lapsable corpus fund that was launched in the aftermath of nationwide outrage over the brutal rape and murder of a 23-year-old woman -- given the moniker Nirbhaya, or fearless, by the media -- in the capital on December 16, 2012.

In response to an RTI query by IANS, the Ministry of Women and Child Development (WCD) said only Rs 825 crore has been utilised from the Nirbhaya Fund -- which was named after the woman -- till date out of the Rs 2,711 crore that accumulated in 2017-18.

Till January 2018, 21 proposals have been appraised by the WCD Ministry, of which 17 have been implemented. The RTI query revealed that only Rs 50 crore has been utilised by the Railway Ministry, which was given Rs 500 crore from the fund for its proposal -- Integrated Emergency Response Management System (IERMS).

The WCD Ministry had proposed seven schemes under the Nirbhaya Fund where the majority of the fund was allotted to One Stop Centres (OSCs) -- a much-hyped scheme that was started in 2015. But it too remains unutilised. The reply said that only Rs 81 crore from the Rs 458 crore allocated has been disbursed in three years.

The OSCs are supposed to provide access to services like medical aid, police assistance, legal aid and psycho-social counselling to victims of sexual assaults.

The RTI also revealed that in another scheme, Women's Helplines, for which Rs 156 crore was allocated, only Rs 21 crore has been disbursed.

Nine of the schemes come from the Ministry of Home Affairs (MHA), of which seven have been initiated. The total fund allocated for MHA is Rs 1,273 crore, out of which Rs 554 crore has been utilised.

According to the reply, the Ministry of Road Transport and Highways had also forwarded three schemes, of which the funds for one -- training women to drive heavy passenger vehicles in Bengaluru (Rs 56 crore allocated) -- has been unused.

The responsibility of the Nirbhaya Fund went to the WCD, which replaced MHA as the nodal ministry in 2015 after questions were raised on the utilisation of the sanctioned amounts. However, even under WCD, a majority of the fund remains unutilised.

Even last year, the WCD Ministry had issued a clarification on the utilisation of the Nirbhaya Fund after repeated reports of its underutilisation were published.

According the ministry, other states and ministries were requested and reminded in August last year to send in innovative proposals that can enhance the security and safety of women, but no details have been provided by WCD.

While acting NCW Chairperson Rekha Sharma maintained her silence of the use of the Nirbhaya Fund stating that it is not its responsibility to follow up on the various schemes, Lalitha Kumaramangalam, former NCW Chairperson, told IANS that the funds have not been utilised properly.

"The funds have not been utilised properly by the ministry whereas it should have been done -- a long time back. Now WCD is considering utilising the fund. There are good people now in the ministry; they should hurry up," Kumaramangalam stated.

Ranjana Kumari of the Centre for Social Research India (CSRI) had pointed out that allocating Rs 500 crore to the Railways for its IEMRS scheme was a poor step.

"Railways is a well-established ministry which can afford to set up CCTV cameras; it doesn't make sense to use the Nirbhaya Fund for it. In any case, the cameras are hardly monitored," Kumari added.