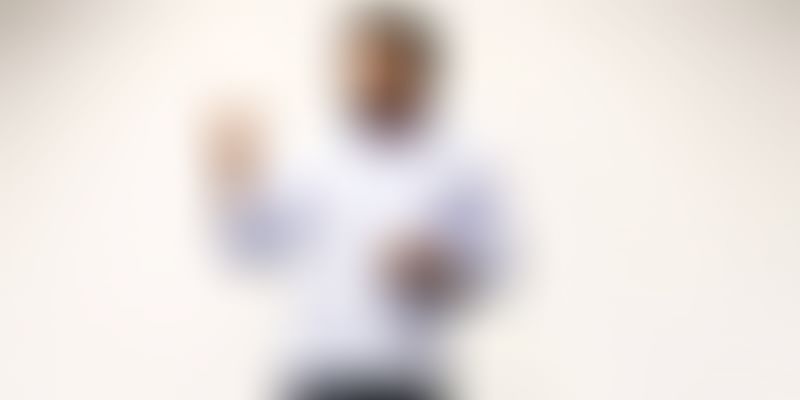 P Shravan Kumar aka Akiraa launched Research Funders, a platform to connect scientists with potential donors who can help fund their research and projects.

The progress of scientific discoveries has always been under scrutiny in our country, which has continually put science second.

Why are Indians lagging behind in terms of making new scientific discoveries? Why don't our scientists work here? Why do they move away abroad? The answer is a scarce budget.

Funding for scientific research in India has always been a closed loop; you either fund your research by yourself or leave the country for better opportunities. Reports state that while advanced countries invest about 2 to 3 percent of their GDP to science, India’s investment in basic science has been revolving around 0.9 percent of GDP for the last decade.

When 27-year-old computer scientist and researcher Akiraa from Telengana discovered that as a regular scholar you may have shot at a 40-percent funding (which again is not a complete chance) but as a young aspirant or student with ideas that could possibly change the face of science, you are left with no means to continue research, he decided to level the playing field.

Rising from the bottom

Akiraa, who hails from the city of Miryalaguda, recalls being obsessed with all things that could fly, daydreaming of being an astronaut and a researcher as a kid. “I come from a rural lower-middle-class family. My parents are farmers. Although uneducated, they knew the value of education; they helped me become an engineer. This set my dreams in motion.”

But the years that followed were exceptionally difficult, from having to drop out of masters due to financial constraints to spending a year without a job. But Akiraa finally found his calling. After extensively travelling through rural India he realised that unemployment in these regions was a real problem. “To help deal with this issue I used my technical skills and built a SMS-based rural recruitment service. It was a huge hit. I was offered to join the ‘Entrepreneurship for Good’ fellowship by a successful social incubator called ‘The Do School’. My life changed then on, with them sponsoring a trip to Germany for me.”

As part of the fellowship in Germany, Akiraa led 20 young team members from 20 countries, and built a super cognitive computing technology to address issues of B2B models. On his return to India in 2016, the researcher in him wanted to resolve the issue of locating and gaining access to important research papers. He says, “Around 3,000 research papers are published on a daily basis, but only one percent of it is accessible. I was determined to change this by applying artificial intelligence (AI) to research papers and design an AI-based search engine.”

But the universe had other plans. “As I was networking with scholars, researchers, scientists and professors it was brought to my attention that accessing research papers is not the only one issue, they were other issues like funding and equipment support,” he adds.

Flooded with thoughts of curious minds forced to kill the scientist in them because of a lack in funding, equipment or mentorship, Akiraa decided to change course and built a roadmap to this problem with a mission of democratising science. He launched Research Funders, a social network of academics where any creative mind can connect, fund and share scientific research.

Crowdfunding for the win

With very little capital and manpower to support and sustain his venture, Akiraa reached out to his sister and a few fellow scholars to come on board as community scientists and began working on Research Funders in 2016. “The idea was to build a crowdfunding platform that connects scholars and scientists with potential donors who can help fund their research and projects using a public funding model. On Research Funders science lovers can fund a scientific project and also be part of research,” he explains.

Elaborating on why he chose the crowdfunding route he adds, “Crowdfunding has been used and continues to be used across the globe to raise money for scientific research and to engage the general public in science. This was fascinating to me as our country had no such means. In that moment I knew that this was what our scientists needed.”

Akiraa believes that crowdfunding not only fills in the need of the immediate funding gaps but also engages and educates the general public about scientific research, which is the platform’s long-term goal.

In June 2017, the six-member team working out of Telengana launched the beta version of Research Funders. In the beta stage it has helped fund over 30 diverse projects, ranging from cancer research to marine biology, raising over Rs 75 lakh from over 3,000 individual citizens.

Research Funders has a certain protocol it follows before a project goes live. It screens proposed projects for feasibility and novelty, while also running checks on the applicants to prevent fraud. “After a project is submitted by the campaigner our group of community scientists review the project and identity of the researcher,” explains Akiraa. Once approved the project goes live, researchers can post videos and Q&A about their projects on the site while visitors can back the project of their choice.

The crowdfunding platform has over 15 research categories, ranging from engineering to biology and earth sciences. Research Funders does not limit research to subjects based just on science but also allows the funding for projects on economics, political science, art and design. “If the project breaks the barriers of knowledge and can make new discoveries we will help them get funds,” says Akiraa.

Moreover, Research Funders charges only a five-percent fee on fully-funded projects, the lowest compared to other crowdfunding sites. “If the campaign wasn't successful in reaching its goal, we do not charge a fee and the donated amount is returned back to its donors,” Akiraa adds.

Research Funders, thus far, has funded over 130 projects, rasing about Rs 2.6 crore, turning dreams into reality. Recalling his favourite success story, Akiraa shares that a 15-year-old student started a campaign to study the indoor plants suggested by NASA that helped purify air. “He successfully raised Rs 25,000 for his project, and started research on plants. These young dreams are what we want to give wings to,” he says.

The list goes on. From a campaigner who raised funds to study volcanoes and extract water from it, a study that can help astronauts get water from the volcanoes on Mars, to an independent researcher who raised enough to test the ozone and pollution levels in Delhi, this first-of-its-kind research based crowdfunding platform has opened up a world of opportunities for budding researchers.

While Research Funders continues to support established scientists, their real intention is to help give birth to new scientists, supporting researchers at the most nascent stage of an idea. This year, the team is launching a marketplace for scientists to connect with worldwide research centres. They have also hired a team to develop their next product Akiraa AI - a science assistant, to help access research papers, the beta version of which will be launched this March.

Following its motto of bringing hope to young talent, Research Funders is well on its way to putting research in the spotlight and bringing possible path-breaking discoveries to the fore.