Blockchain: a new technology or a new kind of enterprise?

The world around us is changing rapidly. Innovation is driving the advent of new technologies that are mushrooming every day and continually transforming the landscape of modern life. Most recently, Big Data, Artificial Intelligence and now Blockchains are all making huge strides into the way we work and live.

Of these, Blockchain is a technology that is particularly difficult to comprehend, as it far surpasses the definition of being just a technological breakthrough. Its true potential extends deep into the very field of economics, the almost esoteric science that attempts to define the rules that drive human society.

This article is meant as a thought experiment to explore the potential for Blockchains to redefine the way a business is created and run. This thought experiment also attempts to illustrate the fundamental crypto economics that drives many of the disruptive cryptocurrency implementations in the world today.

Let us imagine a new kind of enterprise that is designed to create value through a self-regulating method that is both decentralised and auto-incentivising. This is in direct contrast to the conventional top-down hierarchical, command and control enterprise.

We will do this in a two-step process.

First, we set up an initial monetary policy (“the white paper”) in the form of a finite number of digital tokens that represents the overall value of the enterprise. This also creates the requisite economic scarcity to start with that is essential to this approach.

These two fundamental steps set up a self-regulating system that, theoretically, should not need the conventional checks and balances of top-down hierarchical command and control enterprises.

The basic hypothesis of economic behaviour here, is that the participants will automatically gravitate to "do the right thing” to increase the value of the token that they own and earn. The more business value that is created by the enterprise overall, the more the token value increases.

The above system is analogous to income being earned by the employees of an enterprise solely in shares. The enterprise, therefore, should automatically correct itself to always increase the share value (the basic hypothesis again).

Note that participants in the enterprise could be both the employees and its customers, besides any other stakeholder that are vested in its success by virtue of owning its tokens.

Hence, instead of being just an innovative technology for a traditional enterprise, this now becomes a whole new type of enterprise, with a crypto-economic self-regulating governance model.

One basic requirement for setting up such an enterprise, is the use of a transparent immutable Distributed Ledger to establish trust between all participants of the enterprise.

In all likelihood, this will be based on Blockchain technology, although it could just as well be any of the alternate “blockless” technologies that are in development. The only requirement is to have an infrastructure that establishes trust “inherently" without a third-party arbitrator. Hence, it is a self-regulating system.

One apparent problem with public ledgers, as they are implemented today, is that data is visible to all. This could be a barrier depending on the nature of operations of the enterprise. However, this could be mitigated by encrypting data in a manner that the distributed nodes maintaining the ledger can see the transaction records, but not read its contents including who the transacting parties are. The records can only be read by the transacting parties using cryptography to identify themselves.

The alternative is a Private Distributed Ledger that is run by a consortium of permissioned nodes. Here again, private data could be open to the consortium nodes or alternatively, readable only by the parties to a transaction.

The right approach would be where data on the ledger is readable only by the parties to the transaction and if desired any other authorised party (e.g. regulators for oversight, where it is mandated by law). Data is opened to all, only if the solution absolutely requires it.

If that can be achieved with a public ledger, that would be the ideal scenario to achieve true distributed trust. Else, a private ledger will need to be used where trust ultimately resides in the governance model of the consortium (which incidentally, itself could be a coded set of rules on another ledger). Either way, data privacy is maintained sacrosanct to make this infrastructure feasible across various types of business.

In Blockchains, at a high level, tokens can be earned in one of two token earning models.

An early attempt at a more sophisticated token classification framework can be found at the following link.

Therefore, the ideal infrastructure for this new kind of enterprise would be a Decentralised Blockchain based Public Distributed Ledger with an Intrinsic or Extrinsic Token to incentivise the participants of the enterprise including the nodes that are maintaining the ledger, along with complete data privacy on the ledger to allow only transacting parties and any mandated regulatory authorities to read the data.

Examples of the new kind of enterprise

So, what would such an enterprise look like? Here are a few examples of new kinds of enterprises that could be built utilising this model.

A Distributed P2P Lending Network in which Lenders and Borrowers are joined by a network of Verifiers, Hosting providers and Developers, all incentivised to build, maintain and use the distributed lending platform that is hosted on a blockchain technology.

A Distributed Money Transfer Network in which remitters and recipients are once again joined by a network of banks, currency exchanges, hosting providers and developers, all once again, incentivised to build, maintain and use the money transfer platform built on top of a blockchain technology.

And in an even more radically different vein, a Distributed Charity Organisation in which the contributor and the beneficiary are joined once again by suppliers, logistics providers, hosting providers, and developers. All of them earning tokens from the network for using the network, thereby increasing the perceived value of the tokens, which in turn increases their earnings.

Or perhaps, a Distributed Writer’s Collective, where a group of writers tokenise the future products of their creativity and get readers along with publishers and the platform hosting and development providers to create a virtual enterprise to fund the creative process in a self-regulating system.

So, as you can see, this innovation can be applied across diverse types of enterprises or collectives. We only have to use our imagination to ponder the various possibilities that this opens up. It is very evident that Bitcoins may be just the beginning, and we may be on the verge of an entirely new economic model for human society to evolve into.

Finally, as this is a thought experiment, the purpose of this article is to drive thinking and dialogue. Hence, the ideas are intentionally half-formed, and any and all criticism are welcome. The more we discuss and understand the full potential of this innovation, the better prepared we will be to accept the coming transformations in the economics of our lives. 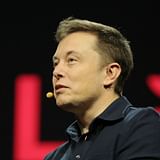