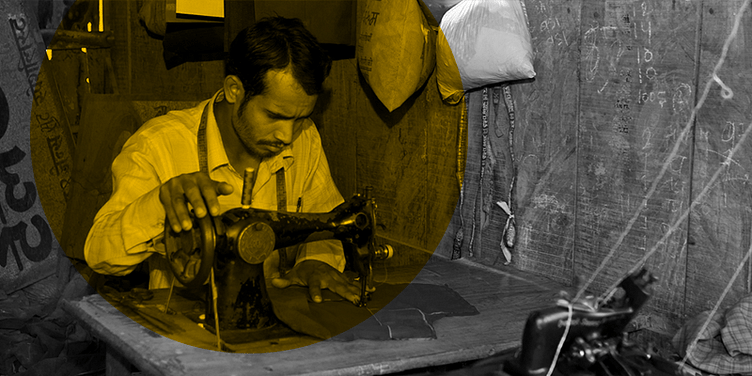 Pertinent questions like, what does the Indian middle class really represent? or how are we going to explain the real potential of India to a prospective marketer? are unanswered, largely due to lack of data.

The Economist article The Elephant in the Room, India's missing middle class, published on January 18, 2018, was not always complementary to the Indian economy and its potential, although the article had several truths that might have hit home. India's newly founded nationalistic pride might have been affronted severely and the article no doubt irked a number of people. As a result, we saw an article in the Mint called India's burgeoning middle class, authored by CEO of Niti Aayog Amitabh Kant, his colleagues Vaibhav Kapoor and Ranveer Nagaich, questioning the authenticity of the Economist article. Their main argument was that “the Economist’s analysis of the middle class is too one-dimensional for an economy as complex as India’s.” Complexity for us is always our final against any criticism.

There has been a lot of hype around India's middle class ever since articles first started pouring in from reputed Indian and international publications at the turn of the millennium. I saw most of them as being a very good way to position India on the international scene, especially since India was typically left out of the revival of the Asian Tigers in the 90s.

While looking at India's middle class, one question that according to me no one has answered quite successfully is, who exactly is India's middle class? Because we can begin to have a discussion only if we agree first on the definition. Otherwise, there will be forever arguments on whether there is a substantial middle class that represents a profitable market for goods and services in the Indian economy.

Who exactly, then, is the Indian middle class?

Broadly, middle class seems to depend on how much income a person under this definition earns. There can be arguments about how much income is good enough, which seems to be one of the differences that the Economist article has with the Mint article.

Now comes the tricky part. Since we are used to quoting either per capita income or PPP or daily income, we can again get lost in a plethora of income definitions. But the last chart I could find on per capita median income for India wasn't very promising compared to other nations around us, particularly China, Bhutan or even Sri Lanka.

As the Gallup research of 2013 shows, India ranks quite low on the median per capita income at $616. What does this median income mean? It means that 50 percent of the population lies above $616 and 50 percent of the population lies below. China has almost three times our median per capita income at $1,786. This means that China's middle class may be even three times wealthier than India's and therefore represent a more profitable middle class from that point of view.

Now going back to the Pew Research definition that the middle class is two-thirds to two times the median income we get a range of $406 - $1,232. The lower range of $406 is particularly depressing, because those people earning $406 are on the threshold of debt and poverty.

According to the Pew Research definition if the middle class has an upper range of $1,232 and one converts it to a daily income threshold then this works out to an upper threshold of $3.5 a day. This falls into the lower-middle of chart quoted by Kant et al. So as per the Pew definition of middle class, we might now accidentally also include the poor in the definition.

Hindustan Unilever sales I think could be a fallacy for projecting the real potential of an economy like India. Hindustan Unilever is frankly growing at the Hindu rate of growth and often challenged to cross double-digit growth.

All in all, it does seem that various definitions of the middle class may lead us to different conclusions. Also if we look at India in isolation we might be misled. What does the Indian middle class really represent? How are we going to explain the real potential of India to a prospective marketer? Will we tell him that looking at our country as a prospect is like adding a UK market of say 55 million to their global booty? Or 78 million as the Economist article suggests. Or 158 million as the Amitabh Kant et al article in the Mint suggest.

One thing is clear. Whatever that number, what needs to be additionally clarified is a comparative parameter on how we compare with other countries and their middle class. For example the fact that the same middle class in China might earn almost three times as much as in India. One can also argue of course that a true definition of the middle class would give us an idea of consumer spending rather than just consumer incomes. To use an Americanism, is our middle class the Stragglers rather than the Thrivers? Only better data might tell the true story.