Ideas are a dime a dozen so discuss them openly: Keerti Melkote’s advice to entrepreneurs 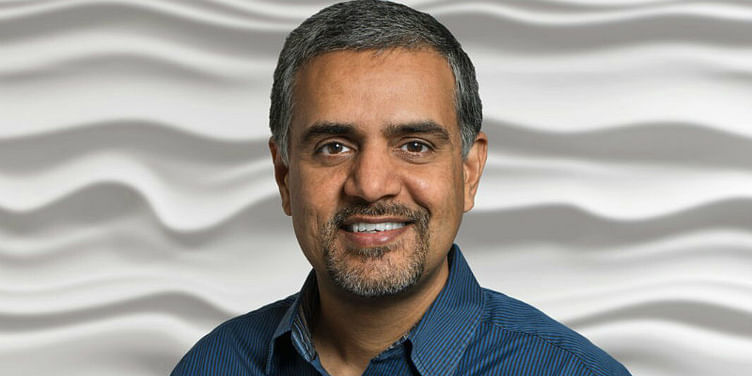 Twenty seven years ago, Keerti Melkote was flipping burgers to pay off his student loan; now as Co-Founder and President at Aruba, a HP Enterprise company, he is one of the most important technocrats in the world.

Keerti Melkote’s entrepreneurial life is what most dreams are made of. And much like Hollywood, he lived it in the US, the land where anyone can make it. Keerti’s early bets on mobile technology and Wifi changing enterprise networks paid rich dividends when HP acquire his company, Aruba Networks, for $3 billion in 2013.

Keerti is still part of Aruba and is globe-trotting, meeting clients and building the India centre. In a candid interview with YourStory, he reveals that living the life of an entrepreneur is more about solving problems and constant articulation. He also tells why he believes India’s time has arrived when it comes to going global in products. Edited excerpts of the interview:

YS: What was the genesis of Aruba and how do you build sustainable companies?

KM: Until 2002, I was building products that were built for the wired world. Most products then were built for the world of the desk. Now, if you remember, Nokia Candy Phones and Moto Razr phones were the rage at the time. I realised that the workforce of the future would largely be mobile and that wireless was the future. I began to talk to customers about this, even before I began to sell the product. I advise all entrepreneurs to discuss their ideas openly, nobody can steal the idea. Ideas are a dime a dozen.

So what did customers tell me? They told me that if we are building technologies that support the WiFi world in an enterprise, we had to look at security. That's what I went and solved. My philosophy was customer first, customer last.

Then I went to the VC community, again at the idea stage, and they asked me a very important question. They asked me how could I beat the incumbent large company and what stopped that large company from doing what we were doing. So, I told them that we had to eat into their wired business, which was their business model at that time. We had to cannibalise into that infrastructure. I realised that the competition could never take a leap, from a business model perspective, into wireless technologies at the time in 2002.

Then I went ahead and created a great team that loved the idea. So the VCs then backed me for the team, the market opportunity, and the business model disruption. Did I fear at the time? Absolutely not! The large company was in the way of my vision and dream. I went ahead and built that. Just remember that when you are spending so much of your time on building a product, it better be worth your time. Don't solve small things, solve big problems is what I tell entrepreneurs. Don't build features, go after big things. That's what builds sustainability in a company.

YS: You say the business is now $2.5 billion in size. How does one manage to stay relevant?

KM: Founder-led companies do stand the test of time. It is natural to bring in senior people, but some entrepreneurs clamp up when they work with experienced people. Remember that there are more ideas when you work with experienced people. Some founders feel they are suddenly being challenged and may feel insecure; they feel the company is their baby and it must work their way. This is natural, but it’s not a good way of thinking. I advise entrepreneurs not to think this way. People come to a company because they buy into a shared vision. However, it's also okay to fire people. That said, surround yourself with bright people.

Then there is the question of working with clients. I will work with them if they understand the value of the product and may even not charge them for a trial. But free proofs-of-concept don't work because they don't pay your bills. Once you realise the stickiness of your product you better begin charging customers. You are not going to give anyone charity because you are in a business. Customers expect you to ask them for money. You have to get your pricing right otherwise you will lose a lot of value. The wider the market, the wider the inertia. Stick with your plan and give it time. That's how you stay relevant.

We built a company around the mobile-first world from the business context. It was hard to see in 2002, but that world came fast and came true. We were listed in the Nasdaq in 2007 before HP acquired us in 2013. The relationship with HP started off with that of a vendor; the rest is history.

YS: Tell us about your early lessons that are important to becoming an entrepreneur?

KM: So, my first lesson to entrepreneurs is about knowing what to speak to a customer. It's not about selling, it is about articulating the value that the customer gets out of what you have built. It is less about technology and it is more about your clients and the benefit that they deserve out of the product.

You learn in your journey. At Intel and Cisco I learned a lot, but, I realised that I needed to be part of a small company to learn everything. It was risky, but I did that. It's very important for any individual to know how things work even in smaller companies. Everyone around me thought it was a big risk. But that startup got acquired by Nortel at the height of the dotcom bust for around $350 million. I made money and paid off my mortgages, but I realised I cannot stop there. There was an urge to do something on my own. I sat in my garage and began to think about what I wanted to solve.

YS: What do you think about entrepreneurs in India?

KM: Entrepreneurs are the lifeblood of any economy. If you are passionate about what you do, you seek out the right experiences. Failure is very real and it's okay. But, know when to shut shop and move on. In India, I am closely associated with T-Hub in Hyderabad, Telangana, helping entrepreneurs think about going global. The product development exists in this country otherwise I would not be here. I will tell Indian entrepreneurs this; they have to have a global presence if they close business in other countries. You need to be close to your customers. However, the way India has grown is over the last 25 years phenomenal. If it continues to grow consistently over the next decade then you see enormous possibilities.

YS: Tell us about your early memories in the US and what started it all?

KM: Being an entrepreneur was not easy and I never intended to be one till the exposure I received at Intel to learn technical aspects. I started off from Purdue University, had to do a lot of odd jobs like flipping burgers to pay off the student loan and then joined Intel. The earliest memories were of the nineties when the internet was available only for research purposes in universities. It's hard to believe so much has changed since then.

I was a systems integrator in the high energy physics department at the university and we did not even have the browser. It was sort of an inter-university network and things changed from 1995 when the browser began to be used.

What makes it interesting is that my job at Intel, which was in the Valley, made me believe in the infectious nature of entrepreneurship. But, I had no idea of what it meant to be an entrepreneur because I was so technical in my thoughts. But the Valley gives you an opportunity to learn, so I joined Cisco in a business role. That's when I realised I could be an entrepreneur and learnt how to speak to the customer.