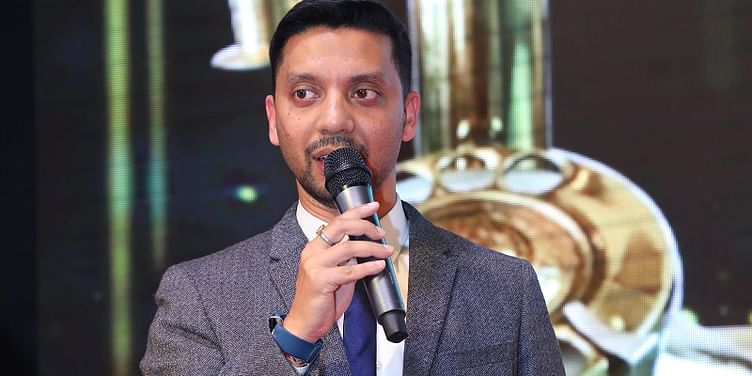 Satyakam Mohanty, Founder, Lymbyc, has automated analytics to combine the best of human and machine intelligence.

Who carries a quirky title like Chief Light Bulb? That’s what Satyakam Mohanty, Founder of Lymbyc, goes by in his visiting card. For six years, he has been building a product tech business and has managed to create virtual assistants for crunching large volumes of data.

But to create such massive analytics capabilities, he had to virtually gather insights from scratch. He started with a traditional data science consulting model along with analysing complex data gathered from business intelligence tools. Nonetheless, his company did not give up its original mission of automating data analysis.

“It has taken me five years, but I ensured that the business was generating cash to invest in the future,” says Satyakam. He began to invest in building a product, on the side, as early as 2014, and realised that technology should cut across industries and not just be a point solution. “Point solutions will always limit a team, a product can scale up an idea,” says Satyakam.

The company raised an undisclosed seed round, back in 2012, and ever since then, it has generated $3 million (undisclosed, but Satyakam gives a ballpark figure) in revenues.

For Satyakam, data science began in an unusual way. He rose through the ranks very quickly. From being a research executive in 2001, in less than seven years, he became the VP of Genpact and scaled up their data practice. In 2012, when Satyakam’s career was on the rise, K Pandiarajan, Founder of Ma Foi, contacted him to set up an analytics business.

“I always wanted to be an entrepreneur and with a seed fund to start a business, I jumped at the opportunity. But it is never easy because you are building something completely new,” says Satyakam.

The premise was to set up an analytics practice for several businesses that could not reach a large size IT services or analytics firm and empower the insights manager in an organisation with on-demand data.

In the early days, Satyakam would win contracts from small businesses, for two to three years, on a per seat pricing model, and create insights for the business that they were part of. This model was perfected by Fractal, Manthan, and Mu Sigma. All three are highly valued analytics businesses generating revenues in millions.

With these biggies around, Lymbyc realised that there were many more companies that wanted to use good analytics services.

In a sales-driven enterprise, a CEO and his leadership team asks the insights manager for the following:

Now, these four requirements entail multiple emails and reiterations. Even with the best business intelligent tools available for extracting data, the insights manager is hamstrung by time constraints and multiple communications from various teams. Below are the problems the insight manager faces:

This is where Lymbyc steps in and changes the game in favour of the insights manager:

The tool pulls raw data from the database of the company and applies machine learning based on the queries of the manager. After that, it begins to present the data as per the query. The algorithm learns from the query and presents this data to the insights manager on a daily basis. The insights manager can share these insights on a real-time basis within the organisation.

“Businesses have always asked how and what; they have so far not entered the realm of why. So, our solution helps analysts and data scientists to be intuitive,” says Satyakam. The NLP-based querying language helps businesses take strategic decisions in real-time across enterprise and consumer spaces.

Now, remember the first five years Satyakam spent creating these intuitive predictions using a team of several data experts? He has taken all the learnings from the consumer and pharma enterprises, clients that he served between 2012 and 2017, to automate decision-making sciences. “The people model is good to a certain scale, but it cannot make a $100 million-dollar company — only a product can scale you up,” says Satyakam. Lymbyc has around 75 members.

The market is moving to self-serve too.

According to Gartner, modern BI and analytics continue to expand more rapidly than the overall market, which is offsetting declines in traditional BI spending. The modern BI and analytics platform emerged in the last few years to meet new organisational requirements for accessibility, agility and deeper analytical insight, shifting the market from IT-led, system-of-record reporting to business-led, agile analytics including self-service.

The market is shrinking due to cost pressure too.

The modern BI and analytics market is expected to decelerate, however, from the 63.6 percent growth in 2015 to a projected 19 percent by 2020. Gartner believes this reflects data and analytics becoming mainstream in corporate. The market is growing in terms of seat expansion, but revenue will be dampened by pricing pressure.

“Building a product around AI and ML for analytics is going to change corporate decision-making. We have already deployed a platform that is real-time for large corporates. Besides, automated tools will make an organisation take faster decisions on strategy in hours rather than weeks,” says Atul Jalan, Founder, Manthan.

Lymbyc has over 25 paying customers for their data science services in the pharma and consumer industries. Satyakam is not shying away from raising more money. He wants it to be strategic. “This is the best time to be in data science because automation and people processes are coming together to make real-time insights. This is where artificial intelligence is helping people take relevant decisions,” he says.

Lymbyc refers to “Limbic” — a system of brain structures that stores memories and creates actions. That’s exactly what Satyakam’s business tries to achieve — to be intuitive with stored memories.