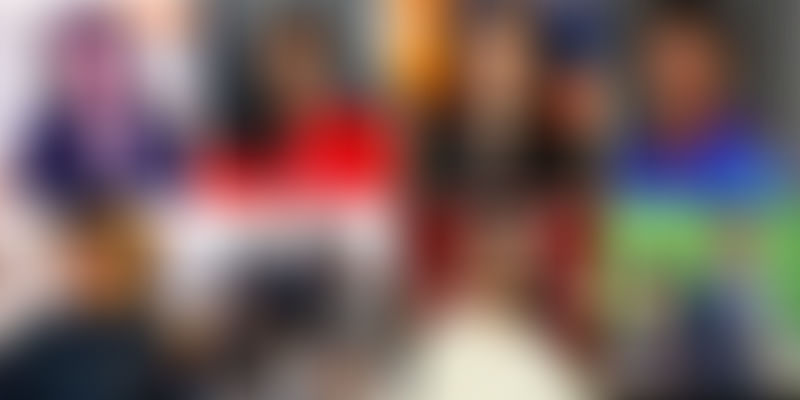 India headlined at the Forbes 30 Under 30 Asia compilation this year – footing 65 of the total 300 finalists on the prestigious list, higher than any other country. “Given the current median age in the country is just 27 years old, this should be of little surprise. However, what does surprise is that this is a group of Indians who are focused on giving back to their country through their endeavors, in whatever way they can,” writes Forbes, about those who cracked the final 300.

Amongst the list is a slew of celebrities from the Indian startup ecosystem as well as Indian athletes. However, the B-town celebrities were conspicuous in their absence – with only one Indian actress making the list – 29-year-old Anushka Sharma. One of the highest-paid actresses of the Indian film industry, she has acted in 19 films (three of which have not yet been released) since her debut in 2008. She also championed the'Right to Education' in a government-issued PSA.

Amongst the who's who of the startup sphere that featured on the list were Bobble Keyboard co-creator, 26-year-old Ankit Prasadis, on the list of honorees catering to the millennial market, along with his co-founder Mohd Wassem. They claim that their app has garnered around 10 million downloads to date.

Twenty-eight-year-old Rahul Gayam, CTO of Gayam Motor Works, along with his brother, Raja, made the list for their contributions towards sustainable development, after they co-created electric auto-rickshaws and bikes for the Indian market. Tarun Mehta and Swapnil Jain, founders of Ather Energy, also staked their claim to this list for their work in building electric two-wheelers. Bala Sarda, the 26-year-old founder and CEO of Vahdam Teas, leads a funded startup that operates a direct-to-consumer tea business that processes, packs, and ships teas directly to the consumer within 24-72 hours of production.

Nishant Chopra, who founded Oshadi, also secured a spot on this list for his efforts to revive India's textile heritage, by using eco-friendly ancient Indian techniques and materials, natural dyes and handwoven fabrics to make modern clothing, and even debuted at Paris Fashion week with a capsule collection.

Three illustrious athletes produced by the Indian soil cracked the list for their invaluable contributions to their respective sport. Nineteen-year-old Padmanabh Singh, the titular Maharaja of Jaipur, is credited to have revived the sport of polo in India. He captained the first Indian polo team to head to England in 20 years, and also went on to become the youngest Indian member of a world cup polo team – not to mention the youngest ever winner of the Indian Open Polo Cup. P.V. Sindhu and Smriti Mandhana have rarely left the limelight over the past couple of years, winning several laurels for the nation at most international contests in badminton and cricket respectively.

In the social sector, Shriyans Bhandari (23) and Ramesh Dhami (22) were included on the list for combatting the country’s massive footwear shortage, by “recycling discarded shoes into wearable footwear for children in need” under the brand name of 'Greensole'. They have managed to give away over 100,000 shoes so far. Ria Sharma (25) also features on this list for her initiative 'Make Love Not Scars', a “rehabilitation centre providing medical, legal, education, vocational and psychological rehabilitation services for Indian acid attack survivors,” Forbes describes. It has augmented the lives of over 75 acid-attack survivors so far.

Suhani Jalota (23) has also found a spot on this list for her work in the women empowerment space, through her organisation, Myna Mahila Foundation, which she founded along with three other women from slum communities in Mumbai, in order to grant impoverished communities access to menstrual hygiene products.

And 26-year-old Priya Prakash’s HealthSetGo is "busy training health professionals and teachers to help students across the country," Forbes explains. Aakriti Kumar (28) also graced the list for her zero-waste furniture under the brand 'Differniture'.