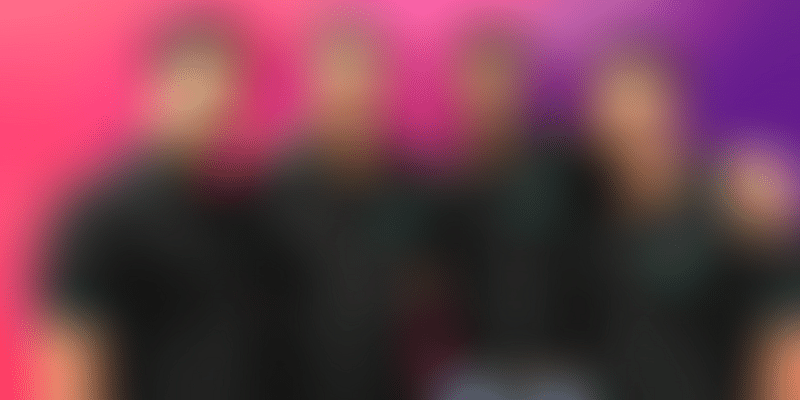 With its IoT-enabled smart water purifier system, OCEO hopes to change how water is consumed, especially in countries like India facing a huge water crisis.

Water purification as a service - that is what OCEO, an IoT-enabled smart water purifier startup provides in these times of water scarcity and increased awareness of safe drinking water.

With the market saturated with water purifiers that come with high maintenance costs, this tech solution works on a pay-as-you-use (per litre) model where the user pays only for the amount of water purified by the device.

The idea for an IoT-enabled water purifier came to Vikram Gulecha when he was working in his family real estate business. A scion of the Valmark Group and Manyata Developers in Bengaluru, Vikram realised that there was a problem they needed to fix as far as providing safe drinking water was concerned to the residents of the apartments they were building.

“We could have gone with the existing technology available for water purifiers, but I realised that the installation and maintenance costs of these were high,” says Vikram. A graduate of Jain University and a Harvard dropout, Vikram took the problem to some of his engineer friends who came up with the magic word -- IoT.

“I had not heard of IoT before that. I did my research, and once I had figured the business model, we got down to building the tech,” he adds.

It took him about six months from July to December, 2016, from ideation to MVP. “We installed the first OCEO in January, 2017.”

The startup was one of YourStory’s Tech30 companies in 2017.

Save water and cost

An OCEO purifier is installed at the user’s location without them having to buy or bear any maintenance costs of the machine. They pay only for the amount of water purified by the device.

The user can conveniently recharge/buy water credits online through a mobile and web application. The integrated real-time monitoring platform allows the company to perform predictive maintenance of the devices.

“As a strategic business decision, there is a zero capping on minimum consumption of water for the user. Though we have observed that 15 -20 litres per day is consumed by a household, users can consume as many litres of water from the device without having to worry about its maintenance for a lifetime,” says Vikram.

With data becoming a prized commodity, this IoT-enabled purifier has both micro and macro use cases. The company is able to leverage remote monitoring capabilities and gather data such as water flow, quality of water, device working condition on a real-time basis.

The startup is bootstrapped, but Vikram says they are open for strategic deals. “In terms of investments, we will be open to conversations during Q2-Q3 2018,” says Vikram. Refraining from revealing their revenue figures, he says the burn is significantly low.

The IoT-enabled solutions developed by industry leaders are primarily using the bluetooth technology for machine monitoring, and a few models working on wi-fi connectivity have entered the market.

OCEO purifiers are connected to the cloud servers, and the company relies on GRPS/GSM connectivity to monitor every drop of water during the purification process. “The traditional bluetooth/Wifi systems have more drawbacks than advantages in implementation across a wider geography,” he adds.

Though the startup now has 9,000 users, it was a challenge to change people’s behaviour to adopt a totally different approach to purifying water. However, in the long run, it was noticed that users were not only saving water, they were even paying less for it.

The OCEO founding team includes Vikram Gulecha (strategy and alliance), Mahendra Dantewadiya (manufacturing and engineering), Hasmukh Gulecha (operations and finance), and Rajeev Kumar (technology development). In a short span of time, they have bagged a number of awards and recognitions, including winning the India-Israel Innovation Challenge for Innovative and affordable solutions that produce potable drinking water at the point of use in both rural and urban areas.

With its headquarters in Bengaluru, the startup is conducting field trials in Chennai and Hyderabad. Vikram says they are also discussing with potential partnerships in international markets, including the UAE, Malaysia, Philippines, Vietnam, and Cambodia.

“In the coming years, we foresee there will be many players entering the market with a similar model like ours (like it is happening in the automobile industry - the Tesla Effect). We are confident that we will be a game changer because of our smart sense technology blended with unique user ownership model,” he adds.