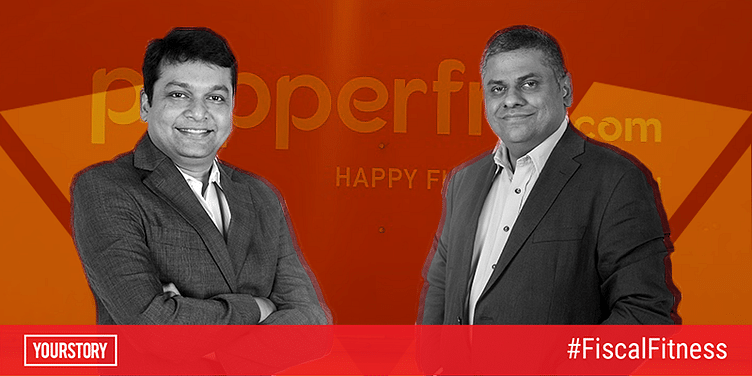 Very few startups grow to become market leaders in less than a decade. For ecommerce in India, Flipkart is the undeniable leader, just like BookMyShow is for ticketing. But for high ticket categories, competition will be lesser, as few will dare to venture here. In the ecommerce sector itself, precious jewellery and furniture are two of them.

A few years ago, buying furniture online would have been unthinkable. But in 2012, two Mumbai-based professionals - Ashish Shah and Ambareesh Murty - started up in the sector, and fought their offline competition with funding from Zodius Capital, Bertelsmann, and Norwest Ventures.

Six years later, this venture – Pepperfry – has become the undeniable market leader in the online furniture and home décor sector. In fact, FY2017-18 has been a landmark year for the company, with multiple innovative initiatives and more funding in its kitty.

In FY2017, Pepperfry grew 30 percent in revenues while its losses declined by 17 percent compared to the previous year. (Pepperfry’s rival Urban Ladder had 22 percent increase in revenues during the same period.)

Today, Pepperfry claims to have a 60 percent market share in the online home and furniture segment by working directly with 10,000 plus merchant partners and a catalogue of 1.2 lakh products. On its leadership team too, there has been significant additions: Pepperfry hired Abhimanyu Lal as its Chief Product Officer (CPO) and elevated Hussaine Kesury, its former Vice President and Business Head - Furniture, to Chief Category Officer (CCO).

YourStory takes a look at how this fiscal has played out for Pepperfry.

One of the main aspects of the online furniture business, which Pepperfry got right at the beginning itself, is logistics. Instead of the routine of outsourcing it from third-party logistics players, Pepperfry built a hub and spoke large item distribution model and now has more than 400 trucks. It claims to have the capability to deliver more than 100,000 large items per month.

As omnichannel is becoming the norm among online retailers, Pepperfry has also taken this route, to provide multiple touch-points for its consumers.

In tandem with most ecommerce players today, Pepperfry has also increased the range of private label products this year. Its average margin is 50 percent while the other brands give a 17 percent margin.

Currently, Pepperfry has 10 house brands that contribute to 50 percent of the overall business. Pepperfry claims to have NPS upwards of 60 percent.

During the past fiscal, Pepperfry scaled up into renting and exchange.

In July, Pepperfry tied up with online marketplace for pre-owned furniture Zefo to provide customers with an opportunity to sell their old furniture to Zefo in exchange for Pepperfry gift cards through the ‘Exchange Your Furniture’ service. These gift cards are redeemable against purchases made on Pepperfry.

In September, it launched a furniture rental service in Mumbai, Bengaluru, Delhi, Gurgaon, Hyderabad, Pune, Chennai, Noida, and Ahmedabad, despite Bengaluru-based Furlenco and Instamojo already having a lion’s share of the market. This segment targets the urban population between the ages of 25 to35. The rental service is only for its seven in-house brands, which they keep an inventory for. Two months ago, it tied up with online classifieds platform Quikr for a furniture exchange programme.

Soon after, Pepperfry launched the ‘Privilege programme’ by partnering with about 1,400 architects and interior designers to widen its customer reach. The programme is expected to host 10,000 partners by the end of 2018.

Further, now that Pepperfry’s logistics arm Pepkart has become the largest big-box delivery in the country, it has found another stream of revenue – by supplying to third parties who transport white goods like TV, washing machine, etc. Ashish says that Pepperfry’s damage rate-between the production and delivery to the customer is just two percent, while the global average is six percent.

A few weeks ago, Pepperfry announced it had received funding of Rs 250 crore from State Street Global Advisors, the asset management business of State Street Corporation, one of the world’s largest investment management companies. (Altogether, it has raised Rs 1200 crore now.) This is the highest amount of capital raised by an ecommerce furniture and home products company in India.

In an email, Pepperfry founder and COO Ashish Shah spoke about its awaited profitability and the impending IPO, “This first year of loss reduction has been possible due to Pepperfry’s asset-light, marketplace business model. The significant scale has positioned us well to achieve EBITDA profitability in the next 12-18 months."

Ashish added that Pepperfry is today well positioned with deep moats providing a significant competitive advantage, the ability to command superior product margins on its marketplace and top of mind brand recall.

"Pepperfry’s revenue has grown at a CAGR of over 83 percent in the last five years. This year will be about expansion of Pepperfry’s Experience Centers in Tier II Towns, investments behind developing AR/VR technology for virtual touch and feel and enhancing the private brand franchise in preparation for its next financial milestone of an IPO,” he added.

This six-year-old company has opened its first offline store in July 2017 on its home turf. Additionally, Urban Ladder was licensed as a single brand retailer from a marketplace model so that they can keep inventory and open retail stores. Reports suggest that it is also planning to build offline stores outside Bengaluru, targeting a market share of 20 percent.

But Pepperfry has a new competitor in ecommerce leader Flipkart. Just before Diwali 2017, Flipkart re-launched its furniture category at scale - delivering to 84 cities. It has onboarded furniture brands like Lazy-Boy, Home Town, and Peps as well as manufacturers from Indian furniture hubs like Jaipur, Jodhpur, and Nagpur. The company has also gone to large international manufacturers in China and Malaysia, centres known for specialised and quality furniture.

However, Pepperfry has managed to keep up as category leader so far. Ashish says that they witnessed a strong revenue growth with a significant reduction in losses in FY2017. The current fiscal year has also seen a focus on trimming losses, although the company did not divulge details. However, Ashish claims that its omnichannel strategy has been successful, with studios providing 150 percent higher average order value and buy 80 percent more times on Pepperfry.

“We now have more than 28 studios across 16 cities in India and these studios contribute to upwards of 20 percent of our overall business,” he said, adding that they have tightened control over expenses to ensure that future revenue increases will require only marginal increases in costs.

What is next for Pepperfry?

The strategy has been helpful so far. Since 2014, when the first studio was launched, 13-14 percent sales from these centres have grown to 28-30 percent this year. It is hoping to bring 40 percent sales from the studios in the coming fiscal year, as average order value from studio-visit compared to online-only visit is 80 percent higher.

According to Ashish, studios in Bengaluru and Gurgaon bring crores worth of business, with more than 40 percent conversion rate. (There is no sale in offline stores. The customers experience the products at the centre before placing the order.)

On an average, studios – which take Rs 40-70 lakh investment, break even by the fifth month, and their monthly operations cost only Rs 5-7 lakh.

(Asked about the valuation of the company, which is reportedly $280 million now, Pepperfry declined to comment. Also, it did not clarify if it has achieved the GMV target of Rs 1400 crore this year.)

On a larger picture, it would be fair to say that Pepperfry – while still a loss-making company- has managed to keep its position as the online furniture market leader this year. While it takes no competition lightly, how it utilises various channels of revenue will pave the path for profitability and eventually, an IPO.