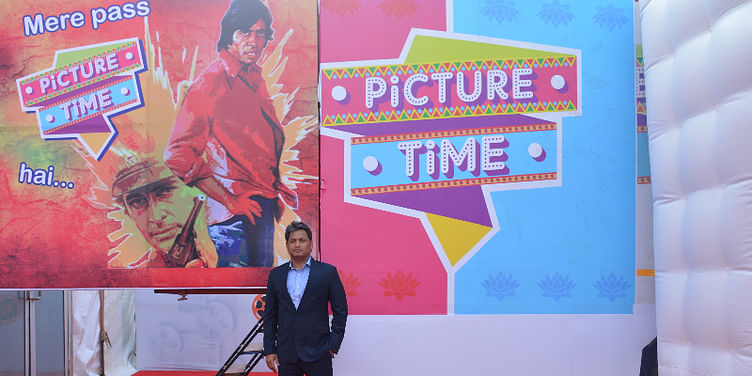 PictureTime, a mobile digital movie theatre (MDMT) startup, recently announced it had secured Rs 25 crore at an undisclosed valuation in a Pre-Series A financing round from a group of HNIs led by Ajay Relan, Founder Chairman of CX Partners.

Established in October 2015 by Sushil Chaudhary, PictureTime introduced mobile movie halls in an effort to ensure people in rural areas have access to good quality entertainment at affordable prices. Using trucks as a medium, the company carries inflatable theaters to towns, villages and remote parts of the country to offer the rural audience a world-class movie-going experience.

The inflatable theatre is made of all-weather, fire-resistant materials and it has features like HD interactive screens, live chat function, and 5.1 Dolby surround sound. The theatre can seat 120-150 people at a time and tickets are priced in the range of Rs 30 to Rs 50.

The area outside the digiplex is converted into a local food court, with entertainment and gaming activities giving audiences in small semi-urban and rural areas accessibility to a multiplex cinematic experience.

Apart from providing entertainment, the company is also committed to raising awareness on education and social welfare schemes with the help of technology. The mobile movie halls also offer government and private organisations an outreach vehicle to promote their schemes to the rural population at large.

Speaking on the new round of funding, Sushil, the founder and CEO of PictureTime said,

Our aim is to use technology to not only provide high quality entertainment to rural India, but to also use our mobile digiplex cinema theatres as an outreach vehicle to generate awareness on educational and government schemes on initiatives around Digital India, Skill India and Swachh Bharat Abhiyaan.

He also noted that they are are trying to curb piracy in remote rural areas by releasing new movies simultaneously in the locations they are present in.

The Indian film industry is expected to grow at 11.5 percent year-on-year, reaching a total gross realisation of Rs 23,800 crore ($3.7 billion) by 2020, according to a report by industry lobby PHD Chamber and bed & breakfast accommodations aggregator BnBNation. Digital streaming platforms like Netflix, Amazon Prime Video and Hotstar have also gained popularity in India. These platforms generally get new movies in their catalogues within a month or so of a film releasing in theatres.

PictureTime provides unique dual benefits to the rural population of India - a state of the art cinema experience as well as an outreach medium for both social messaging and private advertising all under one umbrella. By offering low cost mobile cinema halls, the venture will help address the severe cinema theatre crunch by increasing the screen count in remote parts of the country.

PictureTime currently has a team of 30, and the startup is now in the process of expanding its team and hiring across different verticals like sales teams and also a CFO.