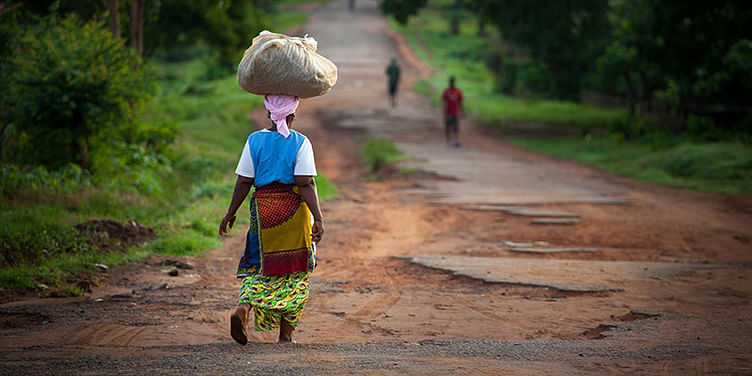 You and your team are dedicated, professional and passionate about making the world a better place. You've created a software solution to do just that. It's good. Maybe even revolutionary. The kind of thing that can change the course of a life or even an entire community.

But it can’t be used by the people who need it.

Sounds like nightmare fuel, doesn't it? Yet, for many outstanding companies and NGOs doing potentially world-changing work around financial inclusivity and the connected world, it's a sad reality. Thanks to the catastrophic and widespread lack of last-mile connectivity for approximately half the world's population, good work by good people designed to do good for millions simply goes unused. The Digital Divide persists, and it must be bridged.

We believe that it can be, and we at RightMesh are here to help that happen.

The divide between people who have internet access and those who do not is deepening existing inequalities, inequalities that pose a serious global threat. Unsurprisingly, you’re more likely to be offline if you are female, poor, live in a rural area or a low-income country, or some combination of the above. To be offline today is to be excluded from opportunities to learn and earn, to access valuable services, and to participate in democratic debate. If we do not invest seriously in closing this gap, the last billion will not be connected until 2042. That’s an entire generation left behind.

An inclusive global digital economy is possible, but it requires bridging that Digital Divide, which is as often physical as it is metaphorical. If you live on a farm, if you live in a ghetto, if you live in a small rural community, you are often far from the nearest internet connection; and satellite communications, while potentially reaching the entire planet, are priced to appeal to financial elites. If a solid connection exists, it's often a monopoly and priced accordingly.

The economic power of more than half the world is currently excluded from the internet. A truly inclusive global digital economy benefits everyone, bringing immediate and life-changing benefits to the end user who is now empowered participate in the global economy.

In Southeast Asia alone, 320 million working adults currently do not have access to banks while some 2.5 billion around the world have never dealt with a bank. They are unable to accept e-payments, have to pay surcharges for customers' cheques, cannot buy business or personal insurance, are unable to obtain loans or lines of credit regardless of the success of their business, and of course are unable to invest in financial savings instruments. A mortgage? Bridge loan? Funds for expansion? Forget it. When you live on cash, you live on the perimeter of the global economy, constantly in danger of being marginalized out of existence.

In such a situation, the blockchain is the only solution. Capable of tracking literally infinite number of transactions, free to use and automatic, the blockchain truly holds the power to bring half the world's population into the 21st Century from the 19th. Particularly in environments where there's logical distrust of existing institutions, the transparency of the blockchain offers a uniquely reliable, trustworthy backbone for economic initiatives. Its decentralized nature also means it's equally accessible from all areas of the globe, a huge advantage over hodgepodge localized solutions which later have to be stitched together at great cost.

There are so many blockchain solutions for microfinance, legal identity documents, property rights, peer-to-peer banking services, barter functions and more, but without the ability of the end user to connect online, they are only potentialities. Hard work and potential going to waste.

RightMesh is a free-range connectivity solution, bridging the Digital Divide, bringing underserved millions online, and actually enriching them as they use the RightMesh network. It turns a user's phone into a node in the mesh network, and as others use the node to access the web or share its resources, the node automatically earns the phone owner cryptocurrency, stored in an Ethereum wallet. The more users in a given area participate in RightMesh, the more prosperous the area becomes, not only because of the crypto earnings, but also because they can now avail themselves of the benefits of connectivity in a secure, trusted and transparent environment, all backed by the blockchain.

As Berners-Lee puts it, "The future of the web isn’t just about those of us who are online today, but also those yet to connect." We at RightMesh are here to connect those people, wherever they may be.

There is still time to join RightMesh in connecting the world by participating in their Token Generating Event on May 30th. Find out more information here.