These sisters are styling the world with Meesha, which offers Indian scarves with a French touch 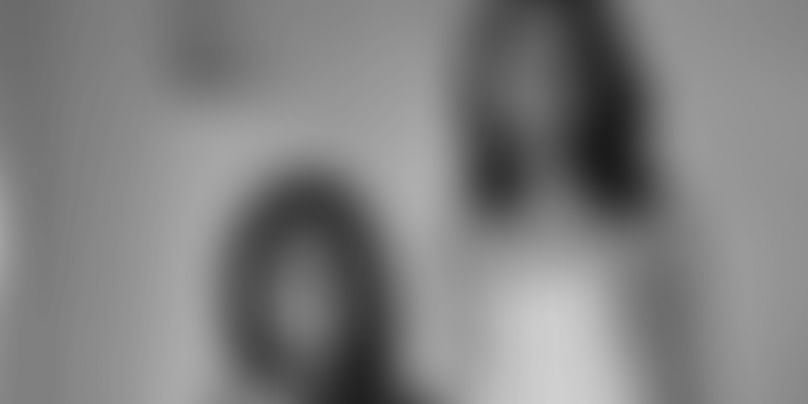 Launched in the summer of 2011 in Paris, Meesha has grown exponentially - from a 10-piece scarf collection to retailing in Le Bon Marche, Saks Fifth Avenue, Le Printemps, Le Mill, and Ogaan.

Problem it solves: Indian weavers get to sell internationally

Delhi-based Meesha Khanna Bajaj, 35, had always wanted to be in fashion. She grew up in a family surrounded by textile and garment exporters; attending shows and entertaining buyers. It all seemed very glamorous as a school child. Meesha went on to pursue an undergraduate course at Parsons School of Design in New York, majoring in design and management. Later, she worked with Armani Exchange and designer Manish Arora.

But she was not sure whether she should be in design or managing a brand. As fate would have it, she is now doing both – along with her sister Trisha, who has an undergraduate degree from RIT in Rochester, New York, in marketing and international business. Trisha has worked at USAWeb as a content writer and ad developer, and at H.Bloom NYC in sales and operations.

The two sisters were clear that they wanted to create a product utilising India’s vast textile resources and present it in a contemporary manner so as to appeal to a global audience. The only initial strategy was to ensure great quality at the best price and launch it abroad. Along with Meesha’s friends in Paris, Magali Charruyer and Catherine Gouin, they launched a brand that would encompass the very best of their two worlds: Meesha.

They zeroed in on scarves due to their access to fabric and Indian textiles, due to the family business.

“Interpreting and creating a collection with this background seemed a natural choice. We realised that scarves would be a good entry point and depending on how we did we could figure out other verticals later,” Meesha recollects.

Magali Charruyer started the MC2 sales and distribution agency in Paris and Catherine Gouin has been working with her for the last 15 years. They have ensured that each Meesha scarf is a unique weave, on Indian textile with a French aesthetic. Handcrafted by Indian weavers across Delhi, Punjab, Kashmir and Calcutta, they use ultra-fine merino wool, wool cashmere blends, and pure silk.

Meesha was launched in the summer of 2011 at the Men’s Fashion Week in Paris.

Meesha’s target audience was men and women aged above 25 years with a love for fashion. “We wanted to market this in stores where a buyer who placed a premium on great quality would go and shop. Our little idea grew from a 10-piece scarf collection to retailing a major capsule in what was our wish list of stores in 2011,” recollects Meesha, adding that their retail partners are their biggest achievement.

Magali Charruyer and Catherine Gouin in Paris manage the worldwide distribution for the brand.

“With help from French partners and distributors, we worked with stores that not only understood our methodology and appreciated our effort, but were also the best platform for an unknown brand to launch. We feel fortunate to be working with some of the best stores in the world like Le Bon Marche, Saks Fifth Avenue, Le Printemps; Le Mill and Ogaan in India,” Meesha says.

Today, the brand retails in over 90 stores worldwide including Bloomingdales (New York, LA, Chicago, and online), Harvey Nichols (Hong Kong), Via Bus Stop, and Isetan and Mitsukoshi (Tokyo) among others.

“Internationally we retail alongside brands like Faliero Sarti and EPICE. They are huge compared to us and we feel privileged to share the same rack as them in stores like Le Bon Marche and Le Printemps,” Trisha says.

The price of Meesha Scarves begins at Rs 4,000 for pocket squares to Rs 25,000 for a cashmere scarf. They only sell online through retail partner websites like the Bloomingdales website and L’Exception in France. Meesha showcases at Paris Fashion Week for Men and Women for the Spring/Summer and Fall/Winter seasons. They also sell directly to stores four times a year during the period.

The biggest challenge for Meesha is achieving and maintaining a great quality standard as far as the fabric, the printing, and finishing of the product is concerned.

“Each season we attempt something new; we start from scratch in trying to get it perfect,” Trisha says.

She adds that their differentiation is being able to offer fabric and workmanship unique to India. “We have incorporated handloom cotton and cotton silks as well as hand embroideries on our scarves to stand apart,” she tells YourStory.

Self-funded and profitable, Meesha is currently backed by a team of 15 people, including designers, merchandisers, QC, shipping and logistics.

Meesha did not reveal the volume of orders.

Speaking about the future, she said: “We are designing and researching our Spring/Summer 19 collection at the moment; we expect it to be a big year for accessories.”

Depending on how they grow in the year, Meesha may decide to add a few more verticals and consider external funding.