Post on CRPF guard giving his lunch to a beggar in Srinagar goes viral, brings recognition from authorities 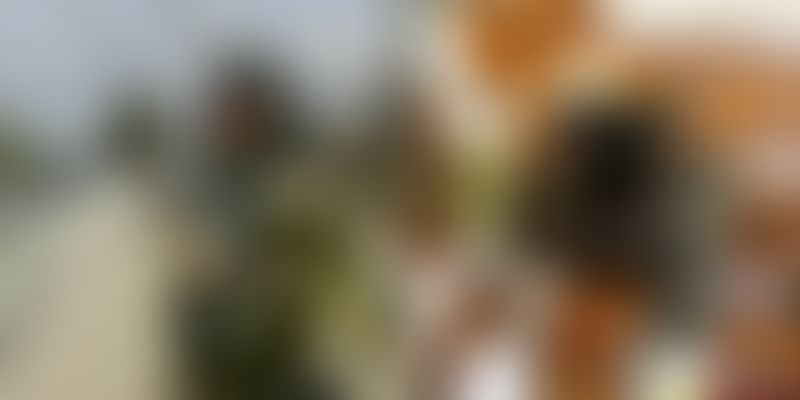 At a time when the world is bombarded with news of violence and destruction, any act of kindness, no matter how big or small, always warms the heart.

Majid, in his post, says that driving in the capital city of Srinagar one day, he saw a man crouched before two CRPF personnel and stepped out to inquire what was wrong. With years of strife in the Kashmir valley, and relations between the locals and security forces not at their best, he automatically expected to see the soldiers questioning the local man.

The truth, he found, was entirely different.

The crouched man was a physically challenged beggar, and was seeking food from the soldiers. Seeing his state, and the fact that no one around had anything to give to the hungry man, Sujeet did not hesitate to give him a fruit from his lunch.

As simple an act it was, it led Majid to share this on the social media website, drawing many comments about Sujit's act of kindness.

In fact, it did not go unnoticed by his superior officers as well, and he was recognised and honoured.

Majid also recounts how, when he asked Sujit, who hails from Bihar, for a picture so he could share his story, he politely declined and eventually agreed only after much prodding.