One man, one country, one cycle: for the cause of polio eradication 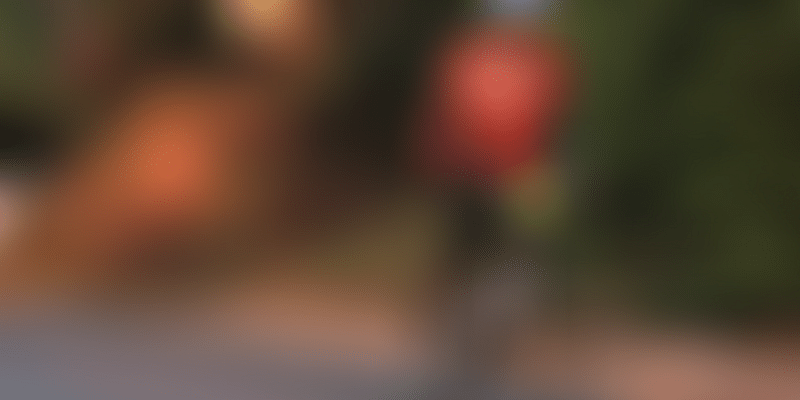 Prof SS Shameem cycled 2,140 kms across Malaysia to spread awareness on the Polio Virus and global eradication of the disease

The World Health Organization reports Polio cases have decreased by 99 percent across the world since 1988. Yet, even if one child contracts the disease today, the fear of it spreading to 200,000 cases a year lingers.

While awareness campaigns, and health camps, have achieved much in terms of spreading awareness, one man embarked on a solo journey on his bicycle, riding the length and breadth of Malaysia, to spread the word.

SS Shameem, an assistant professor in the Department of Computer Applications in Manipal Institute of Technology, Karnataka, who is posted at Manipal International University, Malaysia, cycled 2,140 km over two weeks from January 31 to February 14 to spread word on eradication of polio.

“Malaysia was declared a Polio-Free country a decade ago; but as it’s known - polio can spread anywhere, anytime unless properly taken care of. I am currently located at Malaysia; so it was decided that the expedition would be held here. Earlier, I had done similar events back in India for causes like Green and Healthy India, among others,” says Shameem.

“Globally, most governments and NGOs are working on eradicating polio from the face of the earth. But we’re still yet to achieve 100 percent on this. As long as there’s one case, it can spread. Rotary International has been working tirelessly for many years with its EndPolio mission. This cycling expedition was in association with Rotary’s initiative. Manipal, having a strong presence in the medical sector in Malaysia as well, promoted this expedition for the same cause,” Shameem said.

In India, which reported its last case of polio virus in 2011, awareness to ensure the disease doesn’t make another appearance is imperative. Once known as a hotbed for the virus, various pulse polio campaigns led to the successful eradication of the disease.

“A lot of initiatives were taken; but as all would agree, content on an official document and facts/reality have a lot of difference. Much work is needed on the ground level; which needs lot of funding, and more importantly public awareness. At least, I can do my part through such cycling expeditions and campaigns,” he adds.

His journey also translated into a knowledge sharing space, where misunderstandings about the disease were cleared and information spread.

For the love of cycling

While there are many methods to spread awareness on health issues, Shameem believes that to reach out to as many people as possible, one needs to travel. To support the cause of polio eradication, he cycled 100-200 km a day. He began the two-week voyage from Nilai, passing through Kuala Lumpur, Rewang, Taiping, Ipoh, Penang, Perlis, Kedah, Mersing, Johor, Bahru, Muar, Melacca, Tampin, Seremban, before ending it at Nilai. The expedition covered the whole of Malaysian mainland.

“The attempt caught people’s attention and they wanted to know more about it. That serves our purpose. Also, seeing a solo effort of riding 100-200 km per day, 2000+ km straight, people helped out; which helped in our EndPolio Fund-raising campaign. I don't think we could have gotten a better response, or raised more money in a Greener way, through a mode other than this.”

At the Manipal Institute of Technology, Karnataka, students, alumni and staff have created cycling clubs, and participate in various local and national circuits. Shameem believes the youth needs to be enthused about cycling and using it as a means to create greater community engagement.

“I love cycling. I like to push myself beyond limits; I want to try the tough things. Exploring places on cycle defines me; and that’s why I do it.”

From the cyclist’s journal

The only concerns were wildlife and reptiles. A particular 250 km stretch in northern Malaysia is full of mountains and thick forest, with no trace of human life for miles. Wild-pigs, elephants, even tigers are seen roaming freely on highways. I was lucky to have not encountered any at all. I was carrying two small knives at hands’ reach while cycling on the stretch. - Shameem