This summer, bring a ‘Pause’ to the sweltering heat with fresh juices, refreshing teas 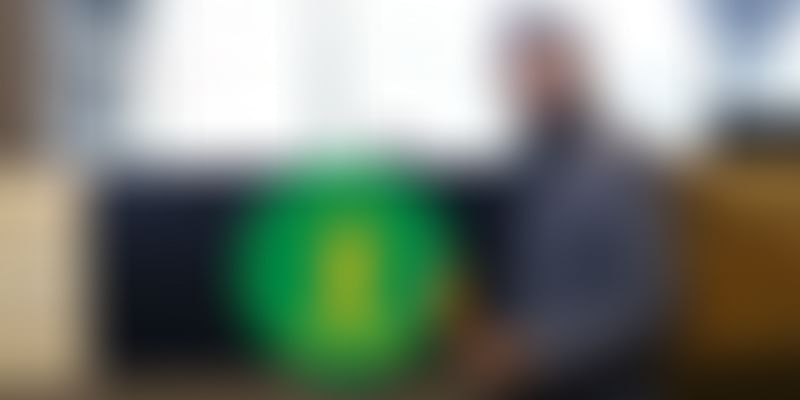 Bootstrapped Pause is a quick service restaurant that retails juices and teas, and operates close to offices in Delhi-NCR. In a year of operations, the company claims to have made Rs 12 lakh in revenue.

Summers in north India can be brutal. So, when childhood friends Vaibhav Khanna and Saurabh Sharma met one hot July afternoon at Cyber City Gurugram, the only thought was getting a nice refreshing drink.

Since the duo wasn’t keen on sugary, aerated drinks, the two decided to look for a fresh juice shop, and surprisingly came up with nothing. “While we did manage to spot a few roadside vendors after some effort, we were quite apprehensive about trying, and hardly convinced about the nutritional value,” says Vaibhav. That is when they came up with the idea of starting a quick service restaurant (QSR) serving freshly squeezed juices.

While the team originally thought of a juice and health food focussed QSR, they decided to also add freshly brewed tea to the menu. During the course of their market research, the team realised there was a lack of quality tea options, and most tea drinkers relied on either machine tea or inconsistent tasting cafeteria tea.

“We decided to address this pain point through a unique combination of fresh juice and tea menu and started Pause - The Tea and Juice Co,” says Vaibhav. The team soon realised that the target market wasn’t restricted to corporate parks, and it was equally relevant for high street, retail and healthcare locations alike.

“While we were totally convinced about the idea, we had to prioritise and tread cautiously, given our limited means. That’s when we decided to start our first outlet in a corporate building. We started working in this direction, pitched to developers and tried convincing them on our unique proposition. We focussed on how we were different from other vendors already present in their buildings,” says Vaibhav.

Since Pause wasn’t an established brand, access to real-estate developers was difficult, and developers weren’t keen on working with a new brand. After lot of meetings, discussions and presentations, the duo cracked a breakthrough with a leading developer. However, the deal came with the condition to open two outlets, one immediately, and another after one year.

“The first thing that hit our mind was the total investment for two setups, with no guaranteed sales and ROI (return on investment). With no other option left, we finally decided to take the risk,” says Vaibhav.

Setting up the supply chain process took some time, as they wanted the best suppliers for fruits, and teas, as also slow-press machines. The first six months of operations were really challenging. As it was new, Pause did not have enough volume commitment, and hence could not get the raw material, disposables, and other products delivered at the outlet.

“In order to overcome this, we had to go to wholesale markets to source the required material and had to get it personally to the outlet. We realised later how helpful it was during initial years of our setup as we were able to operate more cost effectively,” says Vaibhav.

They also had to work on maintaining the consistency and hygiene for all products.

Setting the team and processes

“We invested in the best slow press juicers available in the market, among other equipment. We also hired experienced staff keeping desirable service levels, also getting up to speed on nuances of running a QSR,” says Vaibhav.

Hiring the right people was a challenge as those with a good experience did not want to work with a new brand. With a location in hand, and date of operations agreed upon, the duo was struggling to build the right team.

“We had no one on board to take over both management of the outlet and the production, therefore we decided to take a hit on our budgeted payroll cost. With another dent on our costs, we finally had two people joining Pause,” says Vaibhav.

The first outlet was launched at Sohna Road, Gurugram, in April 2016. They started with a small menu, offering two varieties of juice and three varieties of tea for a month.

“This gave us time to understand the processes, set up the supply chain, and helped us to get our unit economics right. We spent the whole day at the outlet to gather first hand feedback from customers and then steadily expanded our menu,” says Vaibhav. In the first year of operations with two stores, the team hit around Rs 12 lakh in revenue.

Today, the Pause has 10 outlets in Gurugram. It has partnerships with Vatika and Unitech to open at their corporate park locations. The team aims to expand, and pilot other formats like a cafe model and focus on opening up in a few boutique healthcare locations.

“We are expecting more than a ten-fold increase in turnover in the current fiscal year to over Rs 1.2 crore. Our store pipeline remains very strong and we are well placed to clock Rs 5 crore revenue by end of 2018. We serve in excess of a thousand customers a day and are happy to report a repeat customer rate in excess of 80 percent and a rising share of wallet,” says Vaibhav.

Currently, the company is focussed on word-of-mouth for marketing. When one takes into account the 50-billion food-tech market, the business of juice deliveries does not come as much of a surprise. With the fruit juice market hitting a CAGR of approximately 25-30 percent, the juice business in India is highly dominated by unorganised players which hold over 75 percent of the market share.

According to consulting firm Technopak, Indian packaged juices market is valued at Rs 1,100 crore and is dominated by Dabur’s Real, B Natural by ITC, and Parle’s Frooti. In the fresh juice segment, there is Bengaluru-based JuiceMaker, and Mumbai-based Raw Pressery, which has actor Jacqueline Fernandez as an investor.

This year, Pause aims to expand its presence across all tech parks in Delhi-NCR, and to a few standalone stores and in-office cafeterias. In addition, it is also eyeing spaces in malls. It is also looking to raise its first round of funding.

“We are also working on an app-based subscription model for our products, especially in the healthy, cold pressed juice segment, wherein a customer would get a bottle of fresh juice delivered at their desk at a particular time of day for 22 days. We plan to implement this on a hub-and-spoke model through our stores in the local catchment area,” says Vaibhav. The team is also looking to open five to six flagship stores of 1,000 sq ft in Delhi NCR.