Two years in business and for Hyderabad-based Commut, the road to profits is still long 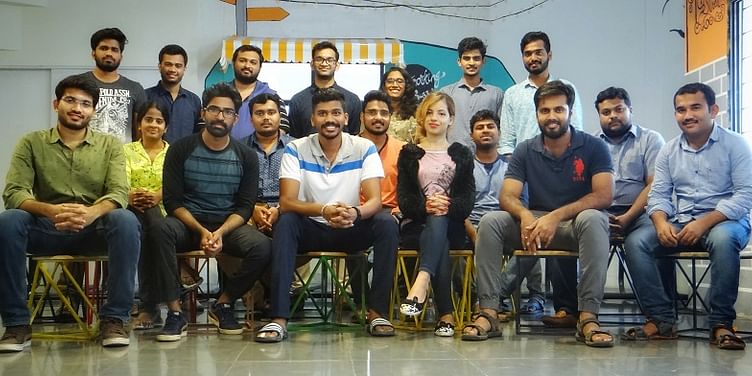 The Hyderabad-based commuting service has generated good revenues in two years, but regulations continue to stifle the technology that can change the way public transport services serves citizens.

A little over two years ago, a startup called Commut began as a mass transit service in Hyderabad. It sought to offer daily office-goers in Hyderabad a safe, comfortable, and economical way to travel to work.

While the city of Hyderabad has a strong road transport bus network, with 3700-odd buses plying at 200 percent utilisation, the load on the bus compensates translates onto the passengers, many of whom end up standing all the way to work. Imaging how travelling from Uppal to Hi-Tech city - a whole two hours in peak traffic - can sap the energy out of you. Commut set out to solve this very problem, albeit with its limited powers, marred by regulation and lack of VC money.

Commut has a fleet of 80-plus buses attached to it and covers 100-plus routes in Hyderabad with 2,500 people using Commut on a daily basis. The startup was launched by six IIIT-H students - Charan Thota, Hemanth Jonnalagadda, Prasanth Garapati, Sandeep Kachavarapu, Akshay Chennupati, and Srujai Varikuti. Five of them were batch mates; Srujai was their junior in college.

The idea was the brainchild of Hemanth because of personal experiences. His daily commute to work and back was 30 km, and he realised that there was a huge gap in transportation infrastructure and no one was matching the demand at the time in 2015 in Hyderabad. After numerous discussions and research with his batch mates, the idea of Commut was born in November 2015.

The company claims to have served 5.5 lakh rides and saved 460 tons of carbon dioxide in emissions, but a company’s success can only be judged in business numbers and not social aspects. Commut's revenue in FY 2016 was Rs 14 lakh; since then, it has grown its revenues significantly to over Rs 1.5 crore, and expects to grow over Rs 2 crore in FY 2018.

It, however, did not want to reveal financial details. RoC documents reveal only the FY 2016 number, and company sources say they are hard at work to break even in 2018. Currently, the company only serves Hyderabad, and has raised over $200,000 from angel investors such as 50K Ventures.

In the early days, within six months of inception, they received the first round of funding from 50K ventures. “We were also well recognised by the local government and were awarded the best impact startup of Hyderabad. With these initial boosts, we grew as a team, in numbers and in terms of skills,” says Charan, Co-founder of Commut.

In February 2017, the Shell Foundation recognised the company’s efforts towards setting agendas for a greener transportation system and selected them from a project grant. In October 2017, it was recognised by MAN Truck & Buses as one of the top eight global startups in logistics with a social vision.

“We continue to improve ourselves every day and grow towards our vision of making transportation simpler and easier,” Charan says.

Evolution of the business model

The business, which started off as point-to-point service based on intuitive demand, evolved slowly into a demand-based service with daily and monthly subscriptions. The customer takes a monthly pass on the app or takes a weekly pass or pays on a daily basis.

It serves only office going customers or white collar jobs such as IT and hi-tech manufacturing.

Commut built an Intelligent Demand Recognition Algorithm that helped them serve areas that needed the service. Based on market needs, they have recently begun offering corporate services such as employee transportation management services.

“Our strategy to scale is by achieving a balanced portfolio of B2B and B2C clientele,” says Charan, who is confident that they are ready to scale because of the 15x growth that they have had over a smaller base.

The company has identified a lot of zones across Hyderabad with very few transportation options. The market, the founders say, is huge. The founders say on a daily basis 3,000 million commutes happen in urban India; 33.3 percent of them are devoid of a preferred transportation mode. As per WRI Research, 50 percent of daily women commuters have expressed safety concerns regarding daily work travel.

Commut has grown with support from the Telangana Government. Unfortunately, regulatory issues have been a major challenge for shuttle services in India. The regulatory issues are mostly to do with having private operators plying in the city as public transporters.

One big challenge is the safety of commuters and the company ensures this with every driver partner being screened by the police and processes set by Commut. The driver partner should be willing to be an entrepreneur who is willing to service and offer these commuters.

There are several companies competing with Commut. While Shuttl and Zipgo are based in Delhi and Bengaluru, in Hyderabad, Commut is the largest leader and faces competition from Zipgo.

“Probably the first-player advantage and the trust factor that our customers have built on us worked to our advantage,” Charan says.

Mohandas Pai, Founder of Aarin Capital, says: “B2C companies are always going to find scaling a problem and regulation is yet to catch up on modern day technology.”

Herein lies the problem. Public transport needs to be spruced up, and from all quarters, not just by the government.

The government, for all these years, is the incumbent in managing the transportation business and regulations prevent private operators from working with a technology company.

One can ask the question if they allow Uber and Ola to operate, why can’t private buses and vans support public transportation? The answer to that lies in the fact that transportation contributes to the exchequer of each state.

A sound tax net can make things efficient, but no one is willing to come on record about efficiencies in the system. Technology companies in this space are competing with an incumbent that controls not only policy, but also the route and the police. So, it is always going to be a challenge for startups to scale up, unless there is mass adoption buoyed by a lot of private equity or venture money being spent to acquire customers and influence policy making.