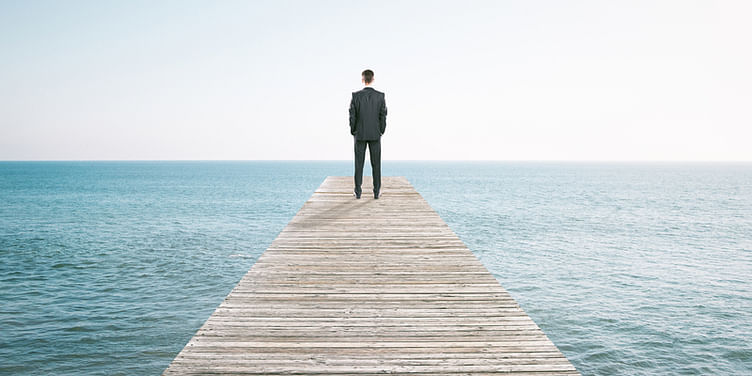 Higher cash burn, decline in deal sizes, and lack of business traction made 2017-18 a tough period for startups to navigate.

Nidhi Agarwal, the Founder of Kaaryah, a company that curated western wear for Indian women, was hard at work streamlining operations last summer. The company had broken even, and Nidhi was looking for a large round of funds. She planned to make Kaaryah a Rs 100-crore brand, and had operationally built a strong business. However, things did not go according to plan, and she had to fold her business.

“We were unable to culminate funding, despite performing well and had to fold up operations,” Nidhi says.

She is not alone because there were hundreds of startup businesses that shut shop in 2017, a fact that went completely unreported.

While more than 500 startups closed down across the country during the year, only 26 were officially identified. These include Stayzilla, Finomena, Task Bob, Yumist, and Tolexo. Others on the list of startups that folded up include Roder, Cardback, Karma Recycling, Surpluss, Genie, FellaHomes, EatFresh and Shopo.

However, this list does not take into account the umpteen startups scattered across Tier I, II, and III towns in India, whose death was not reported by the media.

Naganand Doraswamy, Founder of IdeaSpring Capital, says: “Last year, we funded only two companies. Our focus remained on technology, and we did not get many good ideas from the ecosystem.”

These are clearly hard times to start up in India. Even though interest in being an entrepreneur remains very high, the risks are higher.

Total deal sizes dropped in the pre-Series A round last year, according to YourStory’s data team. The pre-seed or pre-Series A round is very important to catapult an idea and the numbers prove that 2017 was a dismal year for funding on a year-to-year comparison. In 2017, there were only 375 deals, with a total of $188.22 million raised, as compared with 704 deals in 2016, and an amount of $218.10 million raised by the ecosystem.

V Ganapathy, CEO of Axilor Ventures, says, “The two years before this year was when several ideas got funded. Most funding happened in the B2C segment, where there were no proven business models. Now, over the last six months, I have seen that the ecosystem is focusing on ideas that can be accepted by the market.” He adds that he has been advising entrepreneurs to focus on the market that pays and keeps business operations running.

Mohandas Pai, Founder of Aarin Capital, says: “I have always maintained that B2C businesses will continue to burn cash and only one or two companies will remain. This year, the VC industry will focus on those businesses that can impact India through technology; B2B is going to be a big business opportunity.”

YourStory contacted several entrepreneurs and the senior management of their companies, but most did not want to speak about their experiences. Not surprising when they had to shut down – an emotionally and financially wrenching experience for any entrepreneur.

The biggest burn was in the foodtech industry; the rest was evenly spread across fintech, retail, and travel.

Karthick Prabhu, the former CPO of RoomsTonite, spoke to YourStory, but refused to comment on the business as he was an employee. Founder Suresh John continues to run his older company IDSNext & RezNext, but the founding team was “not reachable”. YourStory also tried contacting Yogendra Vasupal, Founder of Stayzilla, but he was not accessible. Matrix Partners, which funded Stayzilla and Finomena, refused to comment.

However, a few chose to share their experiences candidly.

Tolexo.com was a popular buyer and seller network, but the B2C business came to a grinding halt because of the lack of traction. It was funded by IndiaMart, and Dinesh Agarwal, the Founder and CEO of IndiaMart, spoke to YourStory.

“We realised that facilitating logistics through us was still a major challenge and an expensive proposition. Moreover, it didn't add much value to the whole chain as buyers and sellers are self-sufficient in the B2B segment. The only challenge was of payments and trust, and we tried to resolve it by launching a Payment Protection Programme and a payment gateway called Pay with IndiaMART,” Dinesh says.

He adds that trying to do B2B and B2C businesses together made it a lot more difficult. “This is where our hypothesis failed. So we retained only the B2B wholesale, our focus since the beginning,” Dinesh says.

Yumist, a foodtech company, which was breaking even on the pricing, shut shop because it was not able to raise capital to sustain operations.

Founders Alok Jain and Abhimanyu Maheshwari openly wrote about this in a blog. “From the very beginning, we knew that our biggest challenge will be finding a business model that’s profitably scalable. We tried multiple iterations across our supply chain to achieve this. There was a time in early 2015 when our bikers had hot meals with them based on a demand prediction algorithm and orders were delivered within 15 minutes. We delivered one such order in 2 minutes and the customer’s expression was priceless, but our P&L had a different sort of expression,” they wrote.

They added that the one thing going in their favour was that they learnt and recovered from mistakes quickly. In the blog, they wrote: “By March 2017, we had hit the sweet spot. We were making Rs 65 in margins per order at an average order value of Rs 190 (an average order for us would serve two people), our delivery outlets were breaking even at just 70 orders a day, we were acquiring new customers at Rs 180, and recovering this money within 45 days. Owing to our product quality and customer experience, we enjoyed good word of mouth (with 50 percent of our new customers coming through referrals); 70 percent of our monthly orders were from repeat customers and from March until September we tripled our revenues and gross margins. With these trends, Yumist would have become a profitable company by June 2018.”

But they shut shop because they could not raise the kind of capital the business required; a few other “internal and external factors” also led them to this dead end.

Taskbob, floated by four IIT-Bombay alumni who wanted to ensure that there was transparency in pricing in hyper-local home services, aimed to organise the industry using mobile apps. The startup wanted to get consumers online for instant and standardised home services.

The Mumbai-based company – founded by Aseem Khare, Abhiroop, Ajay Bhatt and Amit Chahalia - secured Rs 28 crore ($4.5 million) in Series A and raised a total of $5.7 million. The company was funded by IvyCap Ventures with participation from existing investors, Orios, and Mayfield.

Talking about the broad learning, Aseem says, “On the overall business opportunity, we believed the market to be extremely big and we believed that profitability would be easier as there would be more repeat customers. But we realised that the repeat rate from customers in this segment is not very high and the business model was not sustainable.”

He added that in the first year they were building the path towards scalability. “We raised resources and we built our service provider network too fast. Then we set out towards profitability, which I think could have been done in a better way.”

He adds that they hired for accountability and not efficiency. “We hired a little too fast. In hindsight, we could have done things slower,” says Aseem in a candid talk with YourStory.

Being an entrepreneur may seem glamorous, but it’s far from it. It takes grit, hard work, and a thick skin to keep plugging away at building your startup, day after day. But it’s important to remember that you never lose in business – you either win or you learn.

The Indian startup ecosystem has secured around $2 billion in funding in the first two months of this calendar year. During the same period last year, the industry was struggling with less than $1 billion in funding. So one can see a clear shift already. The momentum seems to be back with both Swiggy and Zomato bagging substantial amounts. When the right companies enter the fray with the right strategies, funds are bound to get cleared. Many of the smaller startups still haven’t learned how to pitch their business idea properly with the larger venture funds. Communication and presentation are as important as the product and business strategy. Year 2018, will see greater funding rounds and the scene will change for the better.