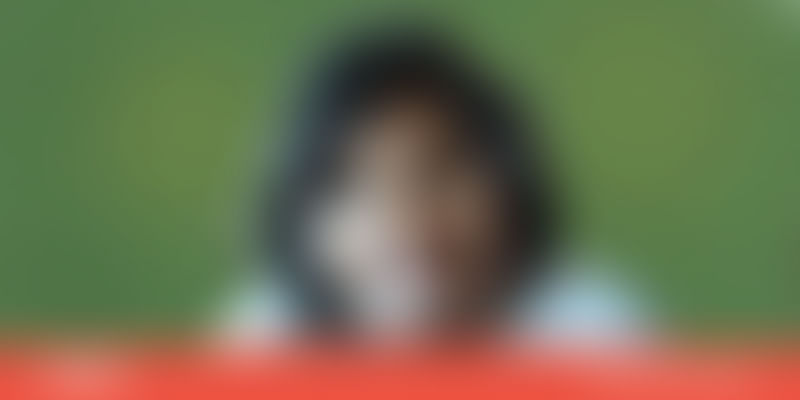 Are women in tech a rare breed? A Nasscom community study in 2017 looked at technology companies in India and found that the overall representation of women was 34 percent; there were three male engineers for every female engineer. Then a sample set of women graduating from Tier I universities from 2005-2009 threw up that 45 percent of women move out of core engineering roles after close to eight years.

While the scenario may seem bleak, it’s heartening to note that many women are making their careers in technology and honing their skills in new fields like artificial intelligence (AI).

Sandhya Guntreddy is one such woman. As Principal Program Manager in Artificial Intelligence and Research Organisation of Microsoft, she drives AI applications that enable users and companies to do more. One of the apps her team has developed is SMS Organizer, which utilises AI.

With over 18 years experience in the IT industry, Sandhya has held top positions in companies like Satyam, Intel, and now Microsoft. Her work cuts across different disciplines in the product lifecycle from customer research, design, development to program management, working with different technologies from web to mobile, Big Data, AI, and more.

A passionate and strong advocate for Women in Technology, Sandhya believes in mentoring other women in the field. She is a mentor for Microsoft’s WISE (Women in Science & Engineering) programme that mentors girl students from local colleges across the states of AP and Telangana. She has also been part of contributing to the biggest Women in Technology Conference, Grace Hoppers Conference India, and chairing the Emerging Trends track this year.

In a conversation with HerStory, Sandhya speaks about women in technology, why AI interests her, and development of the SMS Organizer.

HerStory: Can you tell us about your journey in Microsoft so far? How have you made an impact?

SG: I joined Microsoft in 2005 and it feels like I just joined yesterday. Microsoft has almost been a second home to me and an extension of the life I live. The boundary between my work and my life gets blurred ever so often but then I don’t really mind. You seldom get a chance to work on technologies that touch millions of people and make a difference in their lives.

SG: I’ve been working on Search technologies for almost a decade. Analysis, Classification and Machine Learning are fundamentals in the area of my work and my experiences and interest have been pretty much hands-on.

HS: There is a lot of hype about AI rendering human intelligence redundant? What are your thoughts on this?

SG: We’ve seen in the past that these questions were raised when there’s a new wave of technology. For example, in the 60s, when firms installed computers, and then in the 80s, when PCs came on desks. In each case, it created more jobs than it destroyed and new job profiles emerged. This is another wave and I expect we will have new jobs created and people will do related tasks that are much beyond machines.

We’ve to be ready for it and embrace it as it makes us more productive and gives us, humans, time to do more critical tasks.

SG: SMS Organizer is an app that came out of OneWeek Hackathon that is envisaged to address problems that are prevalent in India and mobile-first markets – a messy inbox.

The app is designed to sort spam, but also cut the clutter and provide a messaging service that helps and provides useful information on top. The app uses Machine Learning to not only sort messages automatically based on context, but also create reminders and reminds of your bill payments, movie timings, and train and air travel information with quick action cards.

The team, owing to the everyday culture at Microsoft, had taken privacy very seriously from the beginning and designed the app under the fundamental premise that SMS is a very private to the end user.

The app has more than 350K installs with a MAU of 170K+, which shows that people who install the app are using it continuously.

HS: Do you think women in tech in India are a rare breed?

HS: What more can be done to attract women to careers in technology?

SG: Exposure to different careers and roles at the school level is very important. Having role models would really help so that the girls get inspired.

HS: Do women face sexism as part of tech teams?

SG: I personally have not faced any such issues and haven’t heard of any in my circle. We are not treated differently, and I think that’s very important for teams to be successful.

HS: Have you faced the glass ceiling?

SG: I think as you grow up in the chain, there are things you need to unlearn to learn new things. One must be mentally prepared and have the courage to dream big and seek out opportunities. We underestimate ourselves on our capabilities and don’t ask for help easily. Once I realised this, the way I approached things changed, but this will continue in spurts. We have to be conscious of when we should start unlearning and learning new ways to do things.

HS: Can you share any interesting anecdotes that affected your career?

SG: I’d like to share two incidents that make me feel at home in the company. The first happened in when I was new to Microsoft and pregnant. One day, my manager called me for a one-on-one and when I went in, I was surprised by a baby shower. The second happened in a team meeting where we had gone with a new joinee, who was a senior. There was a passionate debate on what we should do and how we should approach, and it soon became a heated discussion between the two of us. After the meeting, both of us laughed hard at some joke and headed out to the cafeteria for lunch. The new joinee commented that he had thought we would never talk to each other and was pleasantly surprised to see that we were friends and the debate was not personal. The point I want to make is that the culture is very open and respectful, and nothing gets personal even if there is a conflict of opinion.