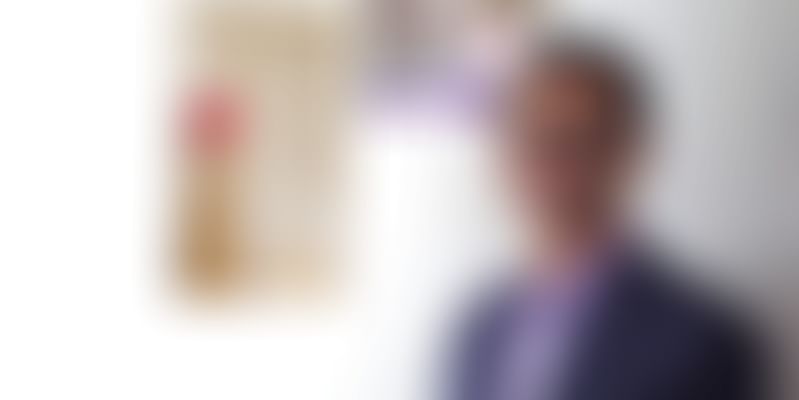 Mumbai-based Plum, which claims to be India’s first 100 percent vegan beauty brand, wants to take a bite out of the country’s $7 billion beauty industry.

Problem it solves: Skincare in an environment-friendly way

Chennai-based Shankar Prasad, 43, a chemical engineer from IIT Bombay, worked for eight years at HUL in manufacturing and product development. After completing his MBA from ISB, Hyderabad, with a gold medal, Shankar was a management consultant for two years with FMCG and financial services clients. During this time, he was also a part of the founding team for FACES Cosmetics in India.

During his travels abroad, Shankar used to be amazed by the variety and quality of consumer brands available. In 2013, he worked out the concept of Plum, which combines science and sustainability. For, Shankar felt, the country’s beauty market was missing transparency.

“Entrepreneurship was not my career plan; I talked myself into it over time. I enjoyed doing something creative, being part of something positive. Plum maintains transparency of source and ingredients for the customer, as well as thoughtfulness for resources,” Shankar says.

Plum is a much-liked fruit - juicy, wholesome, and delights on the first bite. “That’s exactly the brand personality that I’d imagined,” Shankar says. For him, the venture was an amalgamation of his values, his knowledge as an engineer, and his experience from working in the personal care space for a long time.

The brand was created in a London design studio with most products designed in the EU. As India’s first 100 percent vegan beauty brand, Plum claims to have safe ingredients, with natural extracts to suit various skin types and concerns.

For beauty, India is a large and growing market, expanding in every dimension - the categories that people are beginning to use, the diversity of choice variables, the price points that are operational, and so on. Plum targets customers of all age and income groups.

Plum offers a no-questions-asked free replacement policy on plumgoodness.com. Apart from their own website, Plum sells on Amazon, Nykaa, Flipkart, Myntra, Purplle, and Snapdeal, and is increasing outreach through retail outlets, including Health&Glow stores in metro cities.

According to Red Seer consultants, the beauty market in India is around $7 billion in size, and growing in healthy double digits. Plum expects the offline business to pick up pace in FY2019.

Although there are umpteen brands in the beauty space, Shankar believes that Plum’s differentiation stems from its cruelty and nasties-free philosophy, and in the honesty and transparency of doing things.

Despite not having raised external funding so far, Plum became profitable in 2016.

“I’m not averse to external funding. Funding depends on three things: what’s our growth aspiration, how much capital is required to meet that growth aspiration, and whether the funding partner is aligned on the aspiration and trajectory. We shall not hesitate to raise funding when the answers to these questions align well,” Shankar says.

Plum’s products are in the skin care and kajal categories with around 40 SKUs. They are priced between Rs 350 and Rs 1,175, with an average ticket size of Rs 450.

The products are manufactured in Maharashtra and abroad. They own the supply chain and take care of material management and manufacturing; delivery is outsourced.

Plum now serves around 60,000 customers per month and hopes to double this number in the coming year. Shankar reveals the secret of their success. “We obsess over product reviews (qualitative more than quantitative), being financially sustainable, channel partner satisfaction and feedback, success of new product launches, repeat customer rate, and productivity of retail stores.”

Caring for the planet

Plum is conscious about the ecological footprint of their business. The startup uses only recyclable packaging, avoiding the use of PVC (Polyvinyl chloride), ABS (Acrylonitrile butadiene styrene), and SAN(Styrene-acrylonitrile resin). Shankar claims that they avoid over-packaging and constantly look for ways to reduce the use of packaging.

“We do not use any plastic that cannot be recycled. Our tubes and bottles are made of the least damaging plastic. But we are not sacrificing on the aesthetic quality,” he says. But, are consumers conscious of such aspects? According to Shankar, Indian customers may not actively seek such a lifestyle, but they understand and are willing to be part of it. Even with social media, he says, it is hard to get the message out loud and clear. “The customer discovers these aspects of the brand on his or her own,” he says.

Shankar says Plum is careful about the claims they make, and do not do anything they cannot substantiate. “We give away 1 percent of our sales towards environmental causes, as a member of the global non-profit ‘One Percent for The Planet’,” he adds.

For Shankar, Plum’s biggest achievement so far is being able to stay in the business while sticking to its values. But the journey has not been without challenges.

Although he did not reveal the current GMV, Shankar says Plum will continue to expand along all dimensions – product, consumer reach, and distribution.

“We are now about 50-strong, with our headquarters in Mumbai and sales teams spread over all four regions. We do not sell outside India but are seeing clear interest and a few discussions are on,” Shankar ends.