How leaders shape the culture of innovation 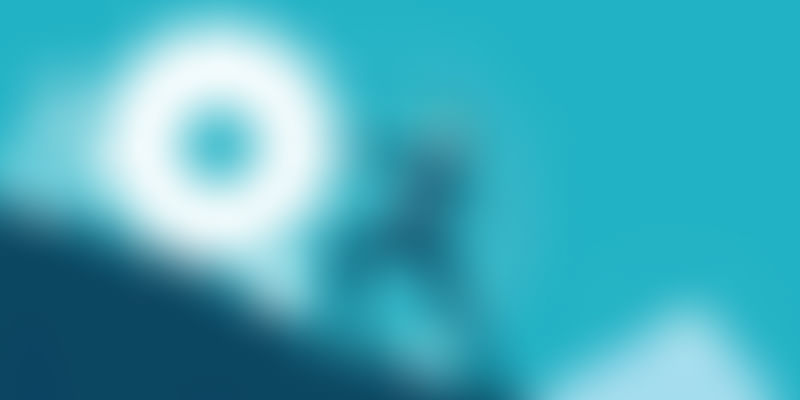 Culture is a very nebulous construct, and so is innovation. Now, let’s talk about ‘innovation culture’ for a moment!

The BCG’s annual listing of the World’s Most Innovative Companies and the Fortune’s 100 Best Places to Work ranking both attribute the leading companies with a strong culture of innovation. Such a culture manifests itself into encouraging, and often rewarding, deviant behaviour, honing diversity of all kinds, high levels of autonomy, stretched targets, small teams, learning orientation, and a few well known, but seldomly practiced vices.

While the Human Resources team is often earmarked as the custodians of culture and its attributes, I deem that the real owners of culture are the leaders, the ones at the helm of affairs. How do these individuals shape a culture of innovation? In this article, I contend that a leader has three levers to influence the culture of any workplace - people, processes, and incentives - and that the innovation culture is only an acute form of the right combination of the three.

When you visit a new country or a distant part of your own country, how do you learn about the culture? Through people’s practices, artefacts, routines, their fears and inhibitions, their motivations, how they treat each other and strangers (such as yourself), and the social order they exist in.

An organisational culture is no different. As in any culture, there is much more than people, or what meets the eye. Since, a leader must ensure that the culture endures her tenure; she must pull the right levers in the right amount - the levers of people, process, and incentives. Let’s see how.

The first of the levers is people, or the ‘who’ element of the puzzle. Most leaders spend an inordinate amount of time in the hiring process, going through rounds of interviews, psychometric assessments, background verification, recommendations, et al, and often see the same talent walk out of the organisation no sooner. In fact, research has suggested that the ‘star performers’, the so called outstanding talent which leaders often scout for, end up causing more harm than good for the team, for now the rest of the team starts to underperform, owing to moral hazard (remember the Tendulkar-effect in the 90s on Indian cricket team).

And yet leaders and managers can’t emphasise enough on the right hire and rationalisation of the team ever now and then, or at least once every two years. I will shortly be discussing that why people, even if the best in the class, do not truly shape culture in an enduring manner.

The second element is the process, the modus operandi, or the ‘how’ part. It comprises of the routines, the rituals, the Standard Operating Procedures, or the ways of doing things. Most are stated, and few are not, also called as the formal and the informal institutions, respectively, in the organisational context. It’s the process maturity that often differentiates between a start-up and an enterprise. While lack of processes can quickly lead to anarchy, too many can freeze people (read initiatives). It’s a delicate balance between an individual’s agency (read who), and institutional dictation (read how).

The third element of the puzzle is the incentive, or the quintessential ‘why’. You got the best people, have the right set of processes, and now the big question is - why should your best people follow the best processes anyways.

That’s where incentives, or disincentives, play a vital role. These are the motivators and detractors, albeit external to begin with, that shape an individual’s behaviour, and over time these become rituals. Too lose and invisible incentives can confuse the workforce, and can be counterproductive, and if used intelligently, such incentives can do wonders. And yet, most leaders never utilise the full potential of incentives, beyond offering bonuses and performance linked pays (both are post math).

Between the people, processes, and incentives, the most robust means, and yet highly overlooked attribute, is the incentives, or the rationale.

Let’s look at the attributes of an innovation culture. For the first element- people, it’s imperative to have highly creative employees, preferably from across disciplines, and a mix of relevant experience and tenure. In terms of processes, these would be the idea submission process, the review mechanism, the means of raising funds, showcasing results, and, eventually, commercialisation.

In my limited observation, most companies fail to have well defined and regulated processes for innovation management practices, instead, they assume that getting the right people is the necessary (and sufficient) condition for innovation. In fact, it’s neither necessary not sufficient.

The third element is incentives, which answers the question - why should these brilliant employees even bother about innovation. The question, however important it may be, often doesn’t get answered. Leaders assume that with enough right people, and a few processes in place, people should budge. That’s too distant from reality in most organisations. In fact, I would argue that even with mediocre talent, and ambiguous process, one can produce innovative results (read commercialisation of ideas), provided the upsides and downsides are well stated and measured.

Great organisations are the ones that bring the extraordinary out of ordinary people.

Leaders, in turn, must ensure that the processes are robust enough and the incentives are sufficiently clear that people outperform their ordinary selves. A few star performers never shape culture, the average employees do. In fact, the most outstanding ones, owing to their high market value, are not only highly mobile across firms, but also take their pound of flesh from their employers.

Hence, if the intent is to build and retain talent to lead innovation, it’s important to set robust processes and state incentives clearly, and then observe how the ordinary people thrive. That’s how change happens. That’s how great movements bring about monumental transformations. India’s freedom movement had the same countrymen marshalled through a robust process (ahimsa) and with a clear incentive (swaraj), and that transformed everything.

So, if you are endowed with the responsibility of shaping a culture of innovation, be disciplined and state the rule of the game and the spoils clearly, the players will automatically gravitate towards the field. No doubt, the best occasions bring about the best performances.

All you have to do is to set the stage.