Logistics tech is going places, but when will the cash burn stop? 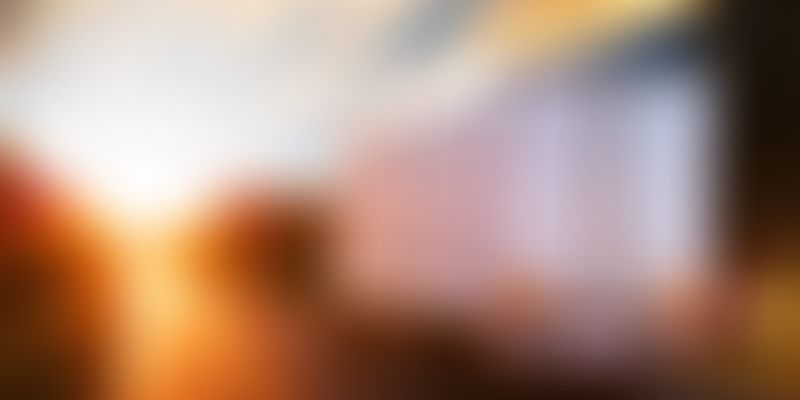 India is going through a logistics revolution with many truckers, warehouses, and shippers adopting digital technology. However, investors remain wary because the road to profitability is long.

Bhaskar Bonepalli of Bhavya Roadlines has close to 100 trucks on his roster. He manages 90 truck operators and 10 of his own. Bhaskar is one of the most digitally savvy truck operators - he makes payments on UPI, he fulfils inter-city shipping orders through an app, and is also a big proponent of Goods and Services Tax (GST).

“I believe India is going through a logistics revolution after GST; harassment at state borders has reduced, and the turnaround time to reach each market has increased. What took a week to get to Delhi earlier is now completed in five days,” Bhaskar says.

The technology helping him achieve this journey is four-year-old startup LOBB, founded by Venu Kondur and Jayaram Raju, and now on the way to becoming a large company. LOBB has already achieved $15 million GMV in FY18, and is gunning for $100 million this year.

“Logistics is big business as many truckers, warehouses, and shippers have begun to adopt digital technology,” says Jayaram Raju, Co-founder of LOBB, which offers on-demand connections between shippers, shipping companies, and truckers.

LOBB is trying to solve the problem of having full-truck loads on onward and return journeys. Many trucks return empty from their cargo destination, therefore making logistics prices expensive.

But logistics is hard work and those who build technology to bring all players - be it SMBs, brands, truckers, or shippers - together on a common platform for price discovery and transparency know that it is a business of scale. This is what investors want.

V Ganapathy, of Axilor Ventures, says: “Logistics is a big-ticket item. You need to increase the number of users, win over brands, and price the product in such a way that one makes money.”

Investments continue in the logistics industry, but are not yet in the range of big-ticket items companies like Rivigo ($180.6 million), Blackbuck ($107 million), Delhivery ($257 million), BusyBees Logistics ($155 million), Stellar Value Chain ($125 million), and EComm Express ($180 million) have raised. These are the largest fund-raises in the logistics ecosystem so far.

Kishan Aswath, CEO, Mojro, says, “Mojro aims to be the world’s largest technology-enabled logistics platform that seamlessly automates the end-to-end logistics needs of business entities and provides them with an efficient and effective means to store, package, and move goods.”

Indeed, there is an urban opportunity because there are 12 million small retail businesses and about 13 million professional (manufacturing and individual) businesses in the country, according to a McKinsey Study.

Smaller companies, however, say investors are wary of investing in logistics because the road to profitability is long. Although they don’t want to disclose their names in public, they show numbers to prove that logistics is indeed a long-term game. According to the All India Motor Transport Congress, there are close to 12 million trucks in India and about 90 percent of them belong to single-truck owners — small entrepreneurs — in small towns. This makes it difficult to integrate technology into their lives. No wonder investors see warehousing and logistics in small towns as an opportunity that requires big bets.

Ankit Sethia, Founder of HipShip, says: “It is all about getting the product pricing and increasing usage with SMBs in India. This requires a lot of capital to burn because we are practically telling people to go digital for benefits of transparency and better utilisation of their assets.”

When contacted, big names like Rivigo and Blackbuck refused to comment, stating that they would not want to remark on the opportunities ahead in the Indian logistics industry.

The problem is that not every logistics firm has covered 1 million truckers and 100,000 warehouses in the country.

Real estate consulting firm Knight Frank says India will have a total of 1,500 million square feet of warehousing in FY2019. But 90 percent of the logistics industry is still disorganised with broken technology usage. Now, what has the private equity money gone into?

If you look at the total expenses for the big six logistics firms, it has gone into incentivising truckers and offering discounts to shippers. Nobody wants to come on record on this, but HT Subramanya, Co-founder of LCM Logistics, says, “A lot of money was spent in acquiring customers. But what it did was help people like me increase asset utilisation and go digital.” He says perhaps traditional logistics companies, who did not have the same fund raise as the top six companies, faced a cash crunch in recent times because of the total collapse in pricing structures, thanks to privately funded money to capture the market.

Now, the catch is how long will private money continue to burn? This question about cash burn is usually avoided; the industry conveys that this reporter is missing out on the bigger picture, which is that modern tech is creating value and transparency.

All that is very well, but what of this deflated pricing that hangs like a dangling carrot? Answers are not forthcoming from the industry. According to RoC details, the total expenses as of FY2017 were Rs 2,971 crore as compared to Rs 2,234 crore in FY2016, a 33 percent increase in a year-to-year comparison.

Now, with data regarding expenses in FY2018 being made available only in another six months or so, we can assume that expenses would have increased. Only Stellar Value Chain and BusyBee Logistics were profitable as of last year. However, it has to be admitted that brands and shippers are benefiting with low shipping prices and are reaping the advantages of technology.

Mohandas Pai, Founder of Aarin Capital, says: “Profitability is not important as long as the startup’s target customer pays for the service and scales up the adoption of technology. Eventually, you have to make money; you cannot continue to burn investor cash to run daily operations.”

Investors took a bet that large corporate logistics players like FedEx and DHL would begin to invest in the entire supply chain infrastructure (from cold chain to warehousing to surface transport to shipping) and therefore also work with new-age technology companies by partnering or acquiring them. But this has not happened even after a decade of several logistics technology companies coming to the fore.

“With the implementation of GST, I see logistics going through a nationwide change, which will bring in larger players to work with and acquire local players,” says KK Shetty, MD of Citadel Systems, an optical fibre manufacturing company that works with several logistics players to transport material across the country.

However, tech businesses are yet to realise that agriculture and manufacturing are still catered to by local logistics players who also work with larger brands. The scale is just too big, for the moment, for modern technology - truck, delivery, shipping and warehouse utilisation technology - to penetrate the 3,500 mandis that serve 600,000 villages and 48 million SMEs spread across 70 clusters across the country.

However, the opportunity is humungous; warehousing itself is a $450billion market, according to E&Y. The trucking market is pegged at around $130 billion. India’s retail consumption is $650 billion in size. So, investors need to bet on the long-term aspects of India growing. Pricing should reflect the health of new-age logistics tech companies, who are actually out there to win the market and make going digital the need of the hour. For now, however, cash will continue to burn.