[Monday Wrap] From the Flipkart-Walmart tango to Yuri Milner's NestAway investment, your startup fix to start the week 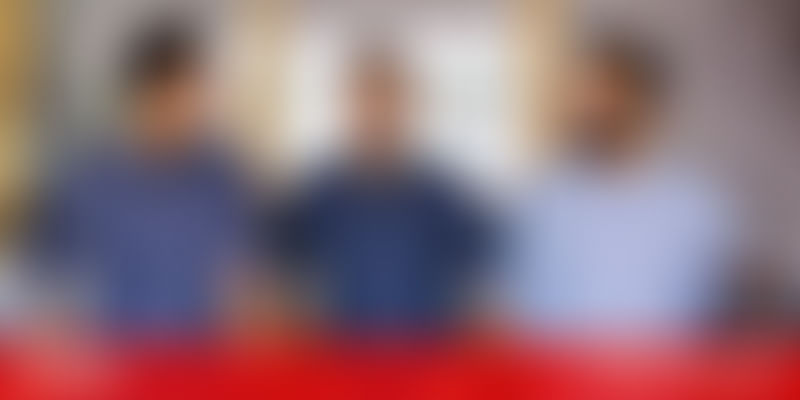 As India’s largest e-tail company looks to join forces with the world’s largest retail company, industry observers are hopeful the Walmart- Flipkart deal will benefit the customers as much as the latter’s investors and shareholders. The 56-year-old retail mammoth based in Arkansas, US, is reportedly buying 51 percent stake of the ten-year-old poster boy of Indian startup ecosystem. Not one to lose out on the vast Indian retail market (worth $950 billion according to IBEF estimates), Walmart’s Flipkart deal is its obvious entry to the country’s B2C market.

Walmart is set to enter India with a bang, and very soon at that. In its bid to buy controlling stake in Indian ecommerce major Flipkart, word on the street is it may spend this entire week trying to buy out smaller shareholders in the company like Greenoaks Capital, Morgan Stanley, T Rowe Price, and Dragoneer Invest Group, among several others.

While media reports speculate on the impending acquisition of Flipkart by Walmart, investment bankers would be racking their brains to put a valuation figure for Flipkart. Reports have pegged Flipkart at being valued between $12 billion and $20 billion, but investment bankers are working overtime to examine the books of the company and bundles of other documents to arrive at the magical number.

Russian billionaire Yuri Milner was an early investor in Facebook, Whatsapp, Airbnb, Alibaba, Twitter, Flipkart, Ola, Practo, and several others. Two years ago, Bengaluru-based home rental startup NestAway caught his eye. Founded by Amarendra Sahu, Smruti Parida, Deepak Dhar, and Jitendra Jagadev in 2015, this startup is backed by Tiger Global Management, IDG Ventures India, Ratan Tata, Flipkart, and Inmobi, among others. So, what won these investors for NestAway? Amarendra answered the question in one word: Luck. “There is no recipe (for fund raise). It’s about market, and finding the right investors who are keen on your model.”

Cyrus Gorimar fulfilled his love for making music as the drummer for heavy metal band “Brahma”, but for the love of promoting it, he founded Opium Events. Cyrus took on organising musical gigs and concerts and soon enough diversified to bring some of the greatest acts in the world to India. Starting with promoting Joe Satriani in 2004, the company brought in Sepultura and subsequently Michael Angelo Batio for a three-city concert tour, and recently handled the all-star Dream Theater tour. For the ultimate feather in its cap, it took Opium close to six months to lock in the paperwork, but it has finally managed to bring on board OneRepublic, which will perform in India later this month.

Secret destinations, camping under the stars, eating from enamel plates and breathing the crisp fresh air - most of us dream of adventure but few actually seek it. Arvind Singh, pursuing a career in oil and gas, was a weekend traveller. He quit his 10-year-old “cubicle-bound” job in 2016 to register Tourbugs and along with his wife and Co-founder Arti Navindgikar, he started offering camping services. Pune-based Tourbugs operates India’s biggest campsite spread across 350 acres in the Western Ghats in Maharashtra. A second campsite is coming up near Lonavla, and three more will be up by September.

Mumbai-based Just Deliveries is ensuring safe delivery of perishables and gifts that need careful handling. Founder Mansi Mahansaria got the idea for the startup when “I was supposed to pick up a cake for my sister’s birthday celebration. I was caught in crazy traffic, and the Mumbai heat made my cake practically melt.” Her company mostly concentrates on the delivery of perishable goods and items, without which customers would be forced to take care of the logistics themselves by arranging for cars and drivers who struggle with location, parking, and careful handling of items.

A hot cuppa is just the thing to get your brain cells charged. The love for coffee had friends Ajai Thandi, Ashwajeet Singh and Arman Sood starting Sleepy Owl, a cold-brew coffee company. “Our vision for Sleepy Owl is to rethink the in-home coffee experience. We want consumers to have the best quality coffee conveniently, and consume it as it's best,” says Ajai. Their first product in the market is a 1.5 litre and a 600ml box that is a super smooth black coffee. The product is sold at various modern trade outlets and online channels at a price point of Rs 300-Rs 600.

Various studies show there exists a credit gap of 56 percent in the micro, small and medium enterprises (MSME) finance sector in India. That gap is what Simmi Sareen wanted to bridge, and tap, when she thought of starting Loans4SME in February 2016. Loans4SME offers a platform for small businesses to raise debt capital. Loans4SME has an alternative lending platform that provides cash-flow-based financing options to high-growth companies. Being a curated marketplace, it is expanding the source of debt capital for SMEs beyond traditional methods like banks to include venture debt funds, impact lenders, and family investment offices.