He quit his Accenture job to start up Tenco, a fresh coconut water supplier 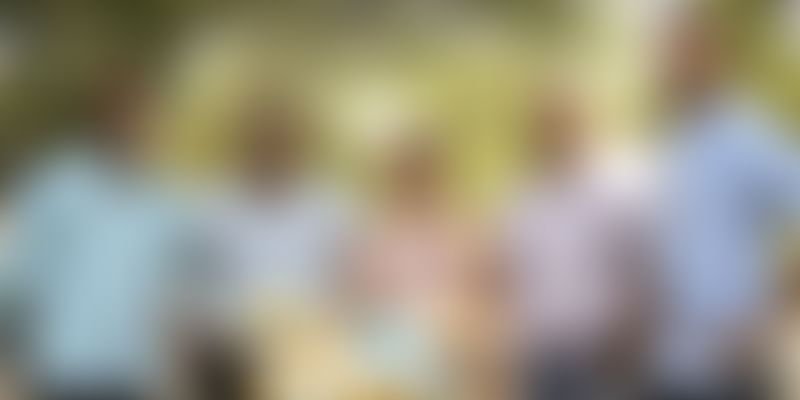 Nothing can be as refreshing on a hot summer day as tender coconut water. Most streets in Indian cities have several tender coconut vendors lined up, offering their wares to thirsty people. It was exactly what Manigandan KM’s son would do as a professional athlete.

Manigandan soon realised that every time he had the craving for tender coconut water, it meant stopping his car and buying them from the roadside. He began to understand why aerated beverages were more popular than the much-more nutritious tender coconut water; accessibility and ease of consumption were the two major factors.

That’s when he came up with the idea of Tenco. Manigandan also had an agricultural family background, which made him feel more strongly towards ensuring that tender coconut water was easily accessible. Manigandan soon quit his Accenture job, and started his company.

They developed machines that could trim the tender coconut so that anyone could cut open the coconuts with a small kitchen knife or even a spoon.

“We also have our own Tender Coconut opener with which even children can open them without much effort. We currently sell around 4,000 tender coconuts on a daily basis. A year-and-a-half back, when we started we were hardly doing 50 tender coconuts every day,” Manigandan says.

“We first gave it to our friends for feedback and we got very good response from them. That is how we started in the journey of trimmed tender coconuts,” he says.

The idea was to make the unorganised tender coconut market more accessible and consumable. Once Manigandan thought of Tenco, he roped in his colleague, Arpita Bahuguna, who was working with him for over 20 years.

“Finally the man behind the machines and the opener is Vishnu. After passing out from BITS and getting a master’s degree in the US, Vishnu came back to India to pursue his passion for building machines,” Manigandan says.

Once the team was in place, sourcing the raw material wasn’t difficult. Each one had the expertise in the needed field to help get the needed products. To source coconuts, the team spoke to local vendors, and ensured that they would get supply consistently.

“We initially started with 50 tender coconuts per day. We currently do around 4,000 tender coconuts daily. Our revenues are close to Rs 30 lakh per month and we hope to double it this summer,” Manigandan says.

“We started B2C where we deliver tender coconuts directly at the customer's doorstep. We have just started with five apartments and the response has been fantastic. We are rapidly expanding to other PIN codes as well,” Manigandan says.

There are several players entering the space, including Vadodara-based Manpasand Beverages. Reports are suggesting that other giants are keenly looking to enter the packaged tender coconut water space.

Speaking about how Tenco will stand out, Manigandan says, “We definitely have the first-mover advantage and a great team to back it up. Our varied experience brings different perspective to the business. Sourcing, distribution, and technology (both hardware and software) are critical to this business, and we have the best in the business to do all these functions.”

The team claims to have gross margin of 20 percent in B2B2C and 30 percent in B2C. Currently bootstrapped, the startup raised a round of funding from friends and family.

They aim to move to other cities like Chennai, Hyderabad, Pune, Mumbai, and Delhi. They also plan to introduce other coconut-related products, including coconut milk, coconut flakes, coconut sugar, virgin coconut oil, and host of other products.

Speaking about the future, Manigandan says,

“We are also working on waste management and we see huge potential. Coconuts waste can be used to create coco pith, activated carbon, charcoal, and we will also produce high-quality compost, which will be consumed by the farmer itself. This way, we will create a self-sustaining ecosystem for the farmers as well. Having said that, the tender coconut market alone is worth Rs 12,000 crore per year. We would like to capture at least one of the market share (Rs 120 crore) before moving into other coconut-related products.”