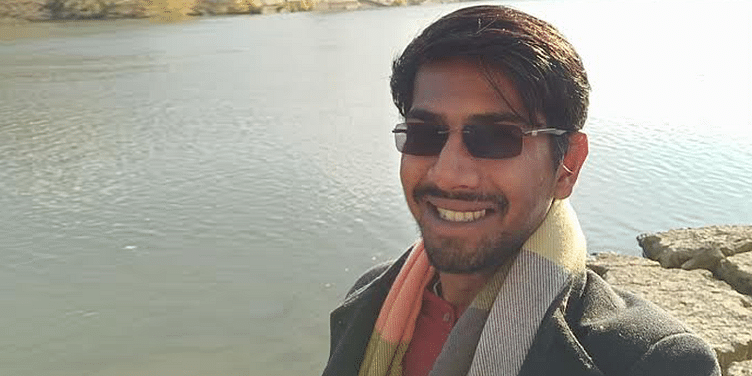 When Priyank Sukanand, a hospitality management dropout, realised that his heart was set on only the culinary aspect of the industry, he shaped his passion for pastry and confectionery arts into a career. Here’s his #PassiontoPaycheck journey.

When it comes to food, Priyank Sukanand’s craving goes beyond satisfying just his own taste buds: he gets a real high over the contented sighs and beatific smiles after they have polished off his baked goodies.

When the genes kick in

Though now a trained chef, he didn’t start to become one. He joined École Hoteliere de Lavasa in Maharashtra to study hospitality management. However, it was the aroma of food that had always been part of his life that drove his senses. Besides, genes kicked in. “My family’s business once upon a time was bakeries. My great-great-grandfather founded Naidu Bakeries that was part of Bengaluru’s history. It passed down three generations,” Priyank says.

During his École days, as an honours student in hospitality management, he realised his actual passion was to become a chef and he wanted to do nothing else. After this moment of epiphany, without a second thought, he dropped out of École and joined the Culinary Academy of India in Hyderabad to pursue his Bachelors in culinary arts and catering technology.

“I’d always had an idea I'd end up in the hospitality industry ever since I was a freshman from pre-university. But over a year into honours in hospitality management, I realised my true passion was to be a chef, to be in a noisy kitchen, to be chopping kilos of onions in slices or dices. Thus I quit what I used to believe was my calling in order to achieve the true goal.”

After graduation, he served his internship at the Ritz Carlton in Bengaluru. He feels that this stint fired his passion of being an independent pastry chef.

“During my internship, my manager assigned me to the Food and Beverages department. He put me in charge of the coffee shop, the patisserie, and the boutique. I enjoyed running the space by myself, interacting with the guests, marketing the products on sale. It was a small taster for how it would feel to run a place of my own. I genuinely thank that manager for trusting an intern to handle the space alone, to deal with cash transactions and closing of the patisserie as well.”

After completing the internship, Priyank worked in a couple of local restaurants. However, soon he started losing interest in a full-time job because of the exhausting hours, lack of creativity and the pay that was nothing to write home about.

However, another happy event was cooking. “A dream that I had since 15 came true when I was accepted to pursue my postgraduate diploma in patisserie at Le Cordon Bleu London.”

Priyank considers the day he got his diploma from Le Cordon Bleu London as his biggest achievement ever.

Of course, there is much more to this pastry chef’s story than pure chance and good fortune. After working in restaurants both in India and London, he discovered the wide disparity in both places, finding the Indian restaurant industry difficult to cope with.

“The lack of labour equality in the Indian hospitality [sector] is disappointing. The constant dearth of politeness and lack of positive behaviour and initiatives to making kitchens safer places lead to problems in managing staff.”

However, this challenging situation left a positive impact on him. “It has changed my perception of life and the world around me, and I’ve embraced that change. I’ve realised that bridging the gap between oneself and the other is the solution to the labour inequality problem in the Indian restaurant industry, and this is possible through communication. Being considerate and polite to everyone, regardless of who they may be, is really important.”

Plans for his own space

As for his plans, “I’m currently working on creating my own space in Bengaluru. I will continue to strive to achieve one goal at a time and I’m almost there at achieving the current one.” He plans to bridge skill gap in his own business by hiring self-motivated people.

“Soon I’ll face the problem that I had experienced earlier in my career. If I have to hire staff of my own, what really inspires me the most is neither their educational qualification nor their experience, but instead it’s their passion, their enthusiasm to learn, their attitude and, most importantly, their character.”

Priyank is convinced that he would not be the person he is now without following his passion. Today, when he looks back, he feels joy and a sense of contentment. “Haven’t we had enough doctors, engineers, etc.? Becoming an independent chef involves lots of practice, knowledge, creativity and hard work. I made the right choice.”

To the budding chefs and those who are afraid to trade a secure job to become an independent chef, he has a piece of advice. “Money can’t buy you happiness but only things that make you happy momentarily. Follow your passion with all your heart, strive to achieve the best, put in lots of hard work and money will find you instead. And starting something of your own in this industry isn’t a 9-to-5 job - it's even longer, but you get to call the shots this time.”