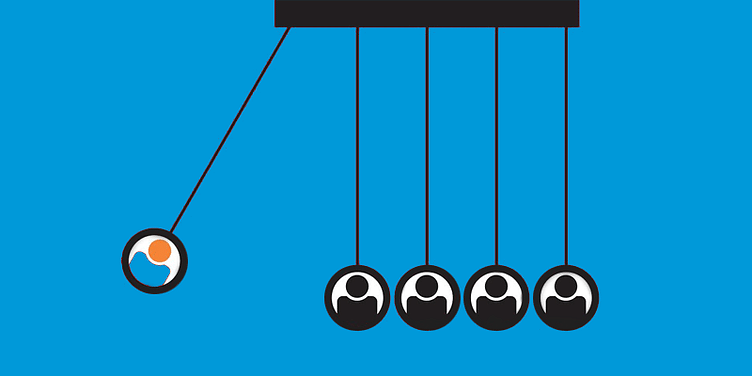 The largest M&A deal in India’s startup ecosystem has had unseen repercussions for entrepreneurs.

For many, Walmart’s acquisition of Flipkart proved that you can create large entities in India and generate value for investors, employees, and all stakeholders. But quite a few found this deal was the result of Flipkart’s incapability to go IPO on its own.

Three weeks after the deal was announced, both cheerleaders and naysayers agree that the horizontal ecommerce story in India is over, and buyouts will continue to beat IPOs.

Regardless of FDI regulations, is there too much optimism about investors’ interest? What about domestic capital?

Undoubtedly, this development is a positive one for entrepreneurship.

As Raja Lahiri, Partner at Grant Thornton advisory, says, “The growth story of a company like Flipkart has been of young people building a company, getting global scale funding from investors, growing and building scale, and finally exiting to a global corporate…. great example of the abilities and scale an Indian startup can reach.”

This deal also answers the age-old question: When do investors get their cash back from Indian startups? With SoftBank, which was Flipkart’s largest stakeholder till now, exiting with $4 billion in its kitty, that question is put to rest.

But there is more to the story.

Win or lose: the perspective problem

Although Flipkart is considered an Indian company, now sold off to an American company, Flipkart’s largest investors were already foreign – mostly from the US and Japan. But for the hard work that built Flipkart over the last decade, global investors at least do not seem to look down at the sale to the American titan.

For instance, Andy Tsao, Managing Director at Silicon Valley Bank, says, “While it is true that Flipkart will become a part of a US company, I think it unfair to say that it was anything but a great success for Sachin and Binny Bansal and the Flipkart team. They were able to build Flipkart over a decade to scale, raise substantial capital, and battle Amazon, the strongest US ecommerce company if not the world’s top ecommerce company to a standstill for several years before ultimately selling the company for $20.8 billion. Hard to see any downside in that!”

Ashish Gupta, former VP of Engineering at Flipkart and now at Rubrik, believes that the deal shows that Walmart values the endorsement of values at Flipkart.

“For somebody to value it to that amount shows that India has arrived. It is becoming a global marketplace. The Indian ecosystem will be able to build good synergy, just as Flipkart will have global reach through Walmart’s supply chain,” he says, adding that he does not see the deal as an exit. “This is not an exit; it ups the level of the game and stakes with a world-level valuation. Its impact will be on the larger ecosystem, not just ecommerce,” he tells YourStory.

The main takeaway, according to Ganesh Raju, M&A expert and Partner at PwC, is that India cannot support companies beyond a level. He believes that Flipkart could not have repaid SoftBank and TigerGlobal.

Of course, Flipkart’s own IPO would have been an A+, if one counts the Walmart deal as an A. According to Rahul Chowdhri, Partner at Stellaris Venture Partners, this is an evolving question. “Two years ago, the question was whether Flipkart would survive at all. Now they have a $20 billion exit, the question is - why not an IPO on its own?”

India’s exit scenario is poor compared to the US. While India has had over 180 exits in 2015 and 2016, and over 100 in 2017 until August, according to CB Insights, US saw 3,358 tech exits in 2016. Going public not only builds credibility but also strengthens a company’s ability to raise funds. However, proven potential for profitability is essential for an IPO, which will end up bringing in a large amount of money to the company.

According to Ganesh of PwC, IPO is not as welcome in India as it is in the US. “Only a strategic exit is possible in India currently. In the US, 30-40 startups have been listed recently without even revenue,” he says. But private equity investors always want an exit. “If Flipkart was to be sold at an earlier stage, Series A to C investors would have got an exit at a lower valuation,” Ganesh says.

Surely, an exit of this size has boosted investors’ confidence in India.

Suchi Mukherjee, Founder and CEO, Limeroad, says that there are some clear learnings for Indian entrepreneurs and investors from this deal. “Building value will take time, be prepared for over a decade of relentless execution… Staying on course is the key. This deal also signals the availability of a new class of strategic exit options for investors - global players who want to enter India but choose buy over build,” she says.

The deal also throws light on the large ecommerce opportunity in India. According to Andy, of SVB, it also illustrates the amount of capital that is required to build a market leading company in the sector. “I think an exit of this scale goes beyond those investing in ecommerce, and is good for the entire innovation ecosystem. In my last trip to India at the end of last year, we saw a growing number of B2B Saas businesses that are looking towards global markets,” he says, adding that this trend is in line with Silicon Valley Bank’s objective of helping Indian entrepreneurs as they enter the US market (and other markets they are operating in).

A firm believer in emerging markets, Andy says, “There have been many bets placed on localising existing business models based on economic growth, demographic, and secular changes in the emerging markets. Many of the investors in Flipkart have made similar bets in Southeast Asia and Latin America, and I’m sure this result will be affirming and instill more confidence to place more bets in emerging markets.”

Things are turning around already. Rahul of SVP says the foreign investors he has met recently are very keen on India now.

“Also, some of this money, which has gone to employees, will come back as angel investment or give back to startup ecosystem. We will see more entrepreneurs coming up. I think there will now be more domestic capital invested into startups. Money from Limited Partnership (LP) funds will be pouring in due to the newly acquired confidence,” he adds.

But Ganesh, of PwC, warns that this acquisition will not trigger a ripple effect. “This is more of a one-off consolidation given the nature of the industry. But this transaction would lead to lot optimism among the investors and the entrepreneurs in the startup ecosystem and hopefully fundraising should be relatively easier,” he says.

Vertical game to the fore

Chances are few that there will be another Flipkart in India. Unless it is offering an exceptionally unique value proposition, nobody can challenge the leadership or scale of Flipkart and Amazon in India. But this does not mean that ecommerce is stagnating in the country.

Adrian Lee, Research Director at Gartner Research, says that with the massive user base, India looms as an attractive market for retailers, especially since 200 million Indian consumers are estimated to be shopping online by the end of 2018.

According to Ganesh, of PwC, only the B2C sector has attracted money and talent in ecommerce so far. “B2B has been ignored till now. But now there will be more investment, and not just in ecommerce. Emerging tech startups in health, AI, and biotech will start receiving more funds now,” he says.

Also, Indian corporates have also started working with startups. “Some of them have used these tech startups as their partners, and this phenomenon will increase as time goes by. But until now, on the consumer sector, it was not happening a lot. Now the deals will encourage investment in consumer businesses,” says Rahul of SVP.

He adds that other large global online consumer businesses like Rakuten will be now keen on India. “There is no space for more horizontal platforms. But there will be more vertical players,” he says.

Flipkart’s exit can be the first of many to come, although the scale will not be so large. For instance, Indian retail is transforming rapidly, with most companies balancing an online and offline presence.

Rahul also believes that it is only a matter of time before more such deals happen. “Maybe companies are not in a space which is lucrative right now. But in another few years, there will be more public companies which are holding on their own,” he says.

Also, just like Flipkart found an exit in Walmart, Indian corporate titans also need to look in this direction. Of course, Walmart has wanted to enter Indian retail forever; this deal is a way to be fully present in India. “It is not about size and scale, but rather objectives and rationale of a deal,” says Raja Lahiri of Grant Thornton. But he adds,

“From an Indian economy perspective, Indian corporates should consider playing an active role in consolidation opportunities for startups. That will be great encouragement for startups and entrepreneurs. This momentum should continue for startups to flourish."

A lesson in investment regulations

Ecommerce, like many other sectors, has faced challenges in India due to the regulations regarding Foreign Direct Investment (FDI). Although allowing FDI in single and multi-brand retail has made this sector highly attractive to global investors, the policies have to ease a bit for more startups to be registered in India and make a mark. Flipkart itself is registered in Singapore as the country’s corporate laws are easier.

Ganesh says that a more favourable and stable tax and regulatory regime in India will certainly help in minimising externalisation of holdings. He elaborates,

“Most investors prefer to invest in entities abroad that have strong governance and stable policies. Investors are primarily looking at easy entry and exit and quick dispute resolution mechanism. Unfortunately, closing down businesses in India is extremely cumbersome and so is enforcing contracts within a reasonable time frame."

He recommends that the government address these critical issues to discourage Indian startups going abroad, at least when their entire business is based in India.

"The other aspect is patent protection. While a product can be patented in India, it is not possible to patent a 'process' and this is a huge drawback as well,” he adds.

Furthermore, as Ganesh says, the Indian market is not large enough to accommodate IPOs. “Even if you dilute Flipkart’s $21 billion valuation by 30 percent, not a flurry of IPOs can happen. There is no liquidity to put so much money in IPO. But Rs 100 crore companies can go IPO. There is only space for one or two in a year though,” he adds.

Also read: The Age of Flipkart

Of course, as Andy of SVB says, regulations and protectionism is prevalent all around the world, so India is not alone on that front. “Ultimately I’m a free trader/globalist and do believe that whatever governments can do to make markets open will ultimately benefit everyone,” Andy tells YourStory.

The question is: do we dare to dream of another story like Flipkart’s?