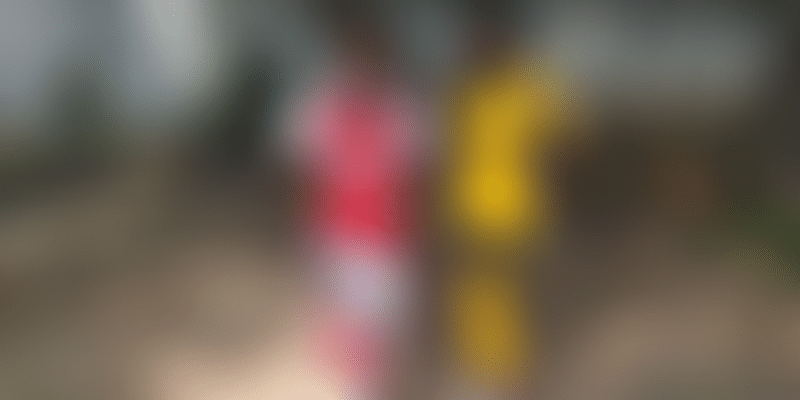 Clad in red and white jerseys, two of Tamil Nadu's football players have recently made it to an official video UK based club, Arsenal shared on its official Facebook page. Anbarasi and Chamundeswari, who study in a Government Higher Secondary School in Sholinganallur, Tamil Nadu have shot to fame because of this mention. Apart from being featured in the video, the two girls will be now sponsored to pursue their football dreams by the club.

The video, which is four minutes and 15 seconds long shows the journey of the girls from being football lovers to being spotted by the club. The duo who started practising the game in their ninth standard were coached by Aaron Thomas, who recognised the girl's interest for the game.

In an interview with The News Minute, he says,

“Chamundeswari is a forward while Anbarasi is a midfielder. When they started, these girls could only afford canvas shoes which cost a maximum of Rs 150 to 200. But the Arsenal supporters club noticed how talented these girls are and offered to sponsor their football gear, equipment and anything else they might need to play the game,” says Aaron.

For both the girls, their stint with the game came from different quarters. While Chamundeswari had always been an avid sportsperson proficient in Kho-Kho, long jump, and relay, for Anbarasi, it was only another excuse to bunk her classes. However, once they heard that the school was hosting football try-outs, they jumped in and made it to the final team.

"I had no hopes as prior to this I didn’t know anything about football. I got selected in the try-outs and joined the team. It was very motivating and I felt like even I could learn and play a sport from scratch,” Chamundeshwari confesses.

Under Coach Aaron's guidance, the duo practised the game every morning from 6.30 to 8.30. The football team at the Government Higher Secondary School has already won two zonal matches in two years and is already eyeing the district championship.

Winning the district cup is not just a matter of pride for the team. It would also secure the girls’ future as they would receive admission in the sports quota in any college in Tamil Nadu that has a girls football club. Moreover, the girls are in Class 12 now and this is the last year they have a shot at winning the district cup, adds Aaron.

The two girls have received their sports equipment and jerseys from Arsenal and their merchandise partner Puma. The club has also sponsored a goal post for the school. Both the girls, come from humble backgrounds and have been following the ongoing World Cup, they add.

“I watch all matches where Messi and Ronaldo play. I don’t wish to play like them, but it inspires me to perform to the best of my abilities,” Chamundeswari says.

With 48 thousand views, Chamundeshwari and Anbarasi's video on Arsenal's Facebook page is receiving many positive reactions.