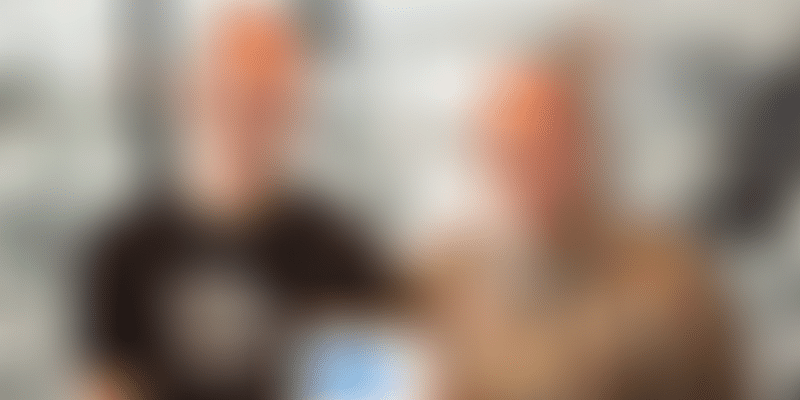 This Danish not-for-profit startup takes real-time remote assistance from millions of volunteers through the smartphone, and offers them to the visually impaired.

Be My Eyes originated as a concept back in 2012 when a 50-year-old Danish upholsterer Hans Jørgen Wiberg realised he was going blind. Wiberg had been suffering from tunnel vision for decades, and it was only getting tougher by the day.

He came up with an idea where the visually impaired could be matched with those with perfect eyesight — and those willing to assist, of course — through the smartphone, and the latter could offer visual day-to-day assistance to the former. Could eyesight be crowdsourced from volunteers, and remotely at that?

Surely it could be, reckoned Wiberg, and took his idea to the Startup Weekend at Aarhus, Denmark, in April 2012. He ended up winning the prize for the most innovative concept. At the Startup Weekend, he met his collaborator (who would go on to become co-founder) Thelle Kristensen, and the two, along with a few others, started building ‘Be My Eyes’ for iPhones.

An initial grant of $300,000 came from Velux, a Danish window and skylight company, and some assistance was offered by the Danish Blind Society, where Wiberg would go on to serve as Regional Chairman. After about two years of development, Be My Eyes was launched to the world as an iOS app in January 2015.

It was not until mid-2017, when it released on Android did the app manage to make a real splash. After half a year of being on Android, Google awarded it as the ‘Best Accessibility Experience’ app on Play Store at its 2018 I/O event in May. The app has hit over a 100,000 downloads on Play Store, and is rated at 4.9 out of 5. Simply stated, users love it.

Shortly before Google took note of Be My Eyes, Microsoft came on board to offer technical assistance through a ‘disability answer desk’. All tech-related questions on the platform are directed to the ‘specialised help’ section of the app, and answered by Microsoft’s support teams.

So, what really is Be My Eyes?

It is a mobile app that connects the visually impaired with sighted volunteers who offer visual assistance through a real-time video call. The app essentially crowdsources help for the blind through video chat.

Users are required to give the app access to the rear camera and microphone on their handsets, and Be My Eyes matches available volunteers with persons seeking help at any given time. Volunteers are rewarded with points for helping the visually challenged.

The app is free to use for both parties. Till date, nearly 81,000 ‘blind’ individuals or those with low vision have benefited from the assistance provided by 1.34 million volunteers across countries and continents.

Some of the most commonly asked for help pertains to locating kitchen items, reading the expiry date of food products, looking for something in the refrigerator, navigating menus of a music player, sighting a specific door number, and so on. Anybody located anywhere can offer remote assistance.

“It is flexible, takes only a few minutes to help and the app is therefore a good opportunity for the busy, modern individual with the energy to help others.”

Be My Eyes runs on grants and seed money or what it calls “small acts of kindness”. Power users (those who frequently seek assistance) may or may not be charged in future.

First up, the app asks you whether you’re a seeker or provider of help.

We chose ‘I am a sighted volunteer’ and were taken to a Sign Up page. By signing up, you join a “network of volunteers”.

Users can change their primary language via the Settings menu. But, only one language can be selected at any given point.

Once you choose language, the app will ask you to provide microphone access on your device. If you do not enable access, you would not be able to receive calls from those seeking help.

It could take up to a week for you to receive the first call.

The Home tab displays live stats about The Be My Eyes Community. It also asks you to take an explainer video to learn how to answer a call.

The only other tab is Stories. It offers you a glimpse of inspiring stories from both volunteers and help-seekers who are part of the community.

You can read or hear individual stories by clicking on them. These stories are updated weekly and are shareable on social media.

Verdict on the app

Be My Eyes is a barebones app, but that is enough for the problem it solves. There aren’t too many features or tabs cluttering the screen. The blue colour scheme is soothing. The goal is stated clearly and users have the convenience of having the app run in the background while they get on with their lives.

Calls for assistance are like any other video call. To add a layer of convenience, the app even has a ‘block’ feature for cases where the provider and seeker don’t get along. In such a scenario, both are not matched again. This allows both parties to have better control over the entire experience, and increases app stickiness.

That Be My Eyes is a great and noble idea has been underscored over the years. Its potential is enormous too, with over 217 million people with “moderate or severe distance vision impairment” globally, according to The International Agency for the Prevention of Blindness (IAPB).

As mobile penetration improves across geographies, and video-chatting becomes more seamless, the Be My Eyes volunteer community will only grow and light up millions of lives.