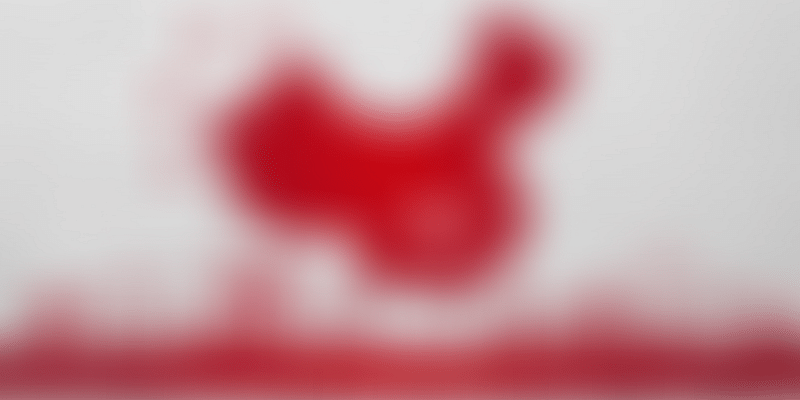 It was during the euphoria of 2015 that the Chinese made their presence felt among Indian startups. Alibaba participated in the $500 million round raised by Snapdeal and in the $700 million that Paytm raised with Ant Financial that same year. This was pocket change for a company that racked up $14 billion in sales in just one day.

Over late 2015 and into 2016, even as other investors tightened their purse strings, the Chinese remained undeterred. Didi Chuxing backed ride-hailing player Ola in its $500 million Series F round. Over the next year, the likes of Tencent, Shunewei Capital, Fenqile and Plum Ventures and even smartphone maker Xiaomi tested the waters and came back for more. Most of these deals were Series C and beyond though there were a few early-stage investments too. Two of the Chinese investor troika of BAT (Baidu-Alibaba-Tencent) are already in India.

By all accounts, the Chinese are here to stay. Indian government figures state that investments from Chinese entities totalled just $1.7 billion in the 17 years ending March 2017. However, market data estimates put the figure at about $2 billion in 2017 alone, up 3x from the year before. Which means there is definite momentum, given that these investments form 15 percent of the $13.7 billion that investors poured into Indian startups over the year.

What do the Chinese fancy?

According to YS Research, Chinese investments in India have mainly been in Ecommerce and FinTech, with five deals in each sector since 2015. HealthTech and Transportation clocked three deals each in the same period.

Not surprisingly, the Chinese aren’t taking too many risks. In terms of investments, the biggest deals that they have been a part of were in late-stage ecommerce; the smallest was the $200 million round in Paytm Mall from Alibaba and SAIF Partners (2017). The biggest, of course, was the $1.4 billion that Tencent, Microsoft and eBay put into Flipkart (also 2017).

Within FinTech, the story is a little more diverse. The biggest rounds came from Alibaba and Ant Financial for Paytm. The remaining $13 million came from six investors, four of which are Chinese (Fenqile, Xiaomi, Plum Ventures and Shunwei Capital) and it all went into the Bengaluru-based micro-lender KrazyBee.

Indian startups aren’t welcoming Chinese investors only because they have deep pockets. It’s also because they bring knowledge and expertise that helps young startups save time and effort in building something from scratch. The investors are more hands-on, providing tangible non-financial benefits. What’s more, India as a market is more similar to China in terms of scale and complexity than the West.

From copycat to copy that

China, long talked about for its copycat (“shanzai”) approach to proven products and solutions, has slowly evolved to create an innovation ecosystem that is unique in many ways. In a phenomenon that some have dubbed “reverse shanzai”, Chinese companies have moved from simply copying big brands to building an ecosystem of collaboration and product building. Companies are focusing largely on innovation and market adaption for its products. These little incremental innovations on top of existing solutions create new business models that work well on a large scale to enable mass consumption. The biggest example is probably Tencent’s WeChat, initially just a messenger app when it was launched in 2011. Seven years down the line, it is what many call a “super app” that has social media, payments, dating, cab booking, and other facilities all built in. In fact, some of the new features that its Western counterparts have rolled out are those that WeChat already has – a clear example of innovative ideas flowing in reverse.

Implementing this demands extreme agility to cater to changing market requirements and a new base of customers such as India’s new internet users who deal with low internet speeds and need super-affordable data plans to stay online. It is a philosophy which, if implemented, would work very well in the Indian market too. And it’s what Indian entrepreneurs want a crash course in.

What’s more, having a Chinese investor also means that a startup can expect to learn how to achieve scale at a faster rate. This is because many investors began as startups that have themselves achieved tremendous scale in their home market.

More than anything, I believe that for Indian entrepreneurs, Chinese investors bring a taste of what scale really means.

On a trip to China a couple of years back, I was awestruck by the sheer number of users that every successful consumer internet startup had racked up. Millions may seem impressive in India; in China, the talk was always in hundreds of millions.

Why India? Why now?

Until 2015, the Chinese – especially Tencent – were big investors in US-based technology companies. According to CB Insights, in just two years (2013-2015) the Chinese made 188 investments in US tech startups. “However, this investment has slowed as regulation has picked up and technology has advanced around the world. In particular, there have been a declining number of US investments by China’s largest internet giants, Alibaba and Tencent,” the report says.

Back home in China too, the environment had changed; foreign exchange reserves fell steeply, putting the brakes on large overseas investments. A slowing economy has also meant that investment opportunities within the country has been declining, whereas India continues to provide new options to explore. Large Chinese conglomerates like the Fosun Group are also looking to invest in traditional industries. Fosun Pharma paid $1.1 billion for a 74 percent stake in the Hyderabad-based Gland Pharma. The Fosun group was also part of a $15 million investment with Sequoia Capital in the Gurugram-based travel startup ixigo. It is also reportedly exploring large investments in real estate.

Others are waiting in the wings, exploring and evaluating opportunities. Says Meng Cheng, Chairman of the Board at Shanghai Longture Capital Management, which is looking into opportunities in online shopping, internet, gaming and TMT (telecommunications, media, and technology), “We see many opportunities for growth. India also has the opportunity to learn simultaneously from many other markets (like the) US and China, especially China. Because the Indian and Chinese markets are very similar (population size, etc.) Indian companies have very broad views and perspectives, and hence we are interested in looking at these startups. With better infrastructure and facilities, these startups can grow bigger and can have better outcomes.”

Kevin Xu, President at Ruijiang Group, is exploring both B2B and B2C businesses in India, which he describes as a good market because of its size. “In India, there are so many young people (who) want to be successful. So there is lot of opportunity. In China, there are so many investors, so there is a global opportunity for Chinese investors (to invest) in Indian companies,” he says, adding that India’s comfort with English is a bonus.

On the other side of the border, Pranav Pai, Managing Partner at 3one4 Capital, who was in China recently, says they have been seeing significant interest from China into India over the last three years. “Our first exposure to the Chinese investment push into India was with ZoomCar, where we helped put the Series B together with the founding team. Since then, we have evaluated several companies in spaces such as fintech - specifically lending and financing business models, social + news, media and entertainment, and travel with Chinese interest but we have not closed anything significant yet,” he explains.

“They have large ambitions for the companies that they are evaluating. It is refreshing to see scale in India being appreciated for its true potential.”

He believes that aspects such as preconceptions about difficulties in financial flows need to change as these have been remedied over the last four years, as has the tendency to prefer investing in familiar models that have been replicated from the Chinese ecosystem.

“We are already seeing these issues changing for the better, with Chinese investors understanding capital flows into and out of India much better and them taking for-India approaches more seriously into consideration,” Pranav says.

The momentum gained so far shows no signs of slowing down. According to Lucy Meihan Lin, an independent consultant who advises Chinese investors interested in India, there are many more big players waiting to come to India.

“The China (ecommerce) market is stable as Alibaba, JD.com control the market - so for new entrants there aren’t many good opportunities,” Richard Chen, CEO of Yuanbaopu, who is also associated with a venture capital firm in China, told YourStory.

Earlier this year, Xiaomi declared that it was going to invest Rs 6,000-7,000 crore in 100 Indian startups over the next five years. MD and Vice President of Xiaomi India Manu Jain said the company was looking to invest in mobile software tech side which will help strengthen hardware and software ecosystem. This was soon followed by a similar announcement by Tencent, which said it was looking to invest $5-15 million in early-stage startups, a marked departure from its earlier investments in established, late-stage startups.

And let’s not forget what Jack Ma, Founder and Executive Chairman of e-commerce bigwig Alibaba said at his May 2015 meeting with Prime Minister Narendra Modi in Shanghai, “We are excited about India. We are excited about Make in India and Digital India.”

Such enthusiasm will hopefully result in some solid momentum in Chinese investments in Indian startups in the coming months.